Why its important to teach film in school | Raindance Film School

Why It’s Important to Teach Film in School 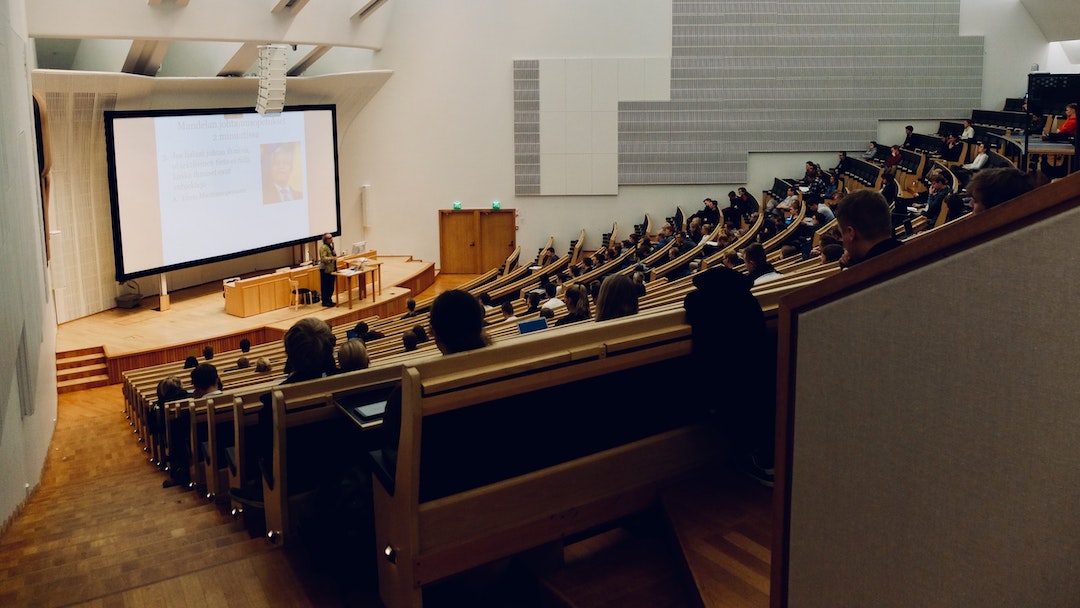 In the past 100 years, the art of filmmaking has risen from a niche industry to one of the most popular forms of entertainment around the world. Before COVID-19, watching films in theatres was still an immensely popular pastime, even as streaming services became increasingly ubiquitous. In 2019 alone, the worldwide box office raked in a staggering $42 billion in revenue.

Despite its runaway popularity as a contemporary art form, however, film is often left out of the conversation in regards to school curriculum. Generally speaking, artistic programs such as music, painting, theatre, and beyond are offered as high school electives, and are not required. Film studies classes are notably rare in secondary education settings, to say nothing of the elementary level. This fact that almost seems counterintuitive considering the visual nature of our modern, digitised society.

In a world saturated by visual media, film theory should thus be more widely offered in public schools. Film studies classes can set students up for future success, by improving visual literacy, critical thinking skills, and even boosting memory. Let’s take a look at the various benefits of introducing film theory into traditional educational models.

The arts are an essential element of a well-rounded educational experience, yet they have been increasingly pushed to the wayside in recent years. Tight budgets and changes to state mandates are partially to blame. Yet no matter the reasoning behind the continued erosion of arts education, young students ultimately pay the biggest price.

Arts education has been linked to greater academic achievement as well as improved social development. By learning how to appreciate the filmmaking process, young students are thus given valuable tools that can broaden their worldview. And make no mistake: film theory and appreciation courses have the potential to inspire students from all walks of life, not only aspiring filmmakers.

Interestingly, film studies courses owe their existence to the idea that film is an art form in its own right. Film theory as an academic discipline was further emphasized in the mid-20th century, with the so-called “auteur theory.” This social phenomenon hinged on the idea that films are ultimately the result of a director’s artistic expression, and should be interpreted as such.

Today, film appreciation courses at the secondary level may dive deep into the auteur theory. Early pioneers such as Orson Welles and Alfred Hitchcock, in addition to contemporary directors Quentin Tarantino and Martin Scorsese, are prime examples of innovative auteur filmmakers. Auteurs typically have a unique filmmaking style and vision that can be easily identified by those familiar with their work, and film studies courses provide an ideal vehicle.

The Continued Relevance of Film as an Artistic Medium

The films of Tarantino, Hitchcock, and countless more renowned directors have helped the medium to remain relevant across decades defined by technological advancements. Today, almost anyone with an elementary knowledge of the filmmaking process, armed only with a smartphone, can create a film and distribute it to the masses. And the nearly infinite variety of low-quality film offerings only serves to fuel society’s increased reliance on visual stimulation.

But it’s not all bad news: Watching movies actually has proven health benefits and may strengthen one’s memory. A study conducted in the early 2000s, for example, found that watching beloved films served to boost the attention span and overall mood of Alzheimer’s and dementia patients. During the study, participants were encouraged to shout out their favourite lines, or even sing along to a popular tune.

And as engaging in the arts can likely help improve the quality of life for dementia patients, watching films is also a powerful mood-boosting tool for audiences of all ages. For the greatest benefit, dementia and Alzheimer’s patients should be regularly exposed to films that impacted them at a young age, or that are connected to happy memories. To teach film in school allows modern children to create similar film-based memories, and openly talk about how a particular movie made them feel. Online forums and streaming services don’t provide such a personalised, intimate film experience.

Helping Students to Strive for Greatness

But film courses can catalyse even greater opportunity — that of higher education. Of course, some young movie buffs may choose to pursue a filmmaking career immediately out of high school, but countless others will find that their background in film studies is an asset to any field. When students are exposed to the arts, whether film or another form, they’re often better prepared for adult life.

A passion for film may help inspire young people to pursue a college degree, setting them up for future success. According to DeVry University, individuals with a Bachelor’s degree earn 64% more per week on average than their peers with only a high school diploma. What’s more, the skills gained in the pursuit of a college degree, whether in filmmaking or another discipline altogether, can set young job seekers apart from the competition.

Movies (as well as other forms of visual art) have been an essential part of life, childhood, and growing up across much of modern history. Yet that hasn’t stopped state governments from slashing arts programs in schools, typically leaving film studies out of the conversation altogether. It’s time to rectify that error and ensure that film studies and the performing arts aren’t confined to the realm of higher education. As school districts across the U.S. continue to adapt to the effects of COVID-19, the importance of why you teach film in school should be emphasised to ensure greater success for students of all ages.

Adrian Johansen is a writer in the beautiful Pacfic Northwest. She loves sharing information with others, learning along the way! You can find more of her writing on twitter and contently.