What Does ‘Cinematic’ Mean in Relation to Aspect Ratio? 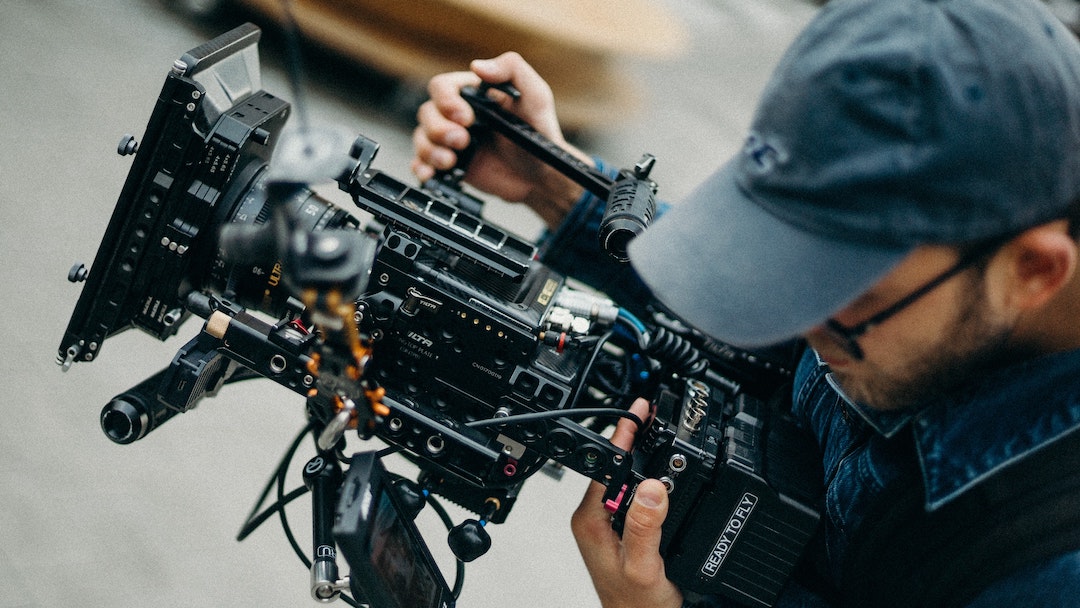 The word ‘Cinematic’ can be considered a subjective term to describe what constitutes an image worthy of cinema. Traditionally it has been a common word used to describe visually compelling or arresting images to the viewer when shown in context of a story. ‘Cinematic’ could be considered as a way to describe an image with a mood and story behind it, rather than the aesthetic quality alone. At best, these images can be composed in such a way as to convey an experience, or feeling to the viewer at a specific point within a narrative, so as to deeply enhance it and to give an unspoken subtext.

These associations are synonymous with a positive cinema ‘experience’ and are achieved through shot composition, lighting and movement of the camera within a scene. The commonly regarded examples in cinema history that are linked with the term ‘Cinematic’ are often those that successfully combine visual storytelling with a strong and compelling narrative.

In part one of this guide, we’ll try to touch upon just one of the many technical aspects of filmmaking that are often identified with what make up a ‘Cinematic’ image.

Traditionally in motion pictures, a technical differentiation as to what made for a Cinematic image was often linked to the aspect ratio that they were presented in. With the exception of cinema before the 1950’s, motion pictures were specifically being shot for a wider aspect projection in mind.

In the 1950’s, Hollywood made a concerted effort to get audience members back into theatres and away from the new-fangled gogglebox. Cinematic experiences such as VistaVision, Cinerama, Todd-AO and Cinemascope and many others were pushed hard to get audience attendance back, and it worked. With the combination of vivid colour, sound and immersive widescreen projection, audiences and filmmakers alike were primed for more and more ‘Cinematic’ experiences to be produced and seen.

Amongst many presentation formats and truly impressive technical innovations, the Cinemascope 2.35:1 to 2.39:1 widescreen aspect ratios became the most accepted standard for modern widescreen theatre projection and for home 16×9 television displays….albeit with black bars AKA ‘Letterbox’ effect. *At the time of writing, native 2.39:1 aspect computer monitors and television sets are in existence, but have yet to become a mass-adopted broadcast standard 🙁

The practice of masking or cropping regular (spherical) footage to a widescreen aspect is a common way to convey a shorthand ‘Cinematic’ look that the average viewer can identify. In a few cases, simply adding a black bar mask to 16×9 footage can work well…adding a feeling of cinema to a shot that becomes nicely framed by doing so. If the cropping of the image in post is an afterthought, results can often look terrible because the aspect ratio has not been considered and therefore the composition of image is off balance or important details inadvertently cropped away.

To truly make the most of a ‘Cinematic’ widescreen aspect ratio, the footage should be framed and shot with the intended aspect crop ratio set in-camera, or a frameline guide on the monitor/finder to ensure proper shot composition of widescreen whilst shooting. That way, in post-production the top and bottom crop of the frame will retain the intended framing, and protect you from inadvertently cropping into an actor’s face or other important detail when framed for a closeup.

The practice of masking of an image to present a ‘wider’ aspect ratio is nothing new. Historically, many feature films that were shot on celluloid have been shot in what is called ‘Open Matte’. This is where the film negative (typically 4 perf 35mm) was exposed in full width and height, and at the theatre projection stage was masked or ‘Matted’  for correctly filling the wider cinema screen. The Matte would be a physical metal mask cutout, placed inside a projector to effectively crop away the top and bottom of the fully photographed image for a feux ‘Widescreen’ aspect ratio presentation.

One advantage of shooting ‘Open Gate’ or ‘Open Matte’ was that a movie could be displayed in two distinct mediums, Theatrical projection and for home video/TV broadcast. The ‘Open Matte’ version better conformed to the shape of 4:3 aspect televisions, the matted version often being the director’s intended presentation aspect for theatrical release.

When filming while intending to use an open matte transfer, extra visuals are captured, though the film may be framed for the 2.35:1 cinema aspect ratio (inside the yellow box). When shown in widescreen versions, only the portion inside the yellow box is used; the rest is masked out. For 4:3 television versions of the film, the extra footage can be used (inside the red box). Without open matte filming, a pan and scan transfer of the widescreen version would have to work within the yellow box, cropping out a significant portion of the picture.

A modern incarnation of this reframing is here to stay, until we ditch 16:9 as a broadcast standard. Which aspect ratio looks more ‘Cinematic’ to you from the clips below?

In summary, aspect ratios can work like a beautifully crafted frame to a painting, they can focus the eye and draw the attention of the viewer in the way that an artist intended. They can be used as a literal framing device to help tell a story and establish a setting. If you have not already explored the possibility of breaking away from the 1.78:1/16:9 Aspect ratio for your next film or video project, perhaps some experimentation might help open…or at least widen your eyes.

Rob Holder is the Director of Fable Studios, a video production agency in Bristol, UK.