When you are starting out in filmmaking and have an idea for a story, it might be difficult to find a way to express yourself, so it is always a good idea to start somewhere – anywhere basically. First stop on your filmmaking journey: Genre.

There is a plethora of different types of films out there, and many of them can’t fit into just one category. This is the beauty of evolution and the world we live in today – there is a certain type of film for each of us – and there is an audience for every kind of film! Do you have a specific genre you prefer? What types of films do you tend to watch? What is that specific thing that draws you to a film? These are all valid questions you should ask yourself before you go deeper into filmmaking.

This time around, film lovers (and cheesecake enthusiasts), Dušan Mrden and Kathryn Butt, are going to help you with a little bit of brainstorming and guidance while you create the look of your film and decide on a genre to explore.

Have you decided on a genre?

D: Creating a whole new world or telling a story can be very challenging, but this is where the hard work and research comes in. As an artist, you don’t necessarily have to put yourself in a box and pursue one particular genre, but it is good to have a starting point. Pick a genre of film you enjoy watching and start there. If you like comedy, your film could very well end up being a dark comedy or even a drama with comedic elements! Find a way to expand your core genre and incorporate different styles and genres. Get to know yourself as a filmmaker.

K: Your unique brand of genre can make you stand out as a film maker and establish your tone and style. Although don’t be tempted or feel pressured to try and put as many genre combinations in as you can. Read your script, see what key genre conventions stand out to you, and see how you can maybe subvert audience expectations by using the genre – and the audience’s preconceptions of that genre – to your advantage.

Have you been brainstorming?

D: Watching a lot of films is always a fine way to get into the groove, but another good way to get your creative juices flowing is also to create a mood board. Websites like Tumblr and Pinterest can provide inspiration, and creating a visual representation of what you want helps communicate it to your crew. Sit down with your Director of Photography or your Art Director, and brainstorm the night away!

K: Also, it’s no good making a film you wouldn’t want to watch yourself. Jot down some things that have inspired you or that you enjoyed and then you’ll see a trend in what you enjoy watching. Use that to your advantage.

D: One of the most exciting aspects about filmmaking is that you have to let yourself experiment! Take a camera, get your DoP, and start exploring your options. The use of lights and camera angles can really help you tell a story. Is your film a Film Noir? Have a look at some infamous film noirs like Orson Welles’s The Lady From Shanghai (1947) or even The Man Who Wasn’t There (2001) by the Coen Brothers.

K: Exactly. There’s nothing wrong with watching other texts for inspiration. Remember, no idea exists in a vacuum. Don’t be afraid to pay homage to well-known genre texts. Remember, your audience is most-likely film literate, your references can sometimes suggest more than expositional dialogue can.

D: Whilst considering how to properly use colors in film, we can always turn to films like Alfred Hitchcock’s Vertigo (1958) for inspiration. You can use different shades of colors to tell your protagonists journey. Think about what they will wear throughout the film and how their costume changes reflect their journey. What colour can represent a certain emotion a character is going through? Take Wonder Woman as an example – Diana’s home of Themyscira is vibrantly colored, but when she goes out into world everything becomes desaturated and lifeless. When she becomes more confident, the life and the colors slowly start to come back. Maybe you want a very specific mood throughout the story, like the use of the color green in The Matrix (2000), or an overall broody noir atmosphere like in Seven (1995)? It’s up to you to explore different colour palettes and decide if you want to use any colours at all!

K: You can tell at a glance that a blue/orange screenshot on a film poster is most likely a sci-fi, so you can use and abuse this notion of colours connoting genre to your advantage. Take Her (Spike Jonze) for instance. Jonze opted to remove the colour blue from the film in post production, so that it wouldn’t look like a traditional sci-fi.

Filmmakers tend to get extremely excited about the prospect of being on set, and while this can be a truly enticing part of the production (if planned properly) many people tend to forget that post-production can be as fun as getting the footage!

D: Film posters used to be treated as works of art – they were hand painted and designed, and still today look like actual paintings. With technology being on the rise, we all now have the opportunity to express ourselves, so creating a poster for your project has to be thoroughly thought through (try saying that quickly). Use your film poster as a preview for your audience to get a sense of what is expected of them when they sit down and watch your film. Draw the audience in with a beautiful or scary poster and make them feel excited!

K: In the social media age that we live in, visuals are all the more important. Make sure yours stands out from the instagram feed. Perhaps workshop a few and get opinions from your target audience or focus group before finalising.

D: It’s very easy to create hype around a film project that you are making nowadays. Think about utilizing all the social media around you in the most effective ways – create a little story for your campaign too! Why not get a stylized behind the scenes photographer to create materials which you can ultimately use if you’re making a drama or thriller, think of funny quotes to use on your posts if you’re doing a comedy or even little short scary clips to follow your horror film.

K: One campaign that I always remember was the one for Blair Witch Project, whose marketing campaign played on the ‘true story’ element of the found footage style. They launched ‘Missing’ posters for the film’s characters, and the website was more like a news story reporting missing teens than an ad campaign. The more inventive you are, the more attention your film will get. 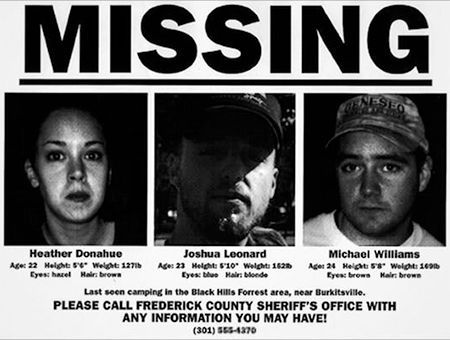 Listen to your audience

If you’re just starting out, don’t be afraid of failing. Developing your own sense of style and creating your brand can take time, so keep watching films and listening to your peers. The most important thing is that you truly believe in the story you want to create, and the people will find ways of connecting to it. If you are showcasing your work to friends or family keep in mind their own preferences and likes and know where their comments or critique is coming from – you might create a well-rounded comedy and they might speak to you from the perspective of somebody who likes drama or even horror.

These are just some of the examples of how you could play around with different things to create your world and show the audience the atmosphere present in your work of art.

Dušan (pronounced (Scooby) Doo Shawn) joined the Raindance team as Campaign and Community Manager in 2018 after pursuing an extensive career in reviewing cheese. After acquiring a BA in Media and Marketing in Serbia, he completed an extensive year in filmmaking which lead to an MA in Film and TV Production from the Cambridge School of Arts. You can find him vigorously supporting indie filmmakers whilst pursuing a career in acting at the same time.