The Stars & The Stones, and the Story of James Hughes

The Stars & The Stones was the first success, but definitely not the last…

I had wanted to be a filmmaker from a young age, but I knew no one in the industry and lived outside of London. Even those around me were not that interested in films. I could not have been more isolated from the world I dreamed of.

After I graduated from University I was determined to find a way into the film industry, but my applications for set experience in London were repeatedly knocked back.

On one of these later commutes, I stayed on and attended the Raindance Film Festival. It was the first festival I had ever been to. It blew the barn doors off. I sat there in the dark and smiled every time I saw a director’s name on the screen, wondering what that must feel like – to achieve that. I was determined to be one of them. But I had no money or kit. So I wrote a short film that utilized the only resources I had access to: my writing, a photographer friend, and an actress I knew.

The short film, The Stars & The Stones, narrates the story of a man dying of AIDS as we see his girlfriend in black and white 35mm photography retracing their life together. I entered my no-budget director debut into the Raindance Film Festival, and to my amazement, it was accepted. At the festival, I sat in the same row I had sat in a year earlier, but now waiting for my own film to come on screen for my first ever screening.

As the end credits rolled I could not stop smiling. After years of closed doors, Raindance was the first organisation to make me feel like I could have a future as a filmmaker. 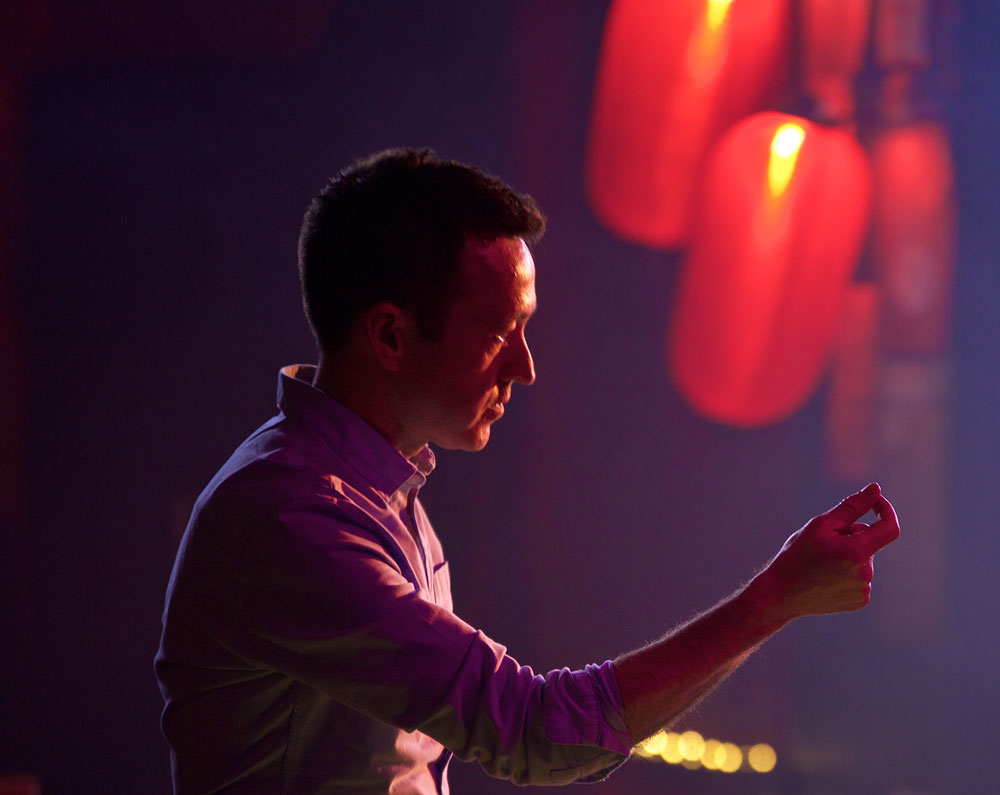 Since then, I have gone on to make more short films, all of them becoming BAFTA Qualifying ones, and each time I have been sure to have at least one rehearsal of my films at the Raindance studios.

During recent years I have sold three feature film screenplays, been a Speaker for BAFTA, served on the Executive Committee of The Writers’ Guild of Great Britain, shot a feature, and have now just been selected for BAFTA Crew.

All of this has stemmed from that special moment of my first screening. Raindance believed in me before anyone else in this industry did. They made me realise I could do this, that I did belong. And for that, they will always have a special place in my heart.

Watch the trailer for a new Short Film just released, by James Hughes

In his career, James has directed over 200 actors, and his short films have screened at 175 film festivals — his first three films were all BAFTA qualifying short films.

James has also been a Speaker for BAFTA, the Screenwriting Expo in Los Angeles, and numerous film festivals.

He was hired to direct a theatre show in Tuscany to a live audience of 4000. Shortly after, he was employed as a Story Analyst for a Los Angeles based talent agency, where he wrote story reports for their feature film department for almost a year.

His writing successes have seen him sell three feature film screenplays, and serve on the Film Committee and Executive Committee of The Writers’ Guild of Great Britain.

James has just released two new short films. The first of these, The Sands of Time, features an ensemble cast, and recently had its London premiere . The second, When the Rain Sets In, won a pitching contest on stage at BAFTA, and is edited by the Oscar Nominated Editor of Green Book.

He recently wrapped on his feature debut, the documentary, Life Inverted, after shoots in New York, London, Minneapolis, and Seattle. The film will be released later this year.

James has now been selected by BAFTA to be part of their BAFTA Crew programme for 2021.