The Female Film Club is Launching 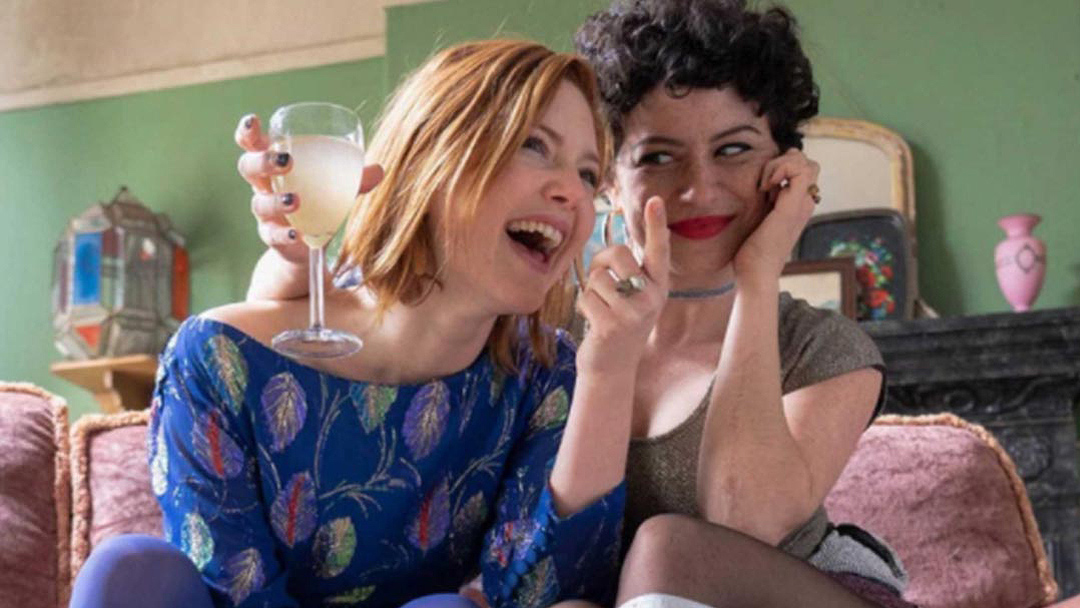 The Female Film Club is founded by Nicole Lieberman (Italian-Israeli) and Liza Van Der Smissen (Dutch). They met at the BFI London film festival in 2017 and found out they live one street away from each other in NW London, inevitably many creative coffee dates followed.

Nicole comes from a human rights background and recently completed an LLM in Human Rights Law where she was awarded the mark of  a distinction, she also works as a producer in the film industry. Liza works as an actor and received last year a 1st for her research in ‘Flawed Female Characters in Western 21st Century Film’ at Middlesex University, she has since also started working as a producer and 1st AD.

Quickly they discovered their shared passion for films that  portray the female gaze and decided to collaborate on a short film titled Neext!. Neext! had an 80% female crew and is rounding up its festival run. After premiering at the London Independent Film Festival it won various awards, and has now secured online distribution at Herflix, a platform that champions female filmmakers and the female voice.

When the lockdown in London started, they could no longer see each other daily and felt challenged by being so disconnected from the industry and each other. They wanted to continue being a part of the industry and asked each other the question: ‘how do we come together if the whole world is in lockdown?’. What they realised was that the world is more than ever connected through the disconnection. Everyone is in the ‘same/lockdown’ boat, so let’s be each other’s support network. This was the start of the Female Film Club.

Liza and Nicole believe Female indie films need to be seen. They said ‘There are so many non-english language films directed by women that don’t get the exposure they deserve outside their own territory. For the past four months they have looked at and discovered brilliant films from female directors such as: Divines (by Uda Benyamina, 2016 ), Capernaum (Nadine Labaki, 2016), Toni Erdmann (Maren Ade, 2016), Sisterhood (Tracy Choi ,2017) and Animals (Sophie Hyde, 2019).

The response of the women attending has been very positive:

Ola (Cinematographer): “The Female Film Club is an amazing and inspiring community of creative and talented women from different paths of the film industry, each bringing a unique outlook and vision to the mix. I’m very excited to be part of it!’

Molly (Actor/director): ‘Being a part of the Female Film Club has led me to watch some life-changing films that I would have otherwise not seen. It’s been a really enjoyable and worthwhile goal to watch one film per week, highlighting creatives that are not championed enough. I really appreciate belonging to this community of varied creatives; discussing films, and our industry, from different perspectives. Given the weekly space to have open discussions has solidified my own voice, and changed how I watch things.’

Alongside the variety of films that they introduced to the members the Female Film Club will also provide a valuable support system to its members. The connections made within the club will enable easy and regular communication without having to write the forced corporate ‘what have you been up to?’ email, or the too personal instagram exchange where everyone will see your holiday pics.

Member Anna (Writer/actor): Liza and Nicoles’ passion for film (and in particular female led film) is infectious! They have created a safe, dynamic, and creative space where female filmmakers can connect and support each other celebrating our collective bad-assery. Definitely one of the highlights of my week!

The Female Film Club will provide a space where professional female filmmakers can network. The app and member platform which launches on August 1st will allow members to:

Nicole and Liza created the Female Film Club so that members’ can network and be fully involved in the industry without spending extra time and money on things like travelling, drinks, babysitters etc, which we all know can be stressful.

If you are interested in joining this global network and become a member you can register from August 1st at www.femalefilmclub.com. The membership costs $7.99 and you will get the first two weeks for free. But, if you register by September 1st you will only pay a subscription fee of $4.99 per month for a whole year. Members will be able to cancel their subscription at any time. You can also reach Nicole and Liza with any question on info@femalefilmclub.com

The online networking platform for international female filmmakers. Available from the 1st of August.