The Battle of Netflix 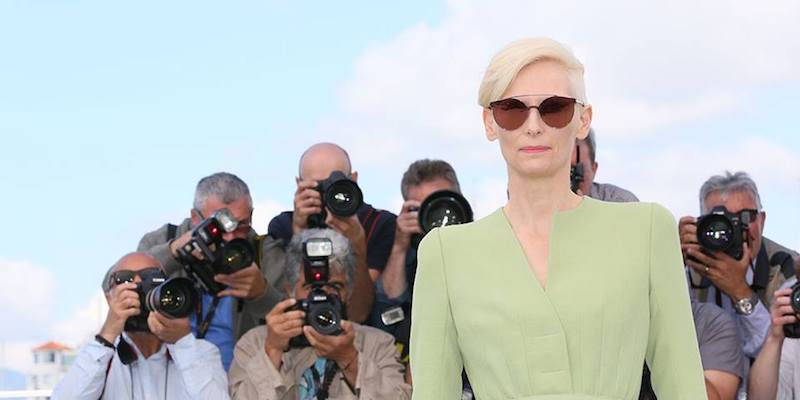 To most people, the Cannes Film Festival is the epitome of what the film industry represents in our collective unconsciousness: glamour, beautiful people doing awesome things, red carpets, flashes and validation from the masses in the form of cheers and long rounds of applause.

Every so often, however, an event will trickle through the filters of what the public wants to see and reveal what this festival more than any other means in the industry. When Quentin Tarantino won the Palme d’Or for Pulp Fiction, thus recognising the arrival of a fresh new voice, half the room booed him to which he unceremoniously replied by flipping the bird. This year, when Netflix’s first film had its first screening, people booed when the logo appeared.

Cannes is not just a privileged platform for filmmakers to launch their film and the necessary promotion, it is the film market and a place to first and foremost do business, and people will hold on to their corner.

Yes, having a film in Cannes, for a newcomer or for a veteran (“It’s always the same ones in Competition” read one of the badges handed out with the accreditations this year) is a crowning achievement for any self-respecting filmmaker’s dreams. But the battle rages on behind the scenes. It was quite apparent this year from day one.

During the Jury’s press conference, Will Smith and Pedro Almodovar clashed when the latter expressed a strong bias against the two Netflix films in Competition. The American actor in turn defended the California giant, stating that the accessibility it provided to films enhanced his household’s film culture. The festival organisers later took a stand against Netflix, instating a rule, effective in 2018, that any film they submitted would have to be released theatrically in France.

Several elements provide better context for the controversy. First of all, Will Smith is starring in a film to be released later this year on Netflix. Second, the Cannes Film Festival is not just a beacon of world cinema, it is (there is no other way to say it) extremely French. It doesn’t just have a soft spot for French films or is extremely reliant on public funding (subsidies from various film agencies and government offices), it is heavily embedded in the establishment and is slow to implement change, however necessary it may be.

As Ted Sarandos of Netflix mentioned that Thierry Fremaux, general director of the festival, was well aware of the release plans for the two films they have in competition, it is likely that the new rule was a way of relenting to change-adverse organisations of film distributors, on the heels of inconclusive discussions about the distribution chain and chronology in France.

The old and the new

The discussion about the disruption that Netflix and similar services have brought about in the industry is necessary. But having now framed the current row as being between Netflix and distributors, not unlike the argument about the new home entertainment service that is supported by Steven Spielberg, Peter Jackson and other in the United States, it should also be understood that opposing the old and the new can only work for so long.

Stanley Kubrick, arguably the conveyor of some of the most cinematic experiences in history, is on Netflix. You can watch Billy Wilder’s or Woody Allen’s movies on your tablet. Significantly, Netflix has bought Orson Welles’ unfinished film The Other Side of the Wind, and is financing its completion.

While the new Cannes rule may guarantee that Netflix films will scream in a couple of Parisian cinemas in order to calm some people’s ire (Reed Hastings can spare the bucks), we should also consider what the art form stands for. Yes, Netflix is the facilitator of many binge-watching weekends and it has identified sleep (yes, the act of sleeping) as its main competitor. But it is also now the home of boundary-pushing content: rarely had we had a cultural face for older people, let alone older women and older gay men until Grace & Frankie. It is also the home of uncompromising filmmakers like Duncan Jones, whose next film will instantaneously reach 100 million people in the world.

Amazon has been less showy in the disruption it has engineered. While it does follow in Netflix’s tracks of giving greater freedom in the way films and TV shows are consumed, it has also provided the option of traditional theatrical releases. It is certain, however, that both companies are incredibly customer-oriented.

At this extreme end of the spectrum is Netflix, whose execs have reportedly made creative decisions based on all the data collected about their users’ consumption behaviour.

The French system is at the other end of the spectrum, where the entire film industry is organised in such a way that filmmakers are almost certain to find an audience, as cultural exception quotas as well as distribution channels and film financing are working in closed-circuit. It can be then be argued that filmmakers are leaning on the self-indulgent side of artistic integrity.

While creative integrity and artistic statements should be defended, self-indulgence and making films with which an audience can’t relate isn’t what the art form is about either. In A Moveable Feast, Hemingway describes his view on how a painting should be “accrochable”, how it should be fully artistic and at the same time should also be appreciated if hung in your friend’s living room.

Film is a language- a very primal and effective language. Therefore, the expression of an idea or a worldview should certainly be articulated in such a way that the people you’re speaking to is understandable. Filmmakers should certainly learn how to craft an idea into an impactful film. Spending time learning about the craft will only liberate the art- whatever your platform or audience is.