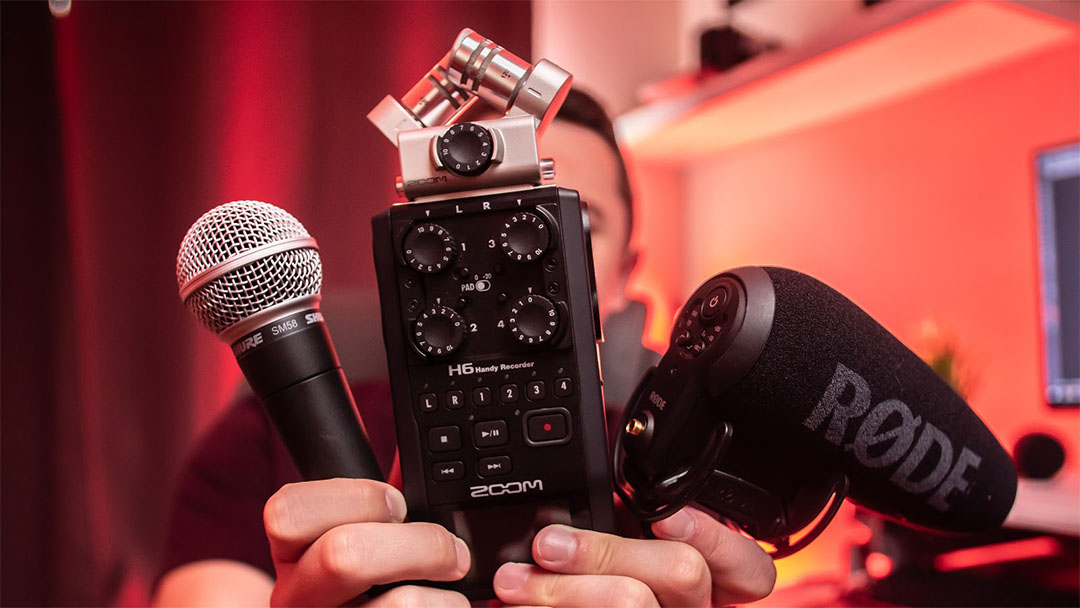 Most movie lovers only think of film as a visual experience. The images might capture the attention of the masses but the aesthetics of sound, which play a critical role in film often, may go unnoticed. Sound is everywhere and silence itself can amplify other forms of sound. As an illustration, visit the anechoic chamber at Harvard and listen to your internal organs gurgle, breathe or beat in the world’s quietest place.

Over the years, the film industry has embraced sound and has mastered it to influence the audience’s perception of the film. Sound aesthetics play a central role in all film genres but tend to shine in the horror genre. Through sound, the audience can experience a creepy, haunted old house or the sheer terror that an impending victim feels.

John Krasinski in A Quiet Place, for example, has used the absence of audio to create an exceptional unnerving experience. Watching a family that lives in silence in a world full of monsters that hunt via sound, builds an atmosphere where the faintest of breezes or creature noises remarkably affect the visual scene and its interpretation in a grand scale. Below are some of the most important sound aesthetics concepts for the budding filmmaker.

The film audience of the day can tolerate low picture quality content but will not pay any attention to productions that have poor sound. A video with horrible or low audio is one of the most painful things that you can endure online.

The single system captures sound directly into your camera. The sound will, therefore, record simultaneously with your images. This process is very easy and you will not need the synching process while in the post-production phase of filmmaking. Most documentary and news content producers use the single system process of audio recording to ensure quick production.

The double process of recording sound is utilized in processes that require a higher grade of sound than a camera can produce. They are therefore more suited for professional sound recording as they will produce top-notch sound. The dual system sound is very popular with motion picture makers. In most DVD productions, you can for instance access the film’s audio goodies such as headphones, microphones, or wireless packs.

The movie producers can provide these sound options by recording their sound on separate devices. This technique will improve the quality and consistency of your sound, recording less compressed sound formats as it is with single audio systems. While the dual system sound allows for flexibility and creativity in recording, it is also more challenging to set up and run.

The human brain has a natural expectation that an image will behave realistically. For this reason, the brain often assaulted by different sounds will filter out the sounds that it deems unimportant to a task. To ensure that the audience does not filter out sounds that are critical, you have to manipulate the usage of audio. This is where the concept of selectivity comes into play.

As an illustration, the microphone at work will record all sounds in its vicinity. Consequently, a  filmmaker has to eliminate the distracting cacophony of sounds, to ensure that the soundtrack does not draw too much attention to itself. Before recording, all controllable environmental sources of sounds such as mobile phones or electronics must be switched off.

If you are recording near uncontrollable sounds such as vehicles or airplanes, pause the recording till the sound ceases or pick a quieter location.

There are varieties of microphones available for audio recording. The zeppelin shaped shotgun microphone on a boom pole is synonymous with video and film sound recording. This microphone can pick up all important sounds while eliminating excess noise from the environment.

The dynamic microphone does not have the directional features of a shotgun mic. It is however highly dependable in loud spaces and is therefore very popular with music performers. The minute lavalier microphone clips onto an actor’s costume when recording is on. They enhance the freedom of movement but have to be placed strategically to capture sound optimally.

Communication is vital during audio recording. Your recording technique requires a protocol that correctly communicates all aspects of the job. You need to collaborate with other sound team members and come up with rules that govern sound levels, and actor or mic placements. Such guidelines will help design a clean environment for sound capture.

Your sound team also needs to communicate aptly with the production team when there are problems in audio quality. Mention any cases of low volume in dialogue or any ambient noises. This form of collaboration will ensure less re-recording during postproduction.

Sound aesthetics have a significant impact on the film’s overall aesthetics, narration, and emotional response. This is the reason why sound engineering is now a part of the movie industry’s creative process. Well done sound aesthetics for the film will elevate the visual part of a film. Use these concepts above and perfect your audio recording prowess. For additional inspiration, use the best SFX and sound effects to enhance your content.

David Freudenberg is the active public relations manager for DJO Productions an awesome suite of websites providing free custom easy to use, tools, soundtracks, visuals, special effects, VFX, and resources to take your film to the next level. When he is not building relationships for DJO Productions. He enjoys spending time with family and friends.