Should films have a message? - Raindance

Should films have a message? 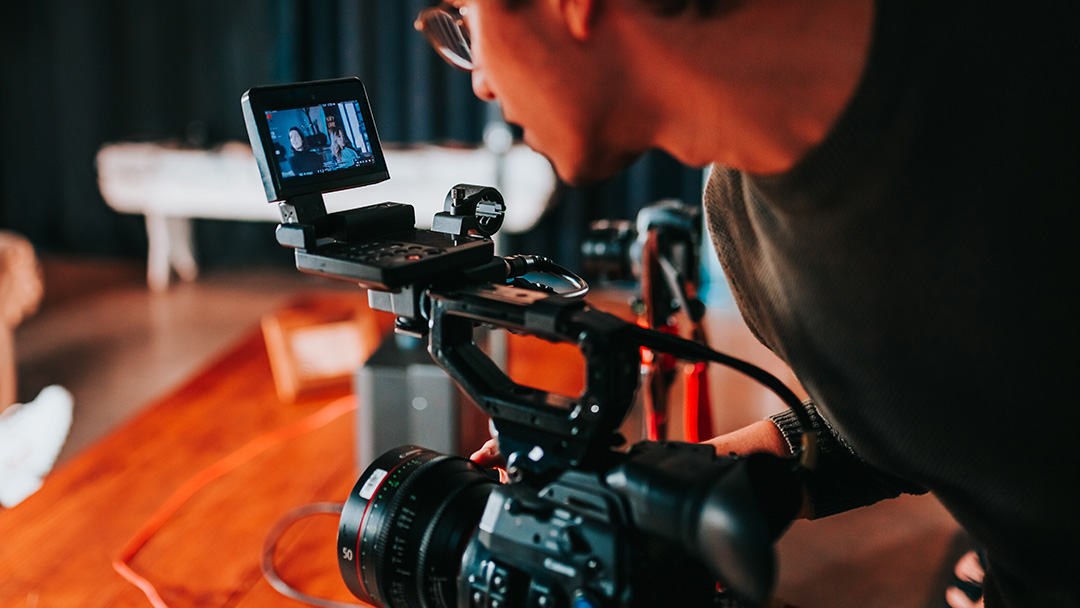 The legendary film producer Samuel Goldwyn famously said that “Pictures are for entertainment; messages should be delivered by Western Union” and I suspect that many cinema goers across the world probably agree with him. However, I believe his assertion is simplistic because whilst movies that ram an ideological viewpoint down the viewer’s throat at the expense of plot or characterization are unlikely to engage the audience, movies that fail to tell us something about the human condition or the zeitgeist are more likely to be mere ‘chewing gum for the mind’ and quickly forgotten.

A movie is generally only around 90 minutes long so if your screenplay has an on-the-nose, regularly reiterated ideological message then a lot of minutes that could be spent adding flesh to the characters or emotional depth to the film will be lost. Moreover, when a political standpoint becomes obvious it reduces the viewers’ engagement because it takes them out of the moment as they stand back from the film and ruminate about the message that the screenwriter and/or director is trying to deliver rather than becoming immersed in the audio-visual experience. Indeed, a movie that persistently and obviously reiterates a political viewpoint is little more than propaganda and whilst Leni Riefenstahl’s pro-Hitler ‘Triumph of the Will’ may have used impressive film-making techniques it doesn’t make for a compelling drama!

But it’s not just propaganda movies that overly state the filmmaker’s political agenda and, in so doing, reduce the emotional impact of a movie. Whilst I know it’s sacrilegious to criticize our very own left-wing auteur Ken Loach (and politically-speaking he and I are singing from similar song sheets) I find viewing some of his films, like ‘Jimmy’s Hall’ or ‘Route Irish’, to be akin to watching a party political broadcast and that reduces my enjoyment. Having said that, Loach’s 1966 film ‘Cathy Come Home’ directly led to the foundation of the homeless charity Crisis and legislation that targeted homelessness and it’s pretty hard to criticize one of the very few directors whose films have actually resulted in a tangible benefit to society!

I also believe that films that make absolutely no attempt to tell us about life and society (or at least make us think about it) are unlikely to be classics that linger in our thoughts. In fact, if you’re going to make a ‘pure’ action film or a ‘pure’ comedy then it better be damned good if it’s going to enter the cultural conversation. Having said that, there are obviously ‘uncomplicated’ movies out there that ask nothing of the viewer yet provide pure entertainment unsullied by insights into the human condition. Even the most tenacious movie analyst might be hard pushed to find philosophical enlightenment from Arnie’s hyper-violent ‘Commando’, the Farrelly Brother’s gross out comedy ‘Dumb and Dumber’ or pretty much any of the Bond films… though I bet they’d try! Indeed, I recently read that the ‘pure’ horror film ‘The Texas Chain Massacre’ is actually a pro-vegetarian diatribe!

Still, these supposedly message-free films are most certainly the exceptions and even a superficial analysis of many of the blockbusters of the last few decades reveal quite clear agendas: Jaws isn’t really about a nasty shark, it’s a post-Watergate attack on corrupt authority figures. Star Wars aims to highlight how easily democracy can be replaced by tyranny whilst Avatar promotes a strong environmental message, Alien (and Aliens) both have strong anti-corporate messages and Forest Gump espouses the virtues of conservative values.

In fact, whole genres often endorse particular agendas. Many traditional horror films are actually deeply moral as characters who have sex or engage in unethical behaviour are quickly dispatched (tropes that were beautifully exposed in the ‘Scream’ films). Sci-fi films as diverse as 2001: A Space Odyssey and the Terminator Films aim to highlight the dangers of technological progress. Most war films, from All Quiet on the Western Front to Apocalypse Now and Platoon, promote a strong anti-war standpoint. Sometimes, the average viewer may not appreciate or even notice these intended messages, but they enter the subconscious and make the viewing experience a more memorable one.

My film, Trick or Treat, whose screenplay I wrote after having attended a couple of enlightening Raindance scriptwriting courses, attempts to highlight the epidemic of male depression in this country though (hopefully) it does so in the least depressing way possible. On one level my movie is simply a psychological/crime thriller, but I wouldn’t have been able to devote three years of my life to producing it had the theme it explored not been close to my heart. At one point my film quotes the appalling statistic that suicide is now the biggest killer of British men under the age of 45 (with one of my friends part of that horrifying statitistic) but I made sure I never ram that message down the viewer’s throat and some viewers may simply enjoy the non-stop thrilling rollercoaster ride that the protagonist goes on.

Having a message, albeit a subtle one, or at least posing interesting questions in a movie is as important as espousing a viewpoint or a personal insight in a play, a novel, an artwork or even a song because it adds gravitas to the creative endeavor. However, if the plot or characters are sacrificed at the altar of a political agenda then the film is unlikely to grab the viewer’s attention. The fact is that, despite Mr Goldwyn’s misgivings, most films, consciously or not, promote the director and screenwriter’s philosophy and if they don’t they are unlikely to enter our cultural consciousness.

Some filmmakers may not like to admit it, but it turns out that we’ve been working for Western Union all along!

‘Trick or Treat’ is available to rent or buy on all digital platforms from 1 June including Amazon.

Geraint Anderson (@cityboylondon) has recently written and produced a feature film ‘Trick or Treat’ that is headlining the Marbella Film Festival and will be released in cinemas on 25th October. Follow its progress on Facebook.comor Twitter