by Elliot Grove | 24 December, 2019 | In Our Opinion, Promotion, Marketing and Distribution, Screenwriting | 1 comment 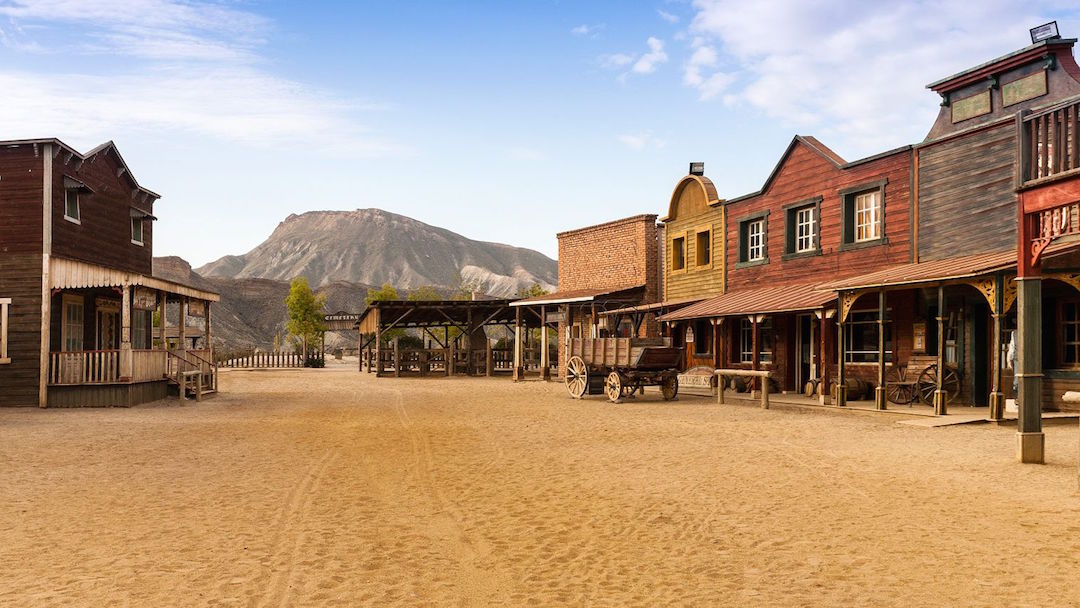 Social stage is the point at which the society of your hero has developed. All societies evolve through distinct social stages. Choosing one of the 4 social stages allows you to communicate a great deal without resorting to dialogue.

Civilizations tend to develop over time. There are four key stages. Allow me to use the example of the Roman Empire. In the beginning the people were nomads, traveling alone or in small bands. Then, they discovered agriculture and settled down into villages. Some of the villages became so large that they turned into cities, and after time, city life became corrupted to the point where the rules for living were altered out of all recognition in a state called the oppressive city. The inhabitants then suffered a series of attacks by barbarians and the civilization sank into the Dark Ages.

Without turning this into a dissertation of cultural development over the millennia, let’s simply put the social stages into four unique areas – each with a particular type of hero, a unique breed of opponent, special concerns and particular values.

1Wilderness and the super-hero

There are no buildings in the wilderness, and the hero travels alone or with a band of disciples. Nature is vast and all-powerful, threatening the existence of everyone. The hero is a super-hero because he is the only character capable of fighting the forces of nature and surviving. Death comes early and quickly to the weak. Roving bands of barbarians circle the group as they travel in search of after and food. The people’s main concern is to survive, to reproduce and be in harmony with nature, using the knowledge and strength of the super-hero.

At the end of wilderness stories, the super-hero leaves his group (sometimes called disciples) at the foot of a steep cliff or mountain, and climbs up into he clouds where he (super-heroes are always male) receives divine inspiration – which he writes down. Upon his descent he shows these words to his disciples and they become new rules for living that change forever the way men live. For example, Moses and the Ten Commandments. Most religious stories fall into this category.

If you were capable of writing a story set in the wilderness, where your hero receives divine inspiration, which you could write down, and show us – you would no longer be known as a screenwriter – rather – a religious prophet.

2.Village and the classic hero

I define a village a small settlement. You can stand on one end of the village and see all the way to the end. Perhaps there is one traffic light. The buildings are single story, and there isn’t a great deal of difference between the structures. The general store, courthouse and a private dwelling aren’t that different and usually they are built with the same materials. In the back gardens there is a wooden fence, generally under construction, or falling into disrepair – symbolizing the barrier between civilization and barbarianism. As the building are single level, so too the villagers. They are all roughly of the same social status, although if a stranger arrives into the village, one of the villagers will speak on behalf of the villagers: the priest, the sheriff, the schoolteacher or the judge.

Society has evolved to the point where man has created basic shelter that will survive the seasons. The social structures of the village are young and developing. The village is surrounded by wilderness is exposed to the forces of nature (although no where nearly as strong as in the wilderness), and the villagers are prone to attack by roving bands of barbarians. The villagers mistrust anything from the wilderness, to the point that anyone they do not understand, or who is different from them, is considered to be a barbarian too. The barbarians want the village destroyed because the village represents the new, and it encroaches on their freedom to roam. The barbarians do not understand the change in the society that has created the village.

Have you ever been driving in the countryside and stopped for a drink in a local establishment off the beaten track? Do you notice how the locals look at you when you enter? You are considered a barbarian, bringing new and possibly evil things, to the village.

The classic hero will use his talents as a warrior to help the fragile community deal with the savage forces they cannot physically or morally handle themselves. Society has not reached the point where discussion and verbal are tools for dissipating problems. The village does not have a courthouse and the jail is generally a very simple one.

Village stories share a sense of good and evil, black and white. Although the values of the villagers and the classic hero may not be correct, according to our principles, basically everyone inside the town is good, and everyone outside of this village is a barbarian or savage for whom destruction is the only option.

By warring with other characters from his own social stage, the classic hero is a doomed figure. He (classic heroes are predominantly male) is used by the villagers to destroy barbarians in order to allow the village to grow and prosper. The classic hero has no place in the village and once his task is done, leaves, or is forced to leave. Many screenwriting books talk of the need for a character to grow and develop. In village a story, the hero does not change He ‘rides off into the sunset’ unchanged. What has changed are the villagers, who are at a higher level, because he has saved them from the roving bands of barbarians, or, they are at a lower level, having been exposed of their wickedness and corruption. And excellent example of this is John Dahl’s Red Rock West starring Nicholas Cage and Dennis Hopper.

Examples of the classic hero include the pioneer, the samurai and the westerner. In other social stages the qualities of a classic hero can be incorporated into this hero in a different stage For example, super-cop – who lives in a city filled with barbarians – is discarded once his task has been fulfilled.

3.City and the average hero

As the village grows and spreads out, at some point it reaches a physical boundary, and can no longer spread horizontally. It must now spread vertically. The village develops into the city. Contrasting with the social stage of the village, the city is a place of hierarchy, rank, privilege, vast differences of wealth and power.

This is the world of the average hero, of everyman and everywoman who is ordinary in every way – no stronger, brighter, dumber, or wealthier than anyone else in the city.

Some examples of the average hero can be found in Michael Dorsey in Tootsie, Karen Blixen in Out of Africa, Frank Galvin in The Verdict and Dorothy in Wizard of Oz.

4.Oppressive city and the anti-hero

When the city grows so dense, so tight, so technological and bureaucratic, it becomes a place of enslavement. Where it once was intended as a place of nourishment, where it’s citizens could expect to have a decent job and a decent life. Once the city was a place where the arts flourished hand in hand with commerce, making a dynamic community. Now, however, the city has knotted together so tightly that it can no longer help its citizens. Instead it uses its citizens to further itself, devouring in its thirst to sustain its bulk. Often, the controls of the machinery driving the city are held in the hands of the powerful and mighty few.

Stories set in this stage feature the anti-hero. The anti-hero can have two distinct traits.

He could b the person who will not be beaten down by the oppressive city and who is there fore sent into exile. A variation on this is the citizen who discovers by accident, or witnesses a crime and holds the key to keeping someone in power – meaning that they are hunted and pursued, often to the death. (thriller) Blade Runner, Cool Hand Luke, Shawn of the Dead

Or, he could be the person who stays and is beaten down – the incompetent, the bumbler, and a character who is unsocial or anti-social.

Examples of the anti –hero include Chouncey Gardner in Being There, early Woody Allen characters, Ratzo Rizzo in Midnight Cowboy, Travis Bickle in Taxi Driver, as well as Jim Carrey in Pet Detective and Me, Myself and Irene.

The next development of society is for it to crumble under it’s own weight, and (the citizens who survive) are returned to the wilderness – for example Lord of the Rings.

As society gets larger, nature and the hero get smaller.

The next trick is using the 4 social stages in your writing.