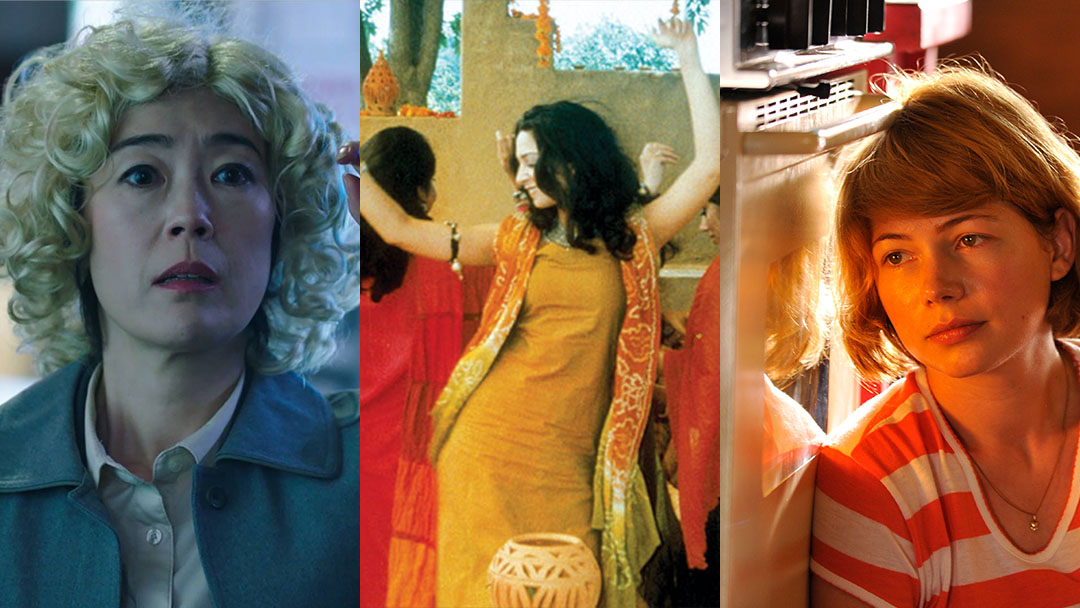 Martyna and I don’t like quotas. We were discussing the vision of the festival and the strands in the crammed, very indie Raindance office and once again we found out we were on the same page.  We didn’t like to have a women strand because we both liked to think that there are so many talented film-makers within this subgroup that there shouldn’t be any reason to identify them by their gender and not their merits. And yet…

And yet women represent only 23% of total film-makers in the UK, a number that has been slowly rising in the years but still falls way behind a 50/50 ratio. So here we are ghettoing our gender into a special category, hoping that by doing this there will be a day when a filmmaker will just be either good or bad and not a female or gay or black or Latino film-maker. With this in mind, we have selected our favourite films by female film-makers just for now…

Below our Tuesday’s recommendations. Enjoy!

My wonder is what makes these films true female works. Is it only the very fact they are made by women filmmakers? Or is there a different way women make films? Are women bringing to the table subject matters that would not be there otherwise? My take is that in some cases they really are. Now you tell me.

Coming of age is the moment of transition to becoming an adult. What happens when this is denied? What happens when five modern teenage girls in a remote village of Anatolia are closed in their home, windows, and doors barred, while their adult life is decided elsewhere? This is one of the most intelligent and thought-provoking films on what becoming an adult woman means and how the essence of this delicate phase can be violated by obtuse traditions and beliefs.

Susanne Bier is one of my favourite directors. Her ability to direct soul-scarring stories through complex and yet very logical clean narratives is unbeatable. In this film, a tragic choice in Afghanistan haunts a man and his relationship with his family back home. Bier’s look on the characters crashed by overwhelming events is close, deep and personal so personal that after years I can still feel its emotional burden. This film has changed my concept of what it means to do the right thing. Make sure you watch the real thing and not the empty Hollywood remake!

I loved the exotic feel of this lavishly Indian family portrait. A well to do family moving through the easy emptiness of consumer life, hanging on to old, mostly outdated traditions gets together to celebrate an arranged wedding. This could have been a deeply local film but its incredible energy travels any boundaries. The colours, the soundtrack, the vibrant dancing scenes, the light humour and yet the strong deep analysis of a whole class in contemporary India made this a Winner of the Golden Lion at the Venice film festival and one of my faves!

With so many fantastic female directors and films with women at the centre of their storytelling, I thought it would be a piece of cake to give my recommendations for the best films directed by women. As it turns out, many of the top films that I wanted to share are not available online, like Julie Taymor’s Titus or I Still Hide To Smoke by Rayhana Obermeyer, to name a few. Clearly there’s yet another aspect of underrepresentation when it comes to women in film.  Luckily I still managed to find a few of my favourites.

An intimate, subtle but fierce drama about a posh young woman at the start of her filmmaking career and her toxic love affair. The film is a piercing examination of this destructive but formative relationship, as well as social class and artistic self-discovery. Honor Swinton Byrne is mesmerising in her debut performance as the main character, displaying both fragility and strength.

This first feature film from Atsuko Hirayanagi premiered in the Cannes Critics’ Week and was the opening night film at the Raindance Film Festival in 2017. In equal parts funny and sad, the film tells the unexpected story of a lonely, middle-aged Japanese woman with a boring job. She wants to find fulfilment. Her search begins with English classes that happen to be taught by a handsome American teacher, who she follows back to the States. But will she find what she is looking for?

This insightful study of marriage and affair is the second feature film from actress and director Sarah Polley. Take This Waltz revolves around a young woman, Margot, and her relationship with both her husband and lover. It shares valid, unvarnished and truthful observations on married life; of stability versus the thrill of new attraction. While an extraordinary performance by the ever so talented Michelle Williams as Margot makes the film convincingly real.