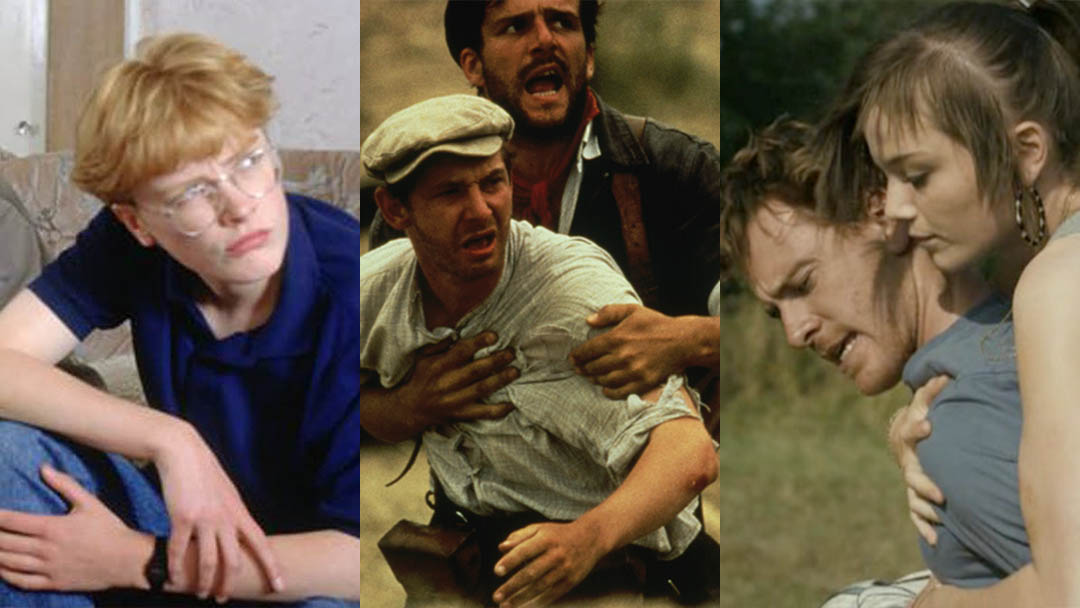 Even though Raindance is an international film festival, we are located in the heart of London and passionate about championing British productions. We are always on the lookout for new UK stories and talent, and we screen a dedicated strand of homegrown indie films every year.

Personally, for Malaika and I, as foreign nationals, watching British films was and still is a way of getting to know the culture, society, habits, humour, and pains of the country we call home. Have a look at who and what we value in UK cinema.

One of the masters of British social-realistic cinema, Mike Leigh does not disappoint fans with this bittersweet and humorous tale of an English working class family. Superbly casted, brilliantly acted and undeniably funny, the film portrays the everyday life and more serious issues within a suburban English household. While the characters are oddballs and the setting and themes are from a particular part of British society, the struggles are universal.

Mia is a girl living in an Essex council estate with a drunk, neglectful mother. Thrown out of school, she has no friends and no prospects for the future. Her loneliness is devastating and her rage vast. Arnold’s film grows from the roots of the British social-realism tradition but she puts her own spin on it. The drama is a sharp yet sensitive observation of an adolescent girl coming of age in truly difficult conditions, which could break her forever. Mia is played by amateur actress Katie Jarvis, who brings believability in her sensational portrayal.

I watched this film when I was a kid and yet it resonated with me so strongly I have been chasing Ken Loach’s films ever since. A powerful search for justice on earth when it is well told can’t leave you cold. This is the story of a war in a faraway past in a faraway land and yet the film is so emotionally intense to break any barrier. It gets to the core of a universal quest for what is good and just without compromising. I will always admire this British director for giving the world a lesson on how to make films about social injustice.

First feature film by artist and director Steve McQueen, Hunger won the Cannes Camera D’or in 2008. It narrates the last days of IRA activist Bobby Sands who died on a hunger strike to protest against prison brutality. One of the most intriguing aspects about this film is that the harshness of life conditions in prison emerges through the artistic eye of the director. In a scene, Fassbender spreads his feces on the wall and that gesture of desperate rebellion against the authority results in a perfectly round and harmonious spiral, a token of beauty made of shit.