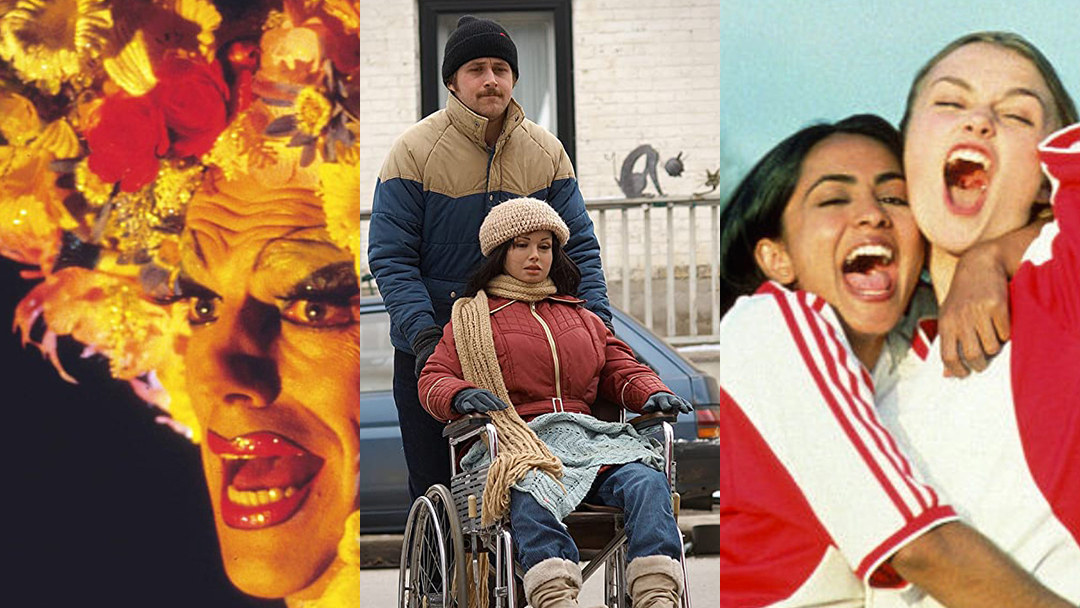 We are kicking off with something to keep our spirits high; feel-good flicks to bring some laughs and optimism into our lives, or at least to our living rooms.  Enjoy!

There’s got to be an uplifting and happy ending. That’s a given when we talk about a feel-good movie. There has to be lots of laughs too. But most importantly, I need really good music to run through the film. So the common denominator for my chosen three films is an absolute hell of a soundtrack. After you’ve watched the movies, download the soundtracks to help that upbeat mood last even longer.

The Adventures of Priscilla, Queen of the Desert

Stephan Elliot’s queer road movie has it all. It will make you cry and laugh out loud at the same time. Though mostly it will just make you laugh. This camp gem is built on witty dialogues, outstanding music and above all, exquisite performances by Terence Stamp Hugo Weaving and Guy Pierce as two drag queens and transsexual travelling through backwater parts of Australia to deliver a drag show. It leaves you feeling elated, as it dazzles with colourful characters, fabulous costumes and stunning outback scenery. What’s not to love?

Despite the grim reality it depicts onscreen, the Full Monty is uplifting and joyful. That’s exactly what we need right now. It follows the battles of a group of unemployed men doing everything they can to scrape by, including becoming the new Sheffield Chippendales. Awkward Englishness and clumsy dancing combines with full frontal striptease and crowd-pleasing tunes to bring belly-laughs and heart-warming cheer.

Baz Luhrmann’s feature directorial debut is a simple story; a rebel and an ugly duckling come together to win the world and each others love. But it’s the backdrop of the tacky world of ballroom dancing that makes something spectacular of the otherwise cheesy plot. Luhrmann’s vision of this world is hysterical, exaggerated, full of madness and populated with deliciously ludicrous characters. Even the most cliché of film messages;  ‘believe in yourself and everything will be perfect’ served in so much glitter, vibrant music and dance becomes entertaining.

My recommendations are a laugh with a quirky twist, stories that don’t add up, out of the box fairy tales, the unexpected humour, the art of paradox but also a lighter crowd pleasing touch,  with a sprinkle of true Britishness. Enjoy!

Lars and the Real Girl

Who says that when a troubled shy guy orders a plastic doll online he needs to have sex with it? Why does it need to go dirty? Gillespie and writer Nancy Oliver think out of the box and make this only the beginning of an awkwardly sweet indie fairy tale about the weird ways in which love can heal pain and support disability.  For those who can think of a better use for a sexy plastic doll!

Jasminder is a British girl from an Indian background who dreams of becoming a football star. She bends the rules of her traditional upbringing just like Beckham bends the path of the ball in a free kick.  A crowd pleaser, this light comedy plays joyfully with the stereotypes of two cultures, delicately hinting to deeper issues of racism, integration and gender. For those looking for a mood uplifter with a more serious back taste.

Wanabee comedian Kumail meets student Emily, they fall in love but then she goes into a coma and a brilliantly funny film follows. Taken from the real courtship of the two scriptwriters of the film, Kumail Nanjiani and Emily Gordon, the Big Sick challenges the boundaries of traditional comedies by inserting a script into the setting of an unlikely romantic comedy drama. The mix of paradoxical and unexpected humour is a joy for the heart and the brain.

For those who believe what Mark Twain once said: Humor is tragedy plus time