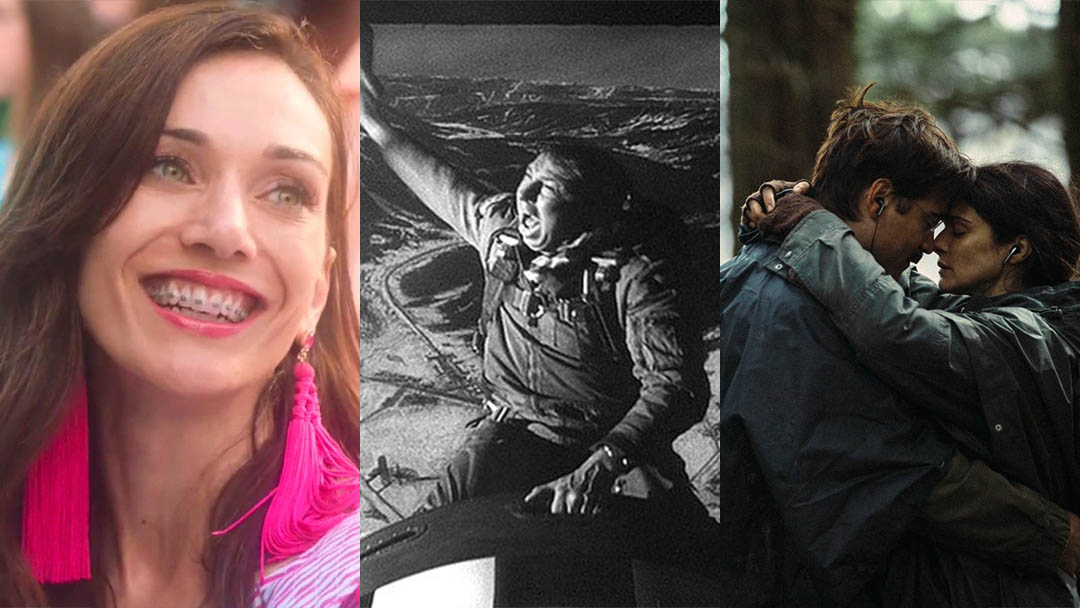 Two weeks ago we kicked off with films packed reel-to-reel with pure joy and laughter to keep you happy in these strange times. This time we will introduce some of the plentiful drama that indies offer; but rather than throw you in the deep end we’ll start with some humour. Dark humour, that is. Check out these crazy black comedies that will have you laughing at the macabre.

For me dark humour is a code to unlock a universe of underlying meaning. It’s the fight of creative minds against the evil of the world. Doesn’t mean monsters will be defeated, but the power of endorphin generating laugh, will definitely show them under a different light. So here is my choice of films.

Harold is 20 and is so obsessed with suicide that he doesn’t commit it because it would take him away from all his other suicide fantasies. Maude is an 80 year old holocaust survivor and kleptomaniac with a lust for life. They meet at a funeral and become inseparable. From Hollywood New Wave’s Director Hal Ashby, a cult masterpiece to the notes of Cat Stevens’ soundtrack. In this little gem, dark humour is the key to decode a new fresh meaning of life and death. For those who needs a gentle reminder that life is to be taken by the horns.

Training terrorist camp for dummies. Four clueless British Jihadist aspirers try their luck at becoming suicide bombers and serious laughter ensues. This film is a hand grenade on the logic that terrorism can be fought by sensible talking. Through fierce satire Chris Morris brings up a lot of the nonsensical in the hatred codes of jihadist movements and in the context they emerge from. So if you are aiming for a mass murder, shaking your head is not a good strategy to mess up with CCTV cameras.

A Raindance 2019 favourite, this suburban tale is the story of an apparently perfect community, where women wear braces, kids turn into loving dogs and friends are so caring that they donate their newborn babies to each other as a gesture of goodwill. A world set to explode. The question is not when but how. Suburbia has never been so hysterically surreal.

I admit it. I like to laugh at things that are generally considered too serious to make fun of. In all honesty, the darker the topic the more I appreciate the joke. The films I have chosen this week are really hilarious, even if the laughs are more on the hysterical side and the subject matter a tad gruesome. They are all absurd too.

An apocalyptic reality set in a creepy townhouse, with an even creepier owner.  He’s a butcher, who hires a new handyman, who moves into the property. What the new tenant doesn’t know is that his predecessors all ended up as pâté for the hungry inhabitants of the building. Cruel humour and bizarreness are the essence of this great film. Absurd as it is, take one message from the film: in times of pandemic when provisions are in short supply, please make sure you’re not sharing an apartment with a butcher!

Dr Strangelove or:  How I Learned to Stop Worrying and Love the Bomb

As dark as it gets, this comedy about a nuclear holocaust caused by a crazy maniac is so real, even in all its insanity, that it’s scary. It’s become easy to imagine one or two loony world leaders pressing the nuclear button because of some fake conspiracy or other made up reason. The film’s comic performances, lead by an absolutely phenomenal Peter Seller’s, are what makes the horrifying theme of war and nuclear annihilation hilarious. A classic amongst black comedies.

The first English speaking film of Lanthimos is as odd and grim as his previous Greek creations. It tells the story of David, a man living in an oppressive and totalitarian society in which everyone needs to have a partner, or face being transformed into an animal of their choice. David is portrayed by the outstanding Collin Farrell, who in a deadpan manner navigates his character through the absurd and brutal rules of society to horrifying but hilarious effect. Enjoy truly unsettling dark comedies? This one is for you.