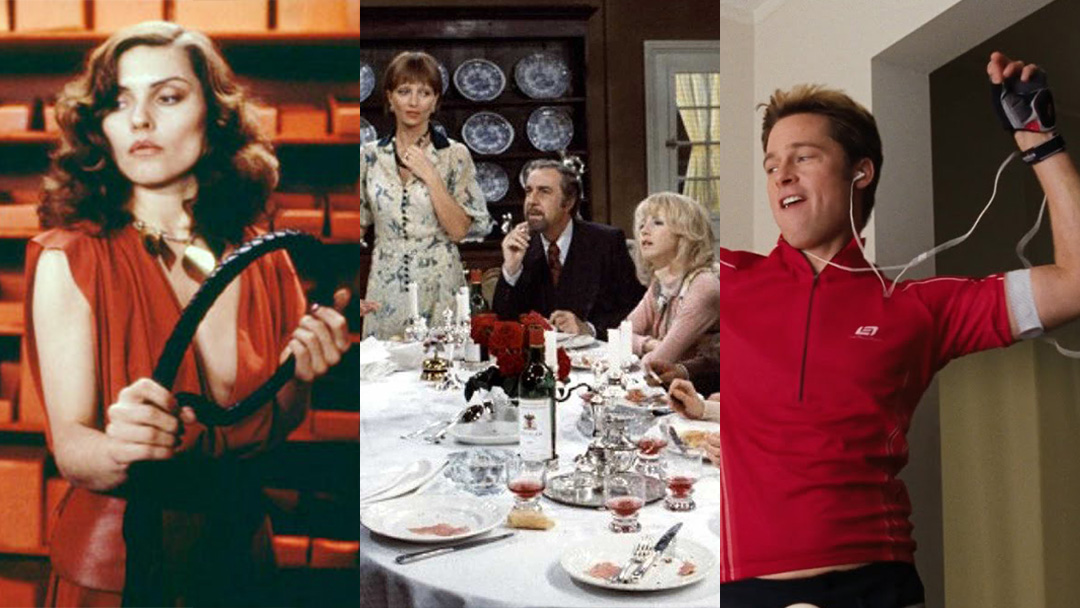 Absurdities is the Raindance programmers’ favourite section from the festival programme. Both Malaika and I, and the wider programming team, love the wildly unreasonable and quirky films that make up the strand.  From absurd humour to peculiar settings and oddball characters; the more weird elements the merrier. So this time around we’ve shared with you our favourite films that would fall into the Raindance Absurdities strand. If you have an affinity for the unusual, this week’s picks are for you.

The less normal the film, the more it will win my heart. I enjoy filmmakers who can relay to viewers a clear message but through tales that are peculiar, deviant, and full of twists. All three directors I have chosen are true masters of the absurd.

Winner of the Palme d’Or in Cannes in 1995, Underground depicts half a century of turbulent Yugoslavian history, including life under communism and the devastation of war in the Balkans. But this tragic-farce is definitely not for the literal-minded. It tells the surreal story of people sheltering underground to escape WWII long after the war has finished, having been tricked into believing the fight is still going on. Beautifully shot, and with fantastic music by Goran Bregovic, it is a true Eastern European gem.

The Discreet Charm of the Bourgeoisie

“The best explanation of this film is that, from the standpoint of pure reason, there is no explanation.”, said Bunuel about another film of his, The Exterminating Angel. It equally applies to The Discreet Charm of the Bourgeoisie. As the film doesn’t make much sense, there’s no point talking  about the film’s plot, but the characters, surreal situations and exquisite dialogue will definitely have you intellectually entertained.

A pair of gym employees stumble upon a disc containing the memoir of a former CIA agent and use it to extort cash, or try. That is pretty much the basis of Burn After Reading, however the film is not so straightforward. This hilariously dark screwball comedy is filled with absurd plot twists that constantly have you second guessing what’s going on. The characters are brilliantly unbelievable and, as always in Coen brother films, portrayed by a stellar cast.

An absurd film is irrational, out of tune and yet capable of grasping angles of reality that a more straightforward approach would only miss. I find these type of films a revelation, not only for their content but also for the creative texture of their language.

The Purple Rose of Cairo

This film is particularly dear to me. As a dreamy moviegoer I have seen hundreds of characters coming out of the screen and living my life, I have experienced the blurred boundaries between fiction and reality giving a new purpose to my daily routine.

The Purple Rose of Cairo grasps the essence of a cinematic experience and conveys it through the magic of an imaginary film language.

Let’s talk about absurd films that are in fact prophetic.  Videodrome is one of those films that, watched today, after more than 30 years, is still 100% relevant. Cronenberg imagines a horrific future in which technology has infiltrated every aspect of daily life and people merge with electronic media. An incredibly acute reflection on the relationship between man and technology saluted by Andy Warhol as the decade response to Clockwork Orange.

Ghost Dog is a black hit man who follows the samurai code, is a bookworm and loves to talk to pigeons. His best friends are a french speaking ice-cream seller who doesn’t understand english and a book lover little girl. This lovable killer is the most absurd character I have ever come across and this film is my favourite from Jarmoush’s work.

Available only on DVD