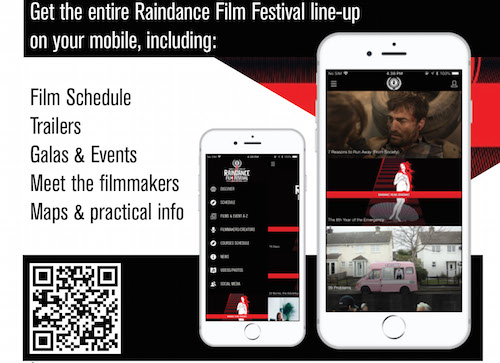 As the 27th Raindance Film Festival opens its doors again in 2019 the political climate of not only the UK, but all over the world, is tense and decisive. Against the backdrop of Brexit and #RaindancemeansRaindance, we want to champion films featuring stories of social and political impact. Our Politico strand features films that not only inform but have the power to make your stomach churn and your heart race. Many of which have been nominated for awards in a wide variety of categories, below is a small selection of the Politico strand to give you a taste of what is to come! Raindance, the UK’s largest film festival begins on the 18th September in Leicester Square, tickets can be purchased using the links below.

On the President’s Orders

Directed by Emmy-winning documentarians James Jones and Olivier Sarbil, On The President’s Orders is an unflinching investigation into the drug war embroiling Duterte’s Philippines, and the societal fallout of a country trapped under the boot of its police force. Nominated for Best UK Film at this year’s festival On the President’s Orders has also been featured in Human Rights Watch Film Festival, Dokufest and Sheffield Doc Fest, to name a few. Tickets can be bought here:

Book your tickets for On The President’s Orders

Written and directed by prolific author and award-winning filmmaker Miha Mazzini (with co-direction from accomplished cinematographer Dusan Joksimovic), Erased is a moving account of a mother lost in the cracks of a cold and thoughtless bureaucracy. A post-Yugoslav Nightmare. Erased will be having its world premiere at Raindance whilst also competing for Best Screenplay.

Book your tickets for Erased

Gael García Bernal’s sophomore film as director sees him return to the Mexico City slums of his own acting breakthrough to tell a darkly comic tale of two fast friends desperate for a better life. Cagalera and Moloteco are two teens who spend most of their days clowning around to avoid the grim realities of their home lives. Cagalera’s plan to skip town with his girlfriend propels the friends through an increasingly misjudged series of crimes that seem destined to end tragically. Chicuarotes has earned a nomination for Best Director at Raindance, where it will be having its UK Premiere having previously been featured at Cannes, Toronto International Film Festival and San Sebastian Film Festival.

Book your tickets for Chicuarotes

Book your tickets for Jirga

Iraq: A State of Mind

In this BBC documentary, Namak Khoshnaw examines an oft-ignored element of the post-war experience: mental health. The wars and insurgencies that have shattered the country over the past four decades have precipitated an unseen crisis among Iraq’s post-war populace. This political piece will be hosted by Raindance for it’s International Premiere on the 19th September at Vue Piccadilly.

Book your tickets for Iraq: A State of Mind

Explore the other festival strands here.