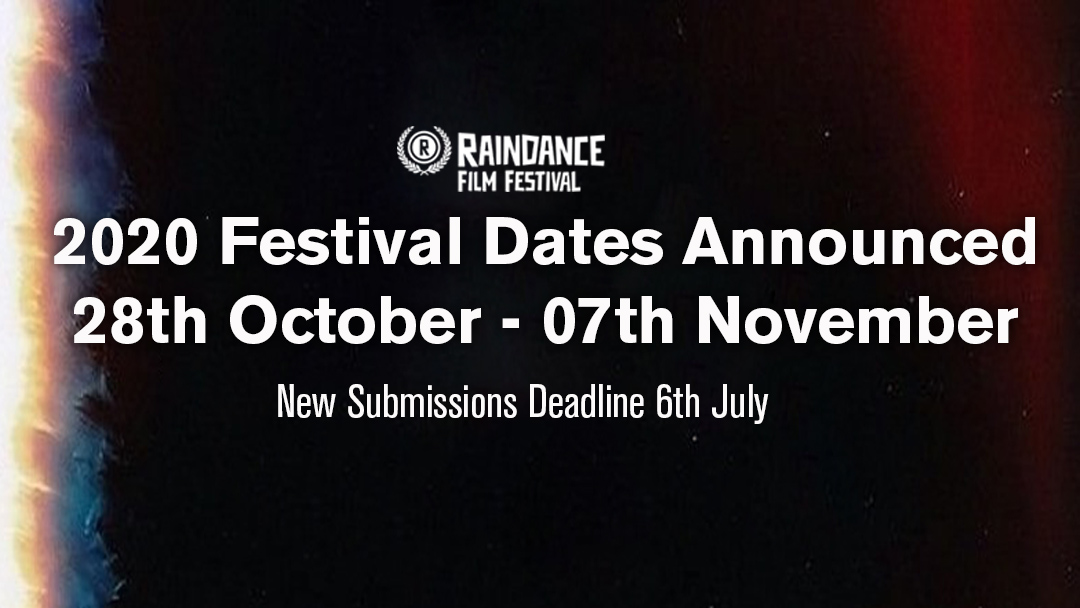 RAINDANCE are delighted to announce that the Raindance Film Festival will return to London and take place from 28th October to 7th November 2020 for its twenty-eighth edition of the ever-popular celebration of independent cinema. The Raindance Film Festival attracts 16,000 visitors into London’s buzzing West End film district and is officially recognised by the Academy of Motion Picture Arts and Sciences USA (AMPAS), the British Academy of Film and Television Arts (BAFTA) and the British Independent Film Awards (BIFA).

Winners for the Best Short, Best Animation Short and Best Documentary Short will qualify for Oscar®; British films accepted at Raindance may qualify for BAFTA consideration. In addition, British features and shorts in the official selection will be eligible for entry for the 2020 BIFA.

Throughout the 11-day festival, visitors can expect a wide range of events, workshops, screenings and panels designed to bring insight to independent filmmakers, along with a Guest Country/Territory in Focus and a special retrospective on the Raindance Icon Award recipient for 2020.

This year will also be the first year that Raindance will be working alongside London based public relations company Premier. Jonathan Rutter of Premier had the following to say about the new partnership, “Independent filmmaking has always been at the heart of what we do, so we are very happy to be collaborating with an institution that celebrates this and gives a platform to some of the best independent titles from across the globe”

Founder of the Raindance Film Festival, Elliot Grove, has spoken of his excitement for this year’s festival: “Raindance returns to London and is happening from 28 October – no ifs no buts. And who better to amplify the voices of indie filmmakers than UK’s leading film publicity agency Premier. We are thrilled about this new exciting collaboration and look forward to welcoming you all this autumn“

Raindance-premiered hits include Pulp Fiction, Memento, The Blair Witch Project, Ghost World and Love Exposure. Listed by Variety as one of the world’s top 50 ‘unmissable film festivals’, Raindance aims to nurture, support and promote independent films and filmmakers from the UK and around the world.

Raindance is dedicated to fostering and promoting independent filmmaking in the UK and around the world.  Based in the heart of London, Raindance combines Raindance Film Festival, Training Courses and the prestigious British Independent Film Awards.

To find out more about submissions, please visit: