A curmudgeonly biologist and his stoner graduate assistants muddle their way through a summer research project. Deep in the Appalachian woods, they encounter a trio of backpackers who change their lives in mysterious ways. Mystical, sexy, and funny, this dream-like film casts you under its spell. This is a touching film which, with its enthralling atmosphere, spellbinding performances and profound explorations, manages to bring its magic to its audience. 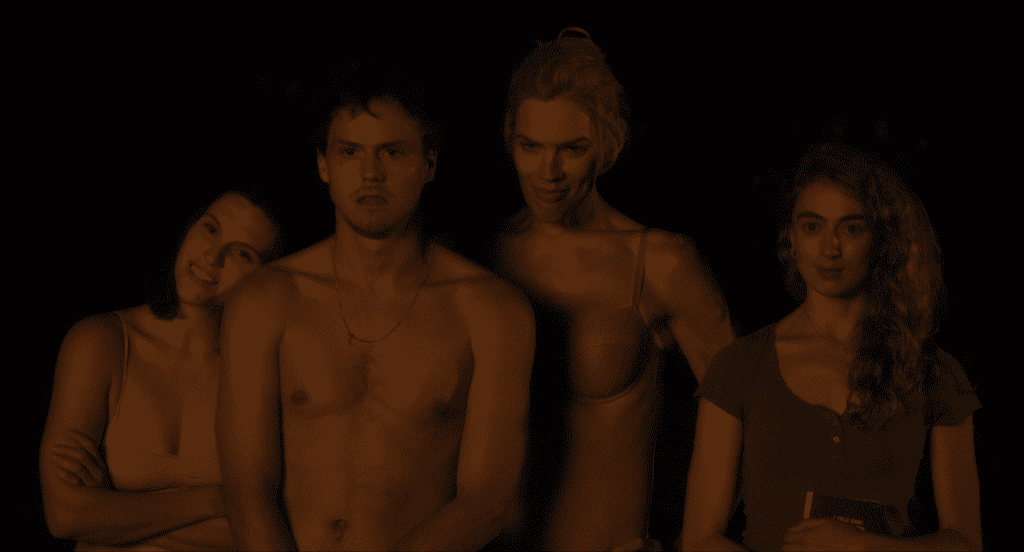 The Mystery of the Pink Flamingo

A square sound engineer employs unusual research efforts to reveal the secrets behind the quintessential icon of kitsch, the Pink Flamingo. His bizarre adventure will unexpectedly turn into a creative journey to self-discovery. A hilarious meditation on art, kitsch and an affirmation of the uniqueness that everyone possesses.

This touching documentary chronicles four different drag performers under the age of 12 as they celebrate their shared interest together for the first time. Having faced enormous scrutiny over their brief drag careers, the young stars must now prepare for the biggest performance of their lives at Montreal Pride. This deep dive into the drag art form is captures the strength that it takes to perform it, especially as a child, and makes for an insightful, joyful watch.

Home alone, Ben receives a short but telling message from his online dating buddy Nico. The latter’s detached behaviour prevents Ben from feeling like he can show his real emotions. The film examines courtship, foreplay, and how fear of rejection can blur one’s judgement. This is a moving and compelling exploration of loneliness in a hyper-connected world.

A young Black rapper must confront his identity when he performs on the big stage in a freestyle competition in Philadelphia. Through vivid imagery and dynamic camera movements, we navigate the intense pressure of American battle rap and unforgiving representations of masculinity within the hip hop community. This extraordinary short film shows the power of individuality, the pressures of the groups we belong to, and how we can find strength in a pluralistic identity.

The Name of the Son

Lucho, a 13-year-old trans boy, doesn’t usually spend much time with his father. When they go on a family holiday together, their new closeness puts their relationship to the test. The Name of the Son explores the difficulty of dealing with fear while trying to rebuild a bond with family. This powerful short film is a heartfelt, deep reminder of the price it takes to affirm your identity, and of the rewards that come from it.