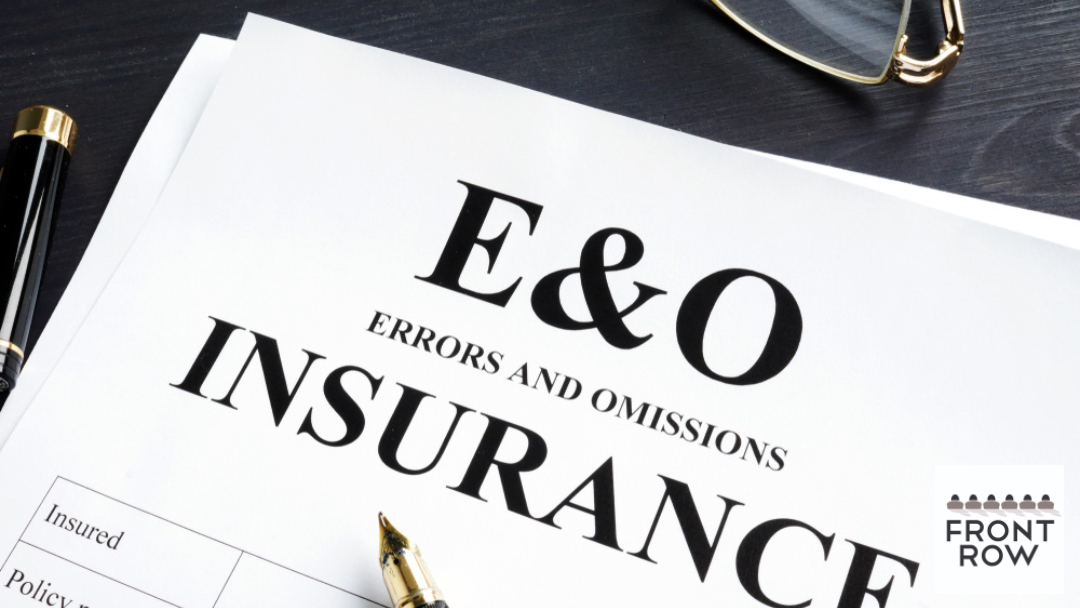 Since productions aren’t necessarily shooting now because of the ongoing COVID-19 situation, filmmakers are likely more focused on the writing and pre-production stages of their projects. This would also be a good time for you to think about how you can protect your film project from any potential errors and omissions (E&O) that you may be overlooking during the writing phase.

Don’t think you could be sued for copyright violations related to your film project? Think again. These things can and do happen! Take James Cameron’s Avatar as a famous example. One day, a man spoke out and claimed that he pitched this multi-award winning movie to Cameron. Cameron eventually won the ensuing lawsuit.

In the event of a lawsuit over a situation like this, if you have E&O insurance in place, the insurance carrier will cover legal defence costs associated with the suit.

This lawsuit should help filmmakers remember that they have to be very careful about any and all visuals displayed in their final film – yes, even tattoos!

A tattooist claimed that the tattoo on Ed Helms’s face in Hangover Pt. II was an infringement on the one he had done for Mike Tyson. The tattooist and film studio eventually settled out of court.

A lawsuit such as this could potentially be avoided by following thorough film clearance procedures and purchasing what is known as a “script clearance report” in the pre-production stages. This type of report involves reading and breaking down a script and identifying all items that represent possible legal conflicts, if used as-is. These items include:

Assuming the tattoo were adequately described in the script, this is something that could be identified as a potential legal issue early on.

“Own Your Power” and the importance of title search

Filmmakers will also want to think about getting a thorough title search done on their project, which will produce a title report. The title report will indicate if the title you’re considering for your project is unique, and if not, what potential legal issues to consider.

No, a simple Google search isn’t enough! A proper title search process will unveil information that one cannot easily find through search engines.

Filmmakers also must consider more than other established film titles – they ought to consider potential copyrights in other industries too.

O, The Oprah Magazine learned this lesson the hard way when they began using the phrase “Own Your Power” on their magazine, website and social media. However, a life coach had already copyrighted the phrase for her business, Own Your Power® Communications, Inc., and she decided to sue. The lawsuit was dismissed, reinstated, and dismissed again, finally, no doubt resulting in significant legal fees for all parties involved.

A good title search would have identified this issue… before it became an issue.

Note: Entertainment lawyers and insurers are increasingly requiring title search coverage in both Canada and the US even if the property is licensed for broadcast into just one of the markets initially.

Interested in learning more about film producer’s E&O? It is a complex subject, and this blog post only scratches the surface. Consider downloading Front Row’s free eBook on film producer’s E&O, E&O Insurance 101 – How to protect your film project.

Front Row Insurance Brokers Inc. is an independent insurance brokerage that provides film insurance, including producer’s E&O insurance, for the lowest possible cost. Should a claim occur, Front Row ensures that all clients receive the money that they are owed per the policy, as quickly as possible. Front Row has offices in Vancouver, Toronto, Montreal, Halifax, Nashville, LA and NY.

Grant has an insurance + marketing background with about 6 years of experience at CSIO, where he did plenty of marketing communications work for that organization. Grant has also worked as a Technical Writer at CIBC, and as a Research Assistant at the University of Toronto. He holds a bachelor’s degree in Film Studies (Ryerson University) and a master’s degree in Information Studies (University of Toronto). He is also a Project Management Professional (PMP)®.