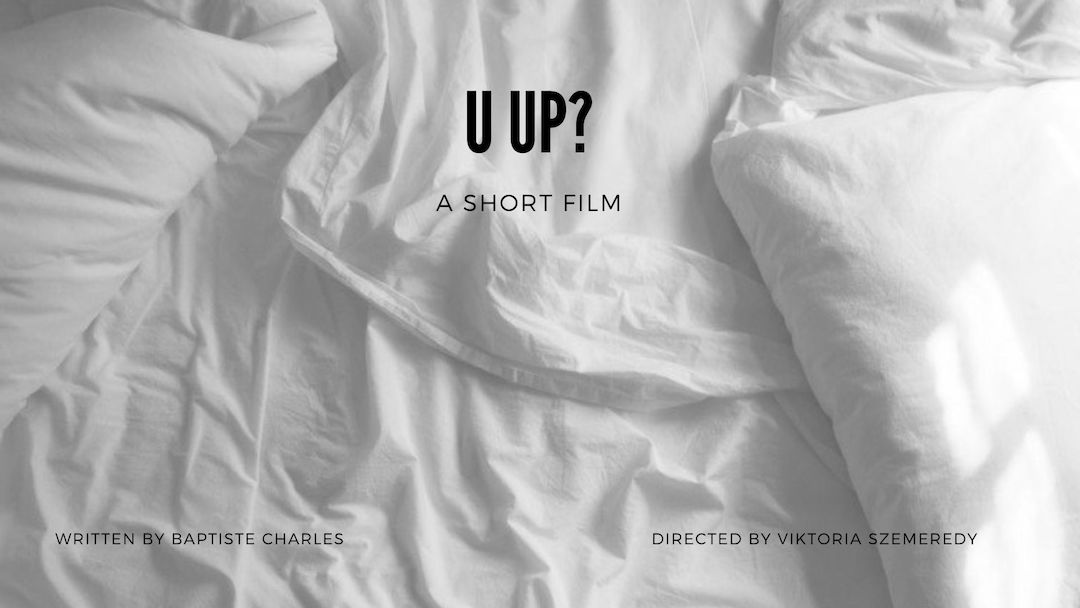 The 2010’s decade has been a time of major reckoning for the film and television industries globally when it comes to representation. This was the decade of #BlackLivesMatter and #OscarsSoWhite, of #MeToo and #TimesUp. It was the decade when long-lasting systemic disparities were highlighted and started being grappled with. The turning of the tide has been so powerful that awards are now invariably scrutinised for the fairness of their representation, films and television shows will always be written about in more or less relevant opinion pieces about how well that project has fared in this respect.

On the independent scene, where the stakes are not as colossal as they are for studio films such as Black Panther or Captain Marvel, there is more flexibility for a kind of representation that is more honest about is characters and less careful about offending, something that will not pull its punches. This is what I’ve set out to do with my next project, a short film called U Up?

This short film is about two men who meet on a dating up and decide to hook up. The impetus behind U Up? wasn’t to represent LGBTQ+ characters for the sake of the political argument. At the heart of it, the initial spark was that I wanted to show a paradox of contemporary urban life, where the density of population and the chance at encounters are so great that you end up meeting no one at all, and maybe even losing yourself along the way.

A first draft was written nearly two years ago, clocking in at 15 pages, which was eventually trimmed down to a sparse, dense 9 pages. Never had I killed so many of my darlings in a project. As I didn’t have the confidence in my ability to direct the material, the project sat in a folder of my laptop for a year and a half, until I struck up a conversation with one of the alumni on the MA in Filmmaking, Viktoria Szemeredy, now an award-winning director behind the films Butterfly Daughter and Metaphorms. She asked me what I was working on, and not wanting to say that the only thing I had written in the past year was emails, I dredged up this project from the back of my mind, giving a clumsy pitch above the noise of a Raindance festival after party. Since last October, we’ve developed the script further and are working towards making the film happen, as soon as current circumstances allow.

During the writing process, and the rewriting process, and the development process, I always tried to never lose sight of the initial spark that initiated the project. The idea was about connection, it was about trying to put yourself out there, and about how we succeed or fail to connect with other people, and really see one another. On top of that, I did have the very clear intention that the script not lose sight of the fact that the interaction was between two gay men, not two men “who happen to be gay”.

You can have varying degrees of representation. When it comes to women, for example, you can have a “strong female character”, i.e. someone who does what any (male) character would do, and does not address gender, apart from simply representing it. Then the more politicised you want to get, the more the fact of someone’s marginality will be a part of the plot: think, for instance, 9 to 5, which put women front and centre, and had a plot propelled by the fact that the adversity they faced was because of the fact of their sex.

Nevertheless, this should never detract from a compelling story. Crafting a story, regardless of the creator’s political intentions, is complex enough an endeavour as it is. It takes effort and time to do it. Developing it as a world of its own and layering it with ideas and characters and intentions is even more complex, but also all the more rewarding and gratifying. We are a storytelling species, where we need a beginning, a middle and an end to everything, a cause and a consequence. The brain is best reached through the heart.

In the case of U Up?, we have been able to assemble a fantastic team of creatives, who connected to the story first. The politics of the project are only a consequence of a story that draws you in.

If you are able to contribute to the project, our crowdfunding page is here.