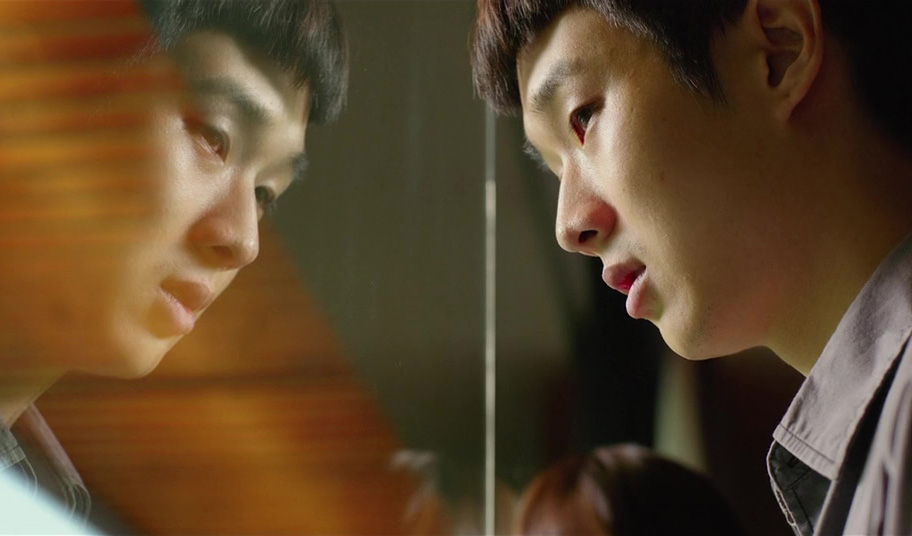 Parasite is a film about lines and boundaries and how members of society are confined within the societal entrapment as they scramble to escape. Bong Joon-Ho’s critically acclaimed South Korean thriller, investigates physical, social, political, and emotional realism in a hyper-dramatic style. Socio-economic boundaries are expressed physically throughout the film, represented by architectural or structural intersections – created through Hong Gyeong-Pyo’s crafty cinematography- crossed or just as well, not crossed, as the action unfolds. Pyo’s camera work adds to the modern aesthetic correlated with Bong-Joon Ho’s cinematic style, his thematic oversight over every shot, and perpetual ability to foster the story from every angle of production. Joon-Ho delivers a story about lower-class perseverance. Lower-class people who examine the naivety of the upper-class and how that blindness to the truth causes extreme social boundaries.

Moon-Gwong (Lee Jeong-Eun), has solidified her position as the house-keeper through her understanding of boundaries. In this case, she has to cross a physical barrier -represented by the junction of two windows- to wake up Yeon-Kyo Park (Yeon-Kyo), the house-owner. By crossing the intersection of the window she crosses a social class boundary as well, taking the liberty of waking her up because she has a guest. Moon-Gwong has made a living off of recognizing social barriers and only crossing them when absolutely necessary. Characters in Parasite consistently take calculated risks across social lines, class warfare in action demonstrated through cinematography and editing. Crossing the line throughout the film provides perspective and insight. Insight into how the other half lives, an essential addition to their character arcs and almost always creates conflict.

Driver’s deal with boundaries every day, the natural separation between back to front seat not only defines economic position but political separation. “Working-class” versus “white collar” jobs are, at least in Bong-Joon Ho’s film, divided by the political aisle; and the physical smell of the lower class family begins to drift across the line, as they infiltrate all facets of the family. Parasite examines class strife through an unseen lens; the debt the Ki-Taek family begins to flourish through the financial recklessness of the Park’s, yet the Ki-Taek’s despise their closeness to them. For a moment, the social have-nots take advantage of the haves feeding from an untapped source, yet as things go wrong their intangible lower-class traits emerge. The most common lower-class trait discussed by Joon-ho is the smell: how it crosses from the front seat to back seat, the back seat’s perspective of the smell, and how narrow their perspective of the lower class is.

The upper-class family sits like a king in their castle, unaware and oblivious to the problems of the people that serve them. Royal families create borders between them and society to experience as little of real-life as possible, even within their own homes. This creates an inverted class struggle to scramble to the top instead of letting wealth seep down to benefit the workers below. There are moments, as our protagonists wade through chest-high sewer water to salvage the remnants of their home, the smell is visually so poignant that it reeks through the screen, seizing control of the senses, creating a physical effect of disgust. In a way, Bong-Joon Ho’s filmmaking is so palpable the story crosses boundaries to impact the audiences, through a story so visually stimulating and recognizable it creates the physical smell.

The relationship between tutor and student in Parasite crosses a multitude of lines. There is a level of responsibility from the tutor to remain professional in a non-professional setting and as Kim Ki-Woo (Woo-Sik Choi) quickly begins to have feelings for his student, who is a sophomore in high school, “Kevin” crosses boundaries. He continues to pursue her, creating an intimate relationship but lies to her about his identity and the identity of his family members; not only has Ki-Woo crossed the line of professionalism but teeters between moral and ethical lines as well.

As Ki-Woo’s perception shifts throughout the movie, he contemplates his life in the lower-class and his ambition to escape it. Social boundaries offer few gaps for lower class people to escape the sewers, and his ambition and ethical ambiguity are at times detrimental to his success. Parasite is the result of crossing lines and boundaries in an attempt to rise above socioeconomic barriers, promote one’s family, achieve the impossible and clean one’s self of the lower class stench. A symbolic narrative about point of view and exposure to socio-economic class. The film boasts boundaries are not meant to be crossed and lines are drawn for a reason, Parasite depicts a fantastical version of breaking boundaries, but offers reason at its end-a slimmer of hope that lines, in the best-case scenario, can be redrawn, boundaries reestablished, and borders adjusted through time.

Grant, while from California is studying Business Finance and Film and Media Production at Arizona State University. He chose to go on exchange to immerse himself with diverse cultures, study business and film through an international lens, and experience the British workplace. He has found a home at Raindance surrounded by other passionate cinema lovers dedicated to the growth and nurturing of independent film.