On the Power of Film: a Surprising Example - Raindance

On the Power of Film: a Surprising Example 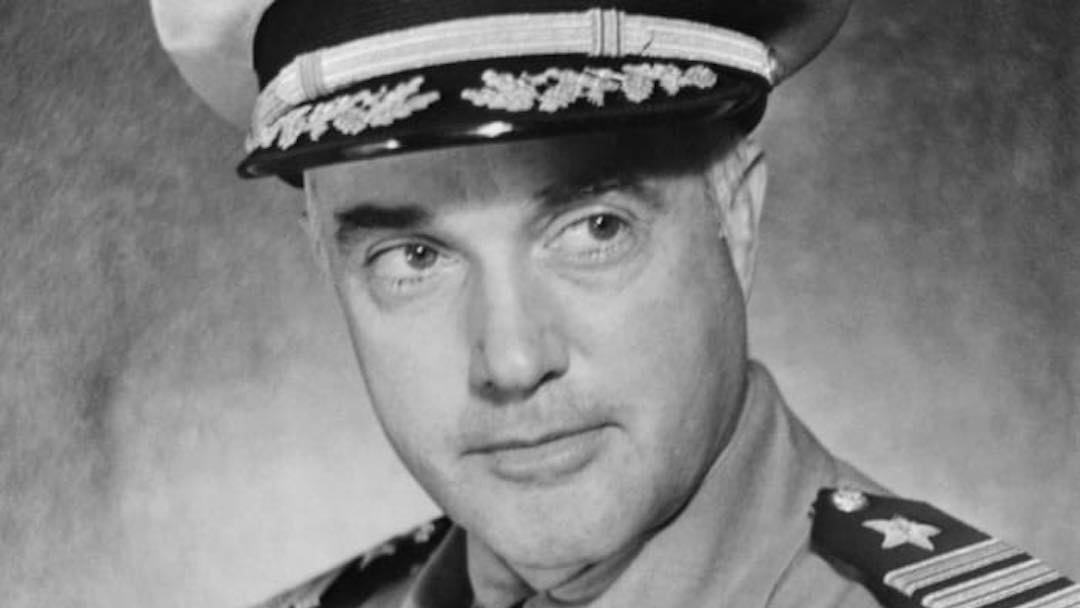 On October 30th 2000, President Bill Clinton signed into law Bill HR 3710, fully exonerating Navy Captain Charles B. McVay. McVay had been unfairly blamed for the sinking of the USS Indianapolis in 1945 and for the deaths of hundreds of crewmen. His court-martial shortly after the Japanese surrender had resulted in a guilty verdict for negligently endangering lives by failing to execute a zigzag manoeuvre which, according to the Navy, would have prevented the torpedoing of the ship.

It was a monologue in Steven Spielberg’s thriller Jaws (1975) that set in motion a series of events resulting in McVay’s exoneration. This article will show how the power of that monologue restored the honour of the Navy captain who unfortunately did not live to see the reversal of the injustice, He had already taken his own life with his service pistol in 1968.

The text of the “Indianapolis Speech”

About 90 minutes into Jaws, the shark-hunter Quint, played by Robert Shaw, tells police chief Brody (Roy Schieder) about the horrendous shark attack when the USS Indianapolis was sunk in 1945 and the crew spent four days in the shark-infested Philippine Sea waiting for rescue. Marine biologist Hooper (Richard Dreyfuss) is also seen listening in the background. This is Spielberg’s favourite scene in the film. Here is the monologue, often referred to as the “Indianapolis Speech:”

Japanese submarine slammed two torpedoes into our side, chief. It was comin’ back, from the island of Tinian to Leyte, just delivered the bomb. The Hiroshima bomb. Eleven hundred men went into the water. Vessel went down in twelve minutes. Didn’t see the first shark for about a half an hour. Tiger. Thirteen footer. You know, you know that when you’re in the water, chief?

You tell by lookin’ from the dorsal to the tail. Well, we didn’t know. `Cause our bomb mission had been so secret, no distress signal had been sent. They didn’t even list us overdue for a week. Very first light, chief. The sharks come cruisin’. So we formed ourselves into tight groups. You know it’s kinda like `ol squares in battle like a, you see on a calendar, like the battle of Waterloo.

And the idea was, the shark nearest man and then he’d start poundin’ and hollerin’ and screamin’ and sometimes the shark would go away. Sometimes he wouldn’t go away. Sometimes that shark, he looks right into you. Right into your eyes. You know the thing about a shark, he’s got lifeless eyes, black eyes, like a doll’s eye. When he comes at ya, doesn’t seem to be livin’. Until he bites ya and those black eyes roll over white.

On Thursday mornin’ chief, I bumped into a friend of mine, Herbie Robinson from Cleveland. Baseball player, bosom’s mate. I thought he was asleep, reached over to wake him up. Bobbed up and down in the water, just like a kinda top. Up ended.

Well, he’d been bitten in half below the waist. Noon the fifth day, Mr. Hooper, a Lockheed Ventura saw us, he swung in low and he saw us. He’d a young pilot, a lot younger than Mr. Hooper, anyway he saw us and come in low.

And three hours later a big fat PBY comes down and start to pick us up. You know that was the time I was most frightened? Waitin’ for my turn. I’ll never put on a lifejacket again. So, eleven hundred men went in the water, three hundred and sixteen men come out, the sharks took the rest, June the 29, 1945. Anyway, we delivered the bomb.

Who wrote the monologue?

Peter Benchley wrote the best-selling novel Jaws (1974) on which the film is based and a first draft of the screenplay for the film, neither of which included the monologue. Dissatisfied with Benchley’s draft for a number of reasons, Spielberg asked Pulitzer Prize winning playwright Howard Sackler to have a look, and Sackler suggested among other things that the shark attacks related to the Indianapolis could be the motivation for Quint’s obsessive drive for “biblical vengeance” against the sharks. Adding a monologue was thus Sackler’s idea, and he also proposed a ¾ page text for it. When Spielberg showed the revised script to his screenwriter friend John Milius, Milius said “Can I take a crack at this speech?” and wrote a brilliant 10-page version. But when actor Robert Shaw who would actually deliver the speech saw Milius’s version, he felt it was too long and cut it down to five pages. So as Spielberg stated in a Making of documentary, “The speech in the movie is basically Shaw’s version of Milius’s version of Sackler’s version.”

There were a few factual errors – what the Indianapolis had delivered at Tinian were components for the Hiroshima bomb, not the bomb itself, and the ship was torpedoed early on June 30th, not June 29th – but these inaccuracies are of no importance in the present context.

In 1997, a twelve-year old Florida school boy named Hunter Scott saw the film Jaws and was profoundly inspired by Quint’s monologue – so much so that he decided to do a 6th grade project on the sinking of the USS Indianapolis for the school’s National History Day program. He managed to interview many survivors and to review hundreds of documents, some of which were recently declassified files on McVay’s court-martial. In the process, he learned for example that:

Outraged by the miscarriage of justice he was able to document, the school boy – accompanied by Congressman Joe Scarborough (R-Fl), Congresswoman Julia Carlson (D-Il) and 11 survivors – delivered his evidence and argument in the form of a bill to Congress on 28 April 1998. When signed by Clinton in 2000, it would posthumously expunge all mention of the court-martial from McVay’s records and award a Presidential Citation to the Indianapolis and her crew.

An earlier article published here by Raindance, Katie O’Toole’s “The Power of Cinema: 10 Films that Changed the World” (29 January 2019), offers other examples showing that “films can have an impact far greater than first imagined” and can serve as “catalysts for change.” Sometimes with unfortunate results. As when D. W. Griffith’s The Birth of a Nation (1915) promoted a positive image of the Ku Klux Klan that aided the group to recruit many new members. But generally with intended and desirable results, such as exposing the outrageousness of “honour killings,” of homophobia, or of the death penalty.

But in the case of Jaws, neither the authors of Quint’s monologue nor the director of the film had any intention in mind for the added “Indianapolis speech” beyond that of strengthening the motivational texture of the narrative. What is surprising is that even a blockbuster as entertainment-driven as Jaws can unintentionally trigger a chain of events with meaningful social consequences.