The New Breed Of Filmmaker 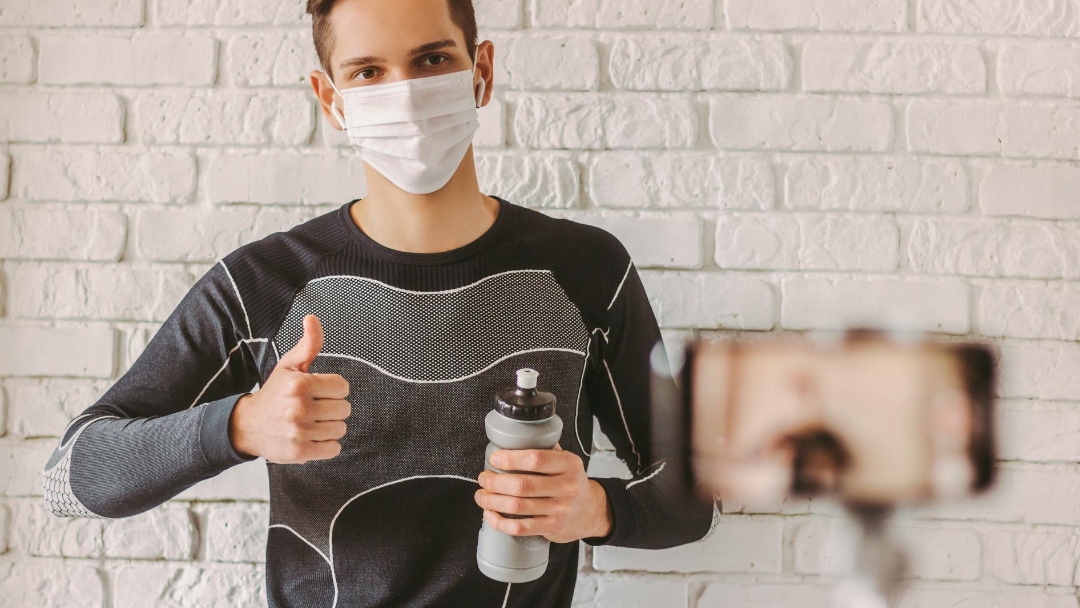 The 2020 public health crises has impacted everything we do. And in few other industries than the creative industries, and specifically filmmaking. You’d have to be pretty isolated not to notice that there are thousands of people calling themselves filmmakers. Is there a new breed of filmmaker?

Traditionally filmmakers, and those who aspire to filmmaking create content for the traditional sales and distribution networks: Film markets, festivals, theatrical release and television.

Traditions are broken and likely never to be repaired rising from this is an entirely new breed of filmmaker.

The New Breed Of Filmmaker

The new breed of filmmaker isn’t interested in making a feature film. Far from it. These are the filmmakers making YouTube, Instagram and Facebook videos. These are the vloggers, web series creators, video essayists, influencers and branded content creators. And big surprise!  This new breed of filmmaker can make more money than the traditional filmmaker. And they usually are self-taught, They distance themselves far from traditional film schools.

What is more, many of this new breed of filmmaker have astronomical numbers of followers (read audience) far greater than all but a handful of the A-list filmmakers can command. In fact, many of these filmmakers are getting projects set up by Netflix, Amazon and the studios.

Another big change in the decades since I have started Raindance is that this new breed of filmmaker does not need the film industry. Many are happy and content to carry on their own careers without the interference of the executive overviews and creative interference that the big money film industry operates under.

Why the new breed of filmmaker shuns Hollywood

Filmmakers like Freddie Wong spurned Hollywood’s offer to make his award-winning “Video Game Hight School” into a feature for exactly that reason. This show garnered over 110 million views. The advertising revenue plus the associated revenue from brand endorsements would make any filmmaker able to stop worrying about house and home.

How the new breed of filmmakers make money

It’s a whole new world, and a whole new set of rules. To succeed you need to become expert at social media. Let’s look at how the new  breed of filmmaker rises to the challenge of monetising creative ideas.

YouTubers make money through adverting every time someone watches their film. It’s not much money per view, but for YouTubers like Chris and Virgil of  Indiefilmmakers make quality film training videos which get tens of thousands of views.

Other filmmakers like the brilliantly funny Thomas Ridgewell’s TomSka is a collection of comedy live action and animated shorts.

Another brilliant youtube channel is created by the post-production software company StudioBinder.

For directors, my favourite is Every Frame A Painting which stopped updatijng in 2017. The content is still brilliant, entertaining and formative. Well done for creating thisTaylor Ramos and Tony Zhou. My favourite is this episode by former Raindance volunteer Edgar Wright:

TIP: Spend some time looking at your favourite Youtubers. Analyze the type of content they create, how often the create it and how they market it.

The world’s top Instagrammer is the footballer Christiano Rinaldo with a staggering quarter billion followers. What filmmaker wouldn’t like reach like that? Instagram is a very powerful tool.

Raindance uses the video/broadcast function to host our daily Instagram Live with filmmakers.

I personally love the 2020 ‘You Can’t Stop Us’ Nike Ad which was released on the Nike Instagram channel and garnered nearly 20 million views the day it was released.

TIP: From a monetisation POV, Instagram is ideal for building audiences and awareness. Use an Instagram channel to promote your projects and build personal branding.

Facebook is. a private network that is now very dominant. We’ve all seen the hype type of selling products on FaceBook. Filmmakers use Facebook to advertise films or to launch crowdfunding campaign.

Charities like The Independent Film Trust use their Facebook group to advertise their good community filmmaking group.]

TIP: Decide what you want to do with your Facebook presences – if you want to use this platform at all. It is a good solid way to engage your audience with your events and screenings. And also a very good place to look for work.

The filmmaker’s trick here is to find a brand with a marketing budget seeking alternative ways to get their brand’s message across.

Raindance attempted this in 2019 by creating a festival trailer to display our core belief that BREXIT was going to be harmful. Sadly, the dystopian view we had of London in the summer of 2019 came true with the public health pandemic. We did, however, achieve a great deal of notice with this advertisement for the festival.

TIP: Research brands and their marketing departments. Read the marketing trade papers to see if you can find out which products are about to be launched, and see if you can collaborate with them.

Everyone loves having someone else champion their work. It goes without saying that the more followers you have on social media, the more valuable you are to someone looking for help in promoting their brand. When you get a huge number of followers you can get paid handsomely for taking about a brand. you can also add the flowery title “Influencer” to your business card.

Obviously, you create movies for brands too. Sometimes these will be traditional adverts. And other times, simply videos where you demonstrate the product (like a camera) or a holiday destination.

At the entry level, influencers can be paid by the hour. Here is a list of 50 brands looking for influencers. You can get reimbursed for your efforts with everything from free products to $15ph.

TIP: Being paid for as an influencer means you need to attract an audience. The more targeted the audience the more useful it is to a brand seeking to employ you.

This is the hot new area for filmmakers. Companies like Punch Drunk and Secret Cinema specialise in immersive experiences where the medium of theatre and cinema merge.

But these new venture are already a good decade old. The pandemic has brought an exciting new way to create content combing live action and cinema. and I’m not talking Zoom.

Aussie filmmaker Michael Beets has gone beyond the edge by developing a way to combine live action, theatre, movies and community viewing experiences. His new horror movie In The Shadow It Waits is rehearsed with 6 actors each in their homes using the cameras on their computers. The feeds then flow back to Michael. He mixes them live and creates a movie that is visually stunning and dramatically entertaining.

TIP: It’s a brave new world. Now is the time, like Micheal has done, and create a new way of creating and distributing your films.

Acquiring filmmaking skills needn’t be expensive. Premium and Pro Raindance members can watch over 50 hours of our Lockdown Sessions free! Learn everything from stop-frame animation you can do at home to raising production finance.
Raindance

We live in challenging times. Don’t let these troubled times get you down. remember: It’s a time for innovation and renewal. The new tools of social media and digital creation and distribution offer you and your colleagues a wealth of opportunity. Go make films! And proper.