Net Neutrality: Filmmakers, This Concerns You Too 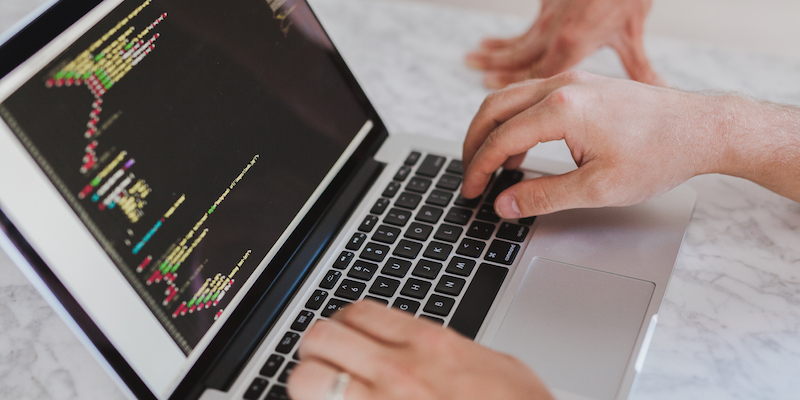 Our age faces some crucial fights: on top of issues such as climate change, lack of representativity in western democracies, the rights of minorities and human rights in general (just to name a few) we now have to stand for net neutrality.

What is net neutrality?

This week, the United States Federal Communications Commision (FCC) chairman announced a plan to repeal net neutrality. This would be another move from the Trump administration to diminish the legacy of Barack Obama. Beyond the petty political motivations, there are broader implications to this decision. This is not just an issue that Twitter-addicted media types or Silicon Valley entrepreneurs will have to care about.

Net neutrality is the underpinning principle that any data on the Internet should be treated the same by governments and providers. This means that you can’t be charged more if you log into such website as opposed to another. It is based on a similar principle adopted after the invention of the telephone: you’ll pay the same whether you make a business call or a private call. If this sounds abstract: let’s imagine ourselves a few steps ahead.

In a few years’ time Rupert Murdoch’s News Corp. will have managed to takeover Sky, your internet provider. If net neutrality isn’t rule of law, this means that you are likely to have a heftier bill if you’re a reader of The Guardian than if you are a reader of, say, The Sun. (If they manage that takeover, we now know what their next step is.)

In media environments that already create bias and misinformation in the eyes of citizens, this would add a layer of plain censorship.

The repeal of net neutrality has huge implications. Politically, this means that Trump is once again trying to repeal what Obama did. The FCC chairman announced that “the federal government will stop micromanaging the internet.” Economically, this puts regulation of the internet in less benevolent hands. Should it go through, this means that telecom lobbies will be handed a major victory.

Most western democracies have developed with some understanding, even in the most economically liberal nations such as the United States, that infrastructures were necessary to the economic development of the country and the upward social mobility of citizens. So far, the internet has been considered to be the contemporary equivalent of what railway lines and roads were in other eras, and has been treated as such. The Obama administration legislated on the issue, and now this could be rolled back.

Just as the internet or digital tools are not an end in and of themselves, net neutrality is one of those broader fights that underpin everything else, from identity politics to political institutions.

On the subject of climate change, Matthew Todd wrote: “could it be that there are things that we must also raise our voices for, that are more important and on which all other issues rest and rely? The DUP’s position on equal marriage, the BBC gender pay gap, Piers Morgan’s views on non-binary people – all are meaningless if the fight that future generations face is for clean water or surviving wars caused by migration that will make the Syrian crisis, itself partly driven by extreme drought, look like a children’s tea party.”

The same goes for net neutrality. Plainly, the freedom of information and communication is now very much at risk of being taken away from people and put at the mercy of for-profit organisations. The existing gaps created by sociological determinism and economic disparity will only grow wider. Users of communication infrastructures are now forcibly turned into consumers.

Creators, this concerns you too.

Indeed, this is worrying. This is a matter of human rights, democracy, and free speech. It obviously concerns artists: by virtue of our position in society, we do have a duty to speak up. One reason, in particular, makes the issue of net neutrality particularly relevant to filmmakers. The reality of the business means that our work happens on the web. This is where we collaborate. Most importantly, this is where we share our work.

Every evening, Netflix accounts for a third of the Internet traffic in the United States. There has never been a better a time to make a film. Production resources are more accessible than ever and you can release your movie immediately to an audience of roughly 7 billion people in the blink of an eye.

That is, of course, if they and you have access to free internet. Creators need it as a platform to communicate and build audiences. Films can bring, and have brought social change. If you have to pay extra to upload a politically charged movie, and the audiences most in need to see it don’t have the funds to access it, creativity and activism are firmly stifled.

After the death of Federico Fellini, the New York Times published a piece that lamented the unreadability of his films. Martin Scorsese took it upon himself to respond, not about the taste, but about the narrow-minded attitude towards a different kind of films that American audiences are not used to.

The attitude that I’ve been describing celebrates ignorance. It also unfortunately confirms the worst fears of European filmmakers.

Is this closed-mindedness something we want to pass along to future generations?

If you accept the answer in the commercial, why not take it to its natural progression:

Ultimately, who will decide who “we” are?

Scorsese’s argument can be used now as well. In a world that has become a global village, as per the term coined by Marshall MacLuhan, repealing net neutrality anywhere -not least in the nation with the most influential soft power- means that, as citizens, we are deprived of the power of deciding who “we” are.

If you want to make your voice heard: you can sign the petition on the White House website here.