My lessons from a fabulous filmmaking experience! - Raindance

My lessons from a fabulous filmmaking experience! 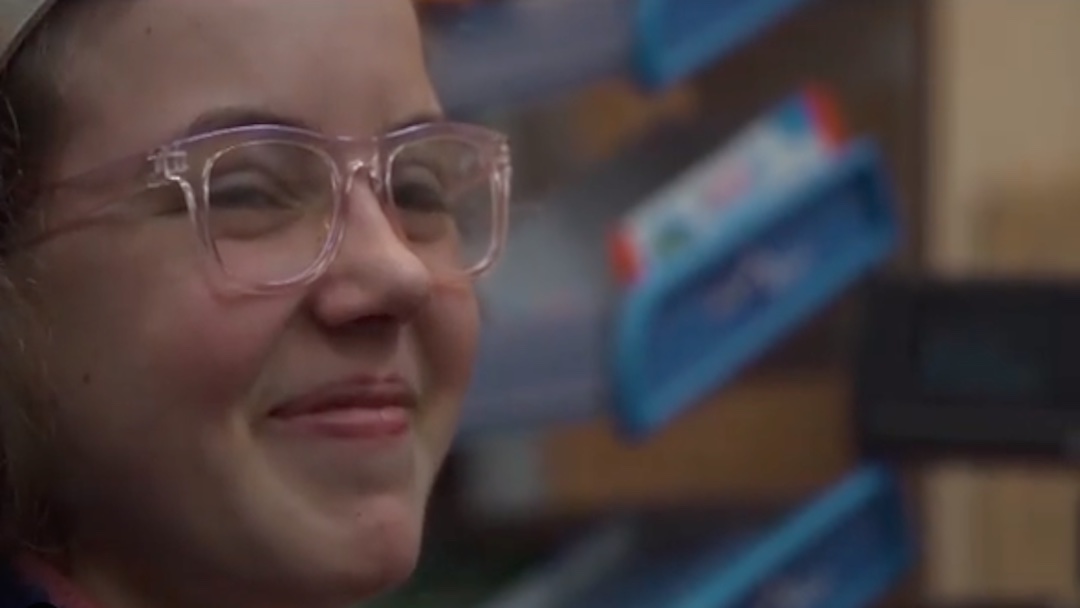 I am absolutely delighted that our short film ‘Fabulous’ has been selected as one of the top 3 winners of Raindance’s 60 Second film competition and will be screened at the festival this year. It was such a fun film to work on (as director, producer and editor) and I am really pleased that it has been so well received.

‘Fabulous’ is very much a Raindance film as it wouldn’t have been possible without the talented folk that I have met through the festival and other networking events over the last couple of years.  Also, I am so grateful for the fantastic guidance of Raindance Film Festival tutors and have learnt a lot through the Director’s Foundation Certificate (with Chris Thomas) and other evening classes (with Simon Hunter and Elliot Grove).

I thought I would take this opportunity to share some of the things I have learned this whilst making ‘Fabulous’. With every project I work on I learn so much, and hope these reflections may help others who are starting their journey into independent filmmaking-

Although I love the challenge of working on longer projects, the buzz and satisfaction I got from making this 60 Second short was amazing! This competition gave me the opportunity to put something together very quickly, take risks and try something new.  Taking the story from script to screen in less than 3 weeks was certainly a wild ride! Even the shoot itself was quite quick, just 3 hours, late on a Saturday evening when the shop had officially closed (although customers kept coming in whilst we were shooting!). I would definitely recommend quick projects such as this to learn new things and have fun too.

Caught in the act of indie filmmaking!

It all starts with the script

I know from my early filmmaking attempts and from teaching filmmaking to young people that when starting out it can be very tempting to grab the camera and start shooting without a strong script or story.  Although I’m sure there are times when you can get lucky, I much prefer to rely on a strong script and build everything else on this. This was definitely the case with ‘Fabulous’. When I saw the competition advertised I loved the brief immediately, but I think it’s fair to say my initial ideas were fairly average! So that’s when I made the call to Sheffield-based writer Ben Marshall to brief him on the location, main cast and theme. Within a couple of days he came back with the fantastic script for ‘Fabulous’, which nailed the brief perfectly and fitted a great narrative arch, backstory and plot twist neatly into one page.

The script for ‘Fabulous’ by Ben Marshall

Ben also wrote my last short ‘The Last Kick’, a drama/thriller, which I am currently entering into festivals including Raindance.  In that script Ben wrote sensitively and skilfully about a challenging subject matter and it was definitely the strength of his writing that enabled me to secure my fantastic cast and crew.

Poster for my upcoming short ‘The Last Kick’

Always have a plan

With ‘Fabulous’ I was determined to have a strong plan to make the most of the short time we had on location with our talented cast. I have recently fallen in love with the Shot Lister app (thanks to Giles Alderson for tipping me off about this!).  It makes my life so much easier and I find it so quick and easy to use. The shot list I exported from the app was so helpful on set for ‘Fabulous’. I drew my storyboards quickly and they aren’t perfect, however I still found them extremely useful on set.  The main thing is that this planning helped us get loads of great material to working with when editing. Of course even with the best planning in the world unexpected challenges can arise on set or you may make changes. However it provides a fantastic starting point and helps you reassure everyone that you know what you’re doing!

I heard someone say recently that networking is not about being in the right place at the right time but being in all the places all the time!  I’m so grateful to Raindance for the Boozin’ and Schmoozin’ networking evenings, evening courses and other events. Through these I found many of the fantastic crew and cast that I worked with on ‘Fabulous’ and ‘The Last Kick’.  These talented individuals have become great collaborators and friends, and have helped me take my work to the next level. In fact, it was at the Raindance Live Ammunition pitching event last February that I met Francisco Labbe, who brought so much to the role of Ali the surprising shopkeeper in ‘Fabulous’. I’m sure you’ll agree he was indeed completely fabulous! Francisco, can currently be seen on Netflix, acting opposite Anne Hathaway and Rebel Wilson in The Hustle and will appear soon alongside Penelope Cruz in the upcoming spy film The 355 as well as in the Showtime TV series Halo. It was at the BIFA awards and the Raindance Holiday party that I met Sophia and Clementine who were brilliant as supporting cast in ‘Fabulous’. Also, many people have also commented on the fantastic performance of our young lead. Maya is Ben’s daughter and this is the second time I have directed her (we worked together on ‘Rock. Paper. Scissors.’ (https://vimeo.com/277604540) in 2018 and I was so impressed with the depth and humanity she was able to convey in such a short scene in ‘Fabulous’

My fabulous cast and crew!

‘Fabulous’ also gave me the opportunity to work alongside some old friends who I have been making films with for a long time.   I have known the DoP, Robert Campell, since we started university together over 15 years ago!  We have learnt so much together working on shorts and documentaries over the years and it was a pleasure to collaborate together once again on this project.  I’m so pleased with the cinematography in ‘Fabulous’ and Rob has such an amazing talent for capturing my vision and bringing the story to life. I’ve also been friends with Joe Dawson since university and am so grateful to him for getting involved as sound recordist for this film.

James on the set of ‘Fabulous’ with Rob (DoP), Joe (sound) and actors Clementine and Sophia.

James is a London-based director, producer and editor working primarily on narrative and documentary shorts. This year, James plans to tour the festival circuit with his drama/thriller short ‘The Last Kick’. Additionally, James helps train the next generation of filmmakers in secondary schools and elsewhere. A selection of his films can be found at www.skinnerfilms.co.uk.