Let’s back up a bit.

You want to sell your film, right? Who do you target your publicity at? The people who buy films, right? And who buys films? Acquisition executives, or ‘film buyers’.

Each film market has many film sales agents who select films they think they can sell to distributors and make a commission.

So the three most important people in the world you need to market to are: festival programmer, film sales agent and acquisitions executive. And to be realistic, there are probably only a few dozen individuals in either category you can target with your new film.

The route to marketing independent film

Here are some facts that might make your blood run cold:

Most films, whether festival films or not, end up at a film market like the American Film Market (AFM), the European Film Market (EFM) or Cannes (Marché du Film). With hundreds and thousands of films competing for acquisition executives and festival programmers, marketing should really start here. 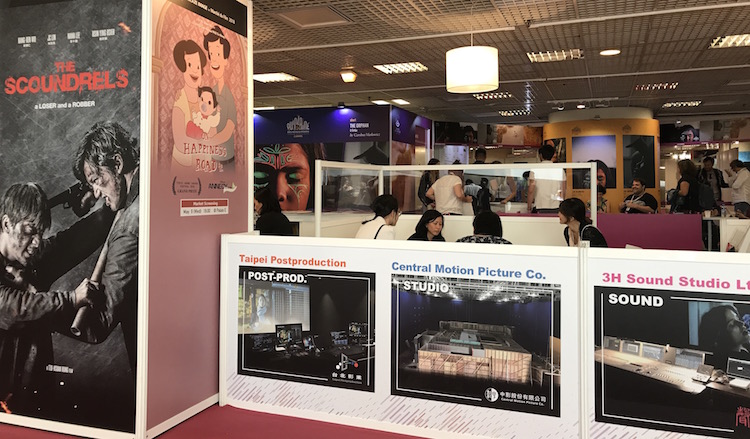 In 1996 the legendary Roger Corman was a guest of the Raindance Fim Festival. Please research this amazing genius, Roger Corman on IMDB.com.

Roger is a morning guy. He would meet me in my London office with the morning British papers. Over a cup of coffee, he would tear out keywords and mash them up on the table. When he saw a good movie title he would hand-write it down and I would fax it to his office in Los Angeles. This is how he came up with titles for some of his 750+ features. Titles like: Grand Theft Auto, Death Race 2000, Rock ‘N Roll High School, Slumber Party Massacre, and The Fast And The Furious.

When he saw a title in his mash-up he would handwrite it down, and I would fax it to LA in the days of the flimsy paper fax machines. Roger would leave my humble Soho office and do what independent film geniuses do, and return about 6pm. LA would be awake and through my fax would come a very lo-res poster with nothing more than the image and the title. If Roger liked it, he would tear it off, stuff it in his pocket and in the evening mingle with the great and the good of the London film scene. And acquisition executives of course.

He’d tell me the next morning, if enough people liked his film he would hire a screenwriter to write the script suggested by his poster. Reverse engineering.

2. The power of the one sheet

Roger Corman aside, did you know films are sold at three different stages of production at a film market?

A one-sheet is deemed to be good when at first glance you know exactly what genre of film it is. This film is obviously not a rom-com!

There’s nothing to stop you taking a one-sheet to a film market and see if you can get it funded in what is known as a pre-sale. Finance aside, its an excellent way to judge the market reaction.

3. The power of the trailer

Imagine this. You are either an acquisition executive or a harried festival programmer on a deadline. You still have a dozen films to watch, And its getting late and you are on a deadline. Don’t you think you’d want to watch a trailer to see if the film falls within the parameters of your distribution company or film festival?

No two people understand what crowd-funding is really about than RB Botto of Stage32.com. And multi-hyphenate storymaker & Crowdfunding “Zen Master” John Trigonis.

I know both RB and John personally. And they will each tell you that the reason you initiate a crowd-funding campaign is to raise awareness of your project. Getting money is a secondary benefit.

Each of these books provide an invaluable insight into marketing and getting the word out about your film.

5. The power of genre

There is no surer kiss of death than to describe your film as a drama. The term drama is too general. All stories are dramas.

Remember that every single acquisition executive in the world is looking for a different type of product. The quickest way to narrow down your film from the thousands of others is to describe it by genre. Are you horror? Or action? Better yet, are you a genre hybrid? Action/Adventure? Romantic/Comedy and so on.

Nothing is easy when it comes to marketing. If your film has a lightness to it, and if it looks like you’re having fun, it’s almost guaranteed your marketing will be successful. Keep up to date. Read the trade papers and see if you too can identify trends and marketing techniques that you can adapt for your campaign.

What was your idea for a movie again? I think Roger Corman has said it best of all: Start with the poster. A picture, after all, says a thousand words.