Making a Zoom Short Film during a Pandemic - Raindance

Making a Zoom Short Film during a Pandemic

In a previous article about making a short film in 2019 I said that one of the most difficult things in indie filmmaking is budget restraints. Little did I know then that a pandemic would come along and increase the difficulty level even more! I didn’t want that to stop me making a short in 2020 so I set out to make a short film over zoom and with a skeleton cast/crew.

During the pandemic in 2020 I wrote and directed a short film called Life’s a Show, a 10 minute comedy looking at people’s need for attention and recognition.

The film follows an actor, Matt whose play is cancelled, causing him to realise without acting his life lacks direction. Taking this thought all too literal, he decides to hire a director to help guide him through his everyday life. Things quickly escalate as he realises what he truly needs is an audience or else his performance is pointless…

If you’re interested in making a short film over Zoom (or any other videocall software!) check out the tips below.

Note: all stills in this article are pre-colour grade, we’re currently crowdfunding to hire some post production help and cover festival submission fees! All behind the scenes photos are shot by Bailey Graham. 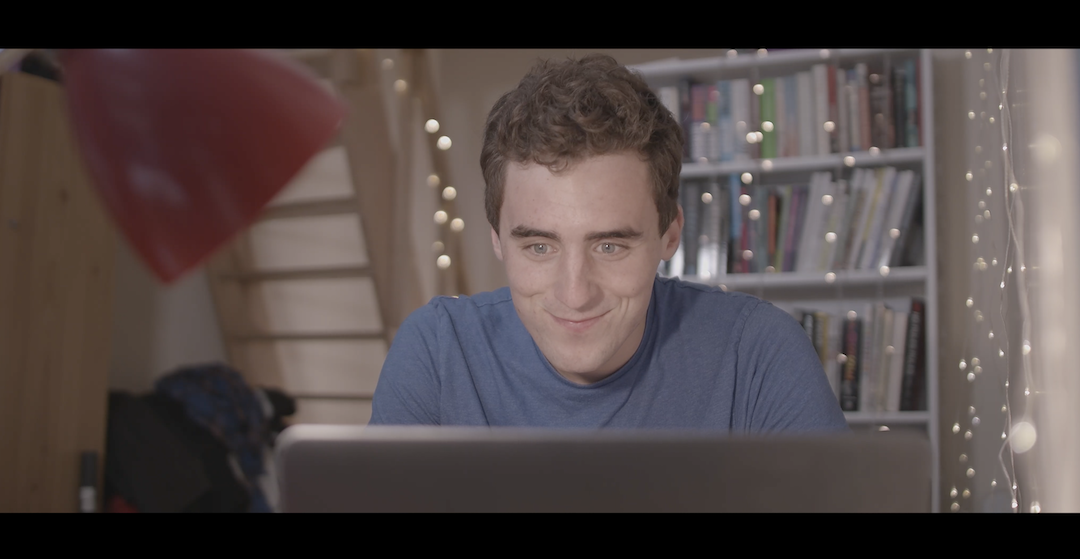 Jon Tarcy as Matt in Life’s a Show

There’s a wealth of technology out there now that will help you make films remotely, whether it be video calls, screen sharing/recording or even just recording phone calls. When I set out to write this short film I knew I’d be needing to follow government guidelines on Coronavirus, which at the time was the rule of six.

This meant that we’d have to have very few actors on set to accommodate for the crew we’d need to shoot with. Bigger productions have Covid departments and regular testing to get around this – but that just wasn’t in our budget!

In the end I settled for a hybrid film, with one actor on set (shot like a ‘normal’) film, and all the other characters joining the film via video call. In the end this led to us having eight people recorded remotely over zoom, and ten further people watching a rough cut of the film and reacting to that. These actors were also tuning in to do their part from five different countries. 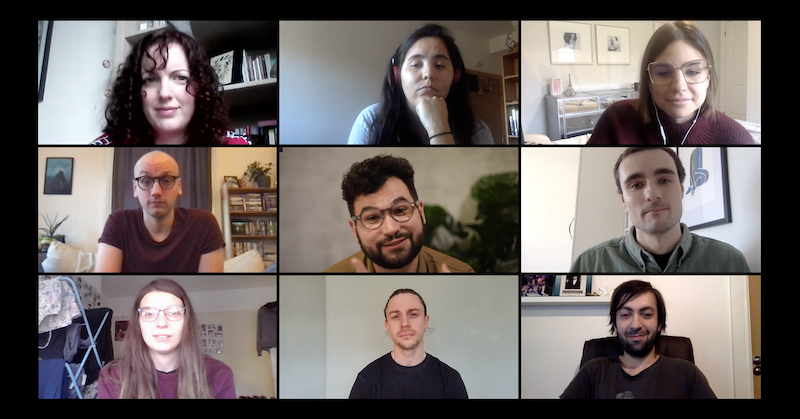 Dusan Mrden as the Director and the ‘Zoom Audience’

And that’s not including zoom calls for planning shot lists with crew, or rehearsals – since the actors would never be in the same room together I figured it was really important to have a read through over video call so they’d know what each other were doing in the scenes!

It’s Both What and Who You Know 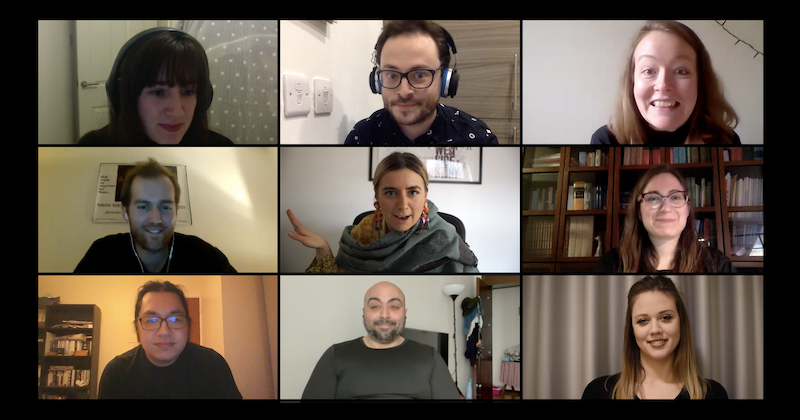 Lucy Hilton-Jones as Director 2 and the ‘Improv Group’

Whilst it is important to experiment with new ideas, it’s also useful to stick to what you know. For this short I looked to my previous ones for inspiration and decided to write another comedy short, not least of all because we need a laugh after the last year…

I assembled the crew I worked with on the last two shorts as well as cast members Dusan Mrden, who was in my short Yes, Virginia, and Lucy Hilton-Jones who I previously worked with on The Many Faces of Beth Jones.

By continually working with the same team you can build trust and an understanding of how they work (and vice versa for them with you)! This is especially useful when trying out new mediums of filming.

It’s one thing making a film for fun (and yes it’s hardwork & sometimes stressful, but don’t let people tell you otherwise, it’s still fun!) you also need an audience to watch it. Creating buzz around your film before it’s release will slowly build interest in your film.

There are many ways you can do this, such as creating Twitter or Instagram accounts (as I did for my production company Coin Operated Films) and posting about your filmmaking process as well as stills and trailers when they’re ready. You could also write articles about your film for filmmaking blogs such as Raindance (ha meta.)

Hopefully these tips will help you to continue to be creative during these testing times. Creativity such as filmmaking or other forms of art can help create light in the darkness, so why not give it a go yourself?

You can find out more about my film on our social media or our crowdfunding campaign, that we are currently running to raise festival submission fees.