Making a Short in Self-Isolation 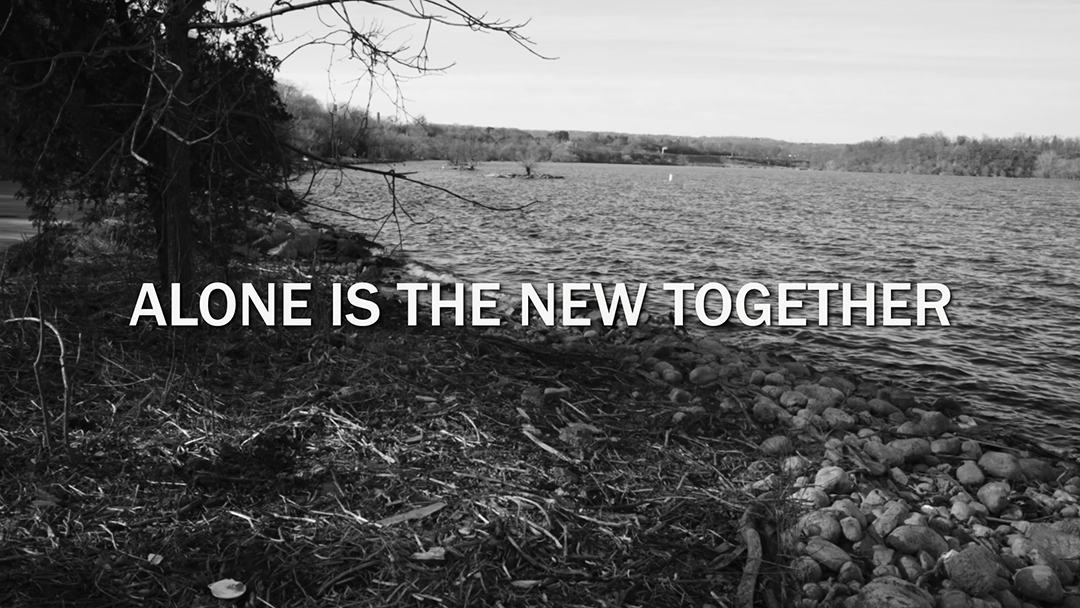 On a bad day there’s always creativity. Now that being cooped up and worried about the future has become the norm, it’s no surprise many of us are turning to writing poetry or making short films.

My first publishing effort was at age 7, when my grade two teacher photocopied a story I’d scrawled on lined paper. I remember neither the story nor the audience reaction. Filmmaking came later, but the creative impulse is the same.

It’s an impulse with a number of components, like the need to invent somewhere to escape to, and to share experiences. Also the need to create something you can recall on your deathbed and mutter, “I’m proud I made that.”

Under the current circumstances all of these needs make themselves felt with urgency.

Cinematography for me began with black and white 35mm still photography, and I’ve never stopped loving translating a scene into monochrome. Value, texture, composition. Patterns of black, white and grey. There’s not much I enjoy more than properly exposed BW film with the right kind of grain, details sharp and clear.

When I decided to shoot footage for Alone Is the New Together, I wanted to experiment with black and white on my DSLR. Shooting in monochrome, not desaturating in post.

Using a Nikon 28mm f2.8 prime from the ’70s produced a look that reminded me of some of the first Super 8 footage I shot, which got me hooked, the way first experiences do.

To experiment with digital BW was an idea that sort of hit me that day. Previously digital had always been about colour.

This shift mirrored how suddenly I felt driven to shoot anything at all after not finishing a film in ages. Maybe the stress of global contagion pushes you to indulge in what you love, and/or widen your horizons.

Filmmaking at a Distance

One of the few activities allowed these days, here at least, is a walk outdoors, maintaining one’s imaginary two-metre bubble.

This particular Saturday was late-winter cold but enticingly bright. Lately I’ve felt compelled to shoot water; couldn’t tell you why.

The normally deserted path along the Lake Ontario shore was busy considering the icy wind, but this is what happens when there’s nothing else to do. Maybe people will keep taking walks even when the gyms reopen.

It was one of those rare shoots when getting the footage you want happens readily, but my memory card filled up as I was starting a particularly promising pan. I could have deleted files, but there’s a limit to how long you want to stand next to a tripod in a biting wind.

So I rode home, keeping plenty of space between my bike and all possible disease vectors.

Editing and Writing, In That Order

While zooming in on my Nikon D810’s little screen gets me what I want technically, I don’t know how I’ll feel about a shot until it’s substantially enlarged. And an external monitor is cumbersome on a bicycle.

Getting home I was pleased to find a couple of successful shots among the duds. One of the great advantages of filmmaking without live action or dialogue is that a shooting ratio approaching 1:1 is eminently achievable.

While I’ve mostly used Premiere for editing, I was able to cut this ultra-simple piece to my satisfaction in Photoshop.

Another thing about dispensing with conventional narrative is that the script need not come first. When I went out shooting it wasn’t to illustrate a story that was already on paper, or even fully formed in my head. Not an approach that would fly on an industry shoot at all.

One night at a film festival networking event at a swanky Toronto bar I was talking to an up-and-coming producer about the short of mine that was programmed. About how I did the writing, shooting, editing and sometimes acting myself.

I see her point. But being a one-person studio can be advantageous in times of pandemic.

I don’t want to create the impression that this short was born entirely of limitations. Although in my experience embracing limits pushes you to really explore the areas where you’re less constricted.

I used to regret not being the personality type who could direct compelling live action, but at a certain point you stop apologising.

As for Alone Is the New Together, I suppose the process of making it was more like writing a poem than directing live action.

Certain themes were on my mind when I went out in the cold to shoot slow pans of Lake Ontario. But once I sat down to write, the story, such as it is, was already there, anxious to get out.