Lights, camera, scream! - how to shoot from the hip in horror - Raindance

Lights, camera, scream! – how to shoot from the hip in horror 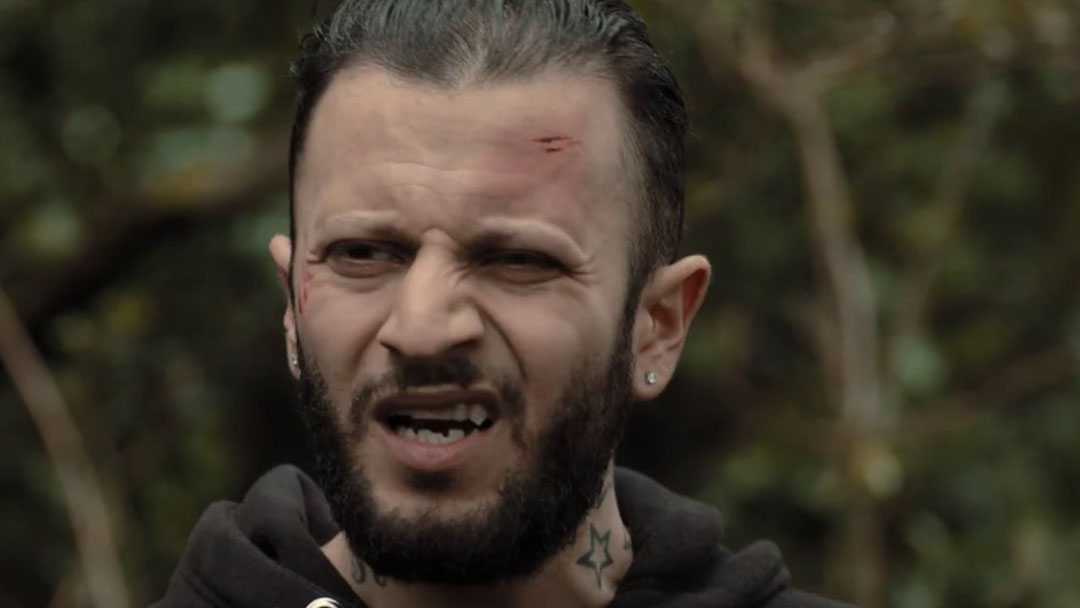 The great thing about horror is it’s completely unpredictable – and that’s why I love working in the genre. You can find yourself living in a hostel in the middle of a forest while working as a production manager assistant, doing continuity for a haunted house horror-comedy, or directing a found-footage in a Los Angeles ghost town.

My first horror short was set in a Brighton underpass, which was closed down very soon after the shoot, with the actor dressed as the Texas Chainsaw Massacre’s Leatherface. So at 7am I was desperately trying to persuade early-bird joggers to not charge through our set while he brandished an imitation chainsaw!

I started off working as an unpaid runner in London, despite being in my 40s and twice the age of the average runner, and working in a completely unrelated job, From humble beginnings of buying everyone lunch, taking the SAs to the loo, and fetching the crew coffees, I did the clichéd work-your-way-up thing.

After a while, I was hired as third AD on the feature “Love Possibly”, an amazing mocumentary which screened at Raindance. I’ve also worked on other people’s horror features, including on the very talented Fredi Nwaka’s horror comedy feature “Are We Dead Yet?” which premiered at FrightFest, the UK’s largest horror festival, in 2019.

I believe in being as useful as you can on set, so I also work as AD and continuity. As I’ve worked in journalism and PR, I can take BTS photos which aren’t as good as a professional but still useful.

Since then I’ve managed to write and produce horror shorts, some half shot in Los Angeles (unfortunately directed by myself!) and half in the UK, and all screened globally.

I’ve always found a good idea is to look for filming locations that stand out, and one of my favourites was England’s supposedly “most haunted” village in Pluckley, Kent, where I shot my second horror short, “Fright Corner”, mainly filmed in a graveyard at 3am. Here I was lucky enough to work with Rob Callender from “Game of Thrones” and “Pride and Prejudice and Zombies”.

Another helpful idea is to find somewhere to shoot that means something to you. I’ve always been obsessed with Los Angeles, which is why I always visit horror-esque locations there. I shot my short “Halloween Girls” about a 21st century John Carpenter fan who goes to one of the “Halloween” locations and gets more than they expected. I was just visiting one afternoon as a tourist, so had to shoot the whole thing on my IPhone so the quality wasn’t great. But just filming where Jamie Lee Curtis’ character’s Laurie Strode sits made up for it.

Filming in LA is always great, whether it goes right or wrong; when you’re filming in a city famed for being glamourous and sunny on the big screen, you need to work to find a location that’s out of the way and rundown. There’s a ghost town on the outskirts of the city in Rustic Canyon called Murphy Ranch, built in the 1930s. It’s is a genuinely disturbing place, built by the Nazis, and now is just ruined buildings covered in graffiti and fenced up with barbed wire.

I’d unwisely bought a cheap secondhand camera to film there, which on the first day of course just stopped working, so I had to shoot a lot of the final footage on my Iphone. Fortunately my editor was amazing and managed to make it look great and give it a “Ringu”-style creepiness which really worked.

Another shoot-from-the-hip shoot was my latest short earlier this year in a deserted zoo just out of LA, about a disastrous Valentine’s Day. We had one day to complete all the principal photography, and I had to direct as well as write and produce, which was pretty nervewracking – if that short never sees the light of day, that’ll be why!

Another issue to factor in is that budget filming obviously means sometimes you’re working with limited time restraints and budgets, so you’ll just have to do your best. As an example, I had literally six hours to shoot ghost short “Grandfather” one summer. So the actors and some friends who generously offered to work as crew came straight to the location from their day jobs. After dinner, we shot all night, wrapped at 5am when it was too light to film any more, ate all the leftover pizza for breakfast, and then all went back to work again at 7am. That’s just how it works.

I always try to ensure I’m working with good actors you know you can trust. David Dooner acted in “Grandfather” before appearing as a wannabe photographer in my Valentin’s Day short. Another great performer is Aoife Hogan, who has featured in three of my horror shorts and can be the femme fatale, ghostly killer and lovable girl-next-door with equal ease…she can play anything in horror.

Horror is a great genre to work in and despite being famous for scream queens in deserted forests, there’s a lot more going on than you might think at first. Don’t be worried about working with a limited budget or equipment, never be afraid to shoot from the hip, and above all remember everyone’s gotta start somewhere. Even fetching coffees.

Nina Romain's horror microshorts tend to be shot in the grungier side of London, including the UK's "most haunted" village. Last year she AD’d on a Covid-safe rom-com and created some shorts, ranging from a pandemic nightmare in lockdown London to one on two friends lost in a forest who find a creepy black and white photo of a child and realise some kids aren't that cute when they grow up... She’s currently reviewing a lot of scripts while optimistically planning summer shoots. For more information, please visit: www.girlfright.com