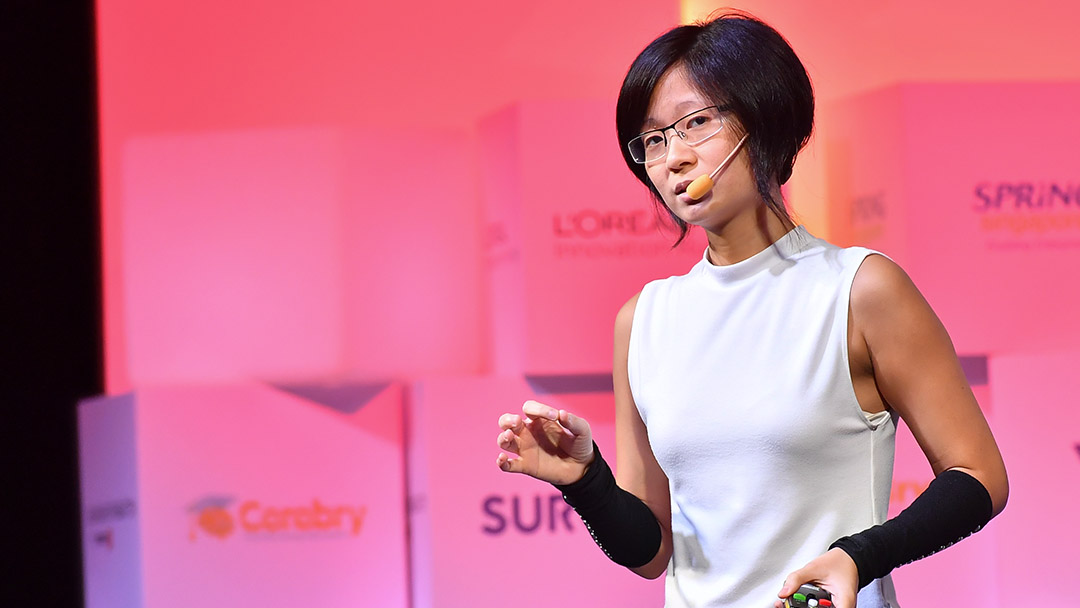 Visual effects are a huge part of the film industry, and aren’t just limited to big budget Hollywood films. I recently got to interview Vicki Lau, a VFX professional, using the social distanced medium of email.

Vicki has been in the industry for 6 years with compositing experience in both After Effects and Nuke. Her past work experience has been at studios big and small (Intel, The Third Floor, Stargate Studios, Deluxe Stereo D, Halon Entertainment), including working on shows (The Walking Dead, Grey’s Anatomy, Brooklyn Nine-Nine), commercials and blockbuster features (Guardians of the Galaxy, War for the Planet of the Apes, Aquaman).

How did you first get into the VFX industry?

It happened as a natural progression from my interest in video-editing and film. I was given a camcorder at the age of 14 and back then, being a shy and quiet girl, I realised I was able to use video as a means of self-expression. Long story short, it was then that my path to visual effects was set; I went to school for the art and eventually pursued a degree in visual effects at the Savannah College of Art & Design (SCAD). I suppose you could say that I went to school for the craft and in some way, that’s how I got into the VFX industry in Hollywood – I found what I enjoy doing and stuck with it for a long time.

What project are you most proud of being involved in?

I’m always proud of all the projects I get to work on because I learn so much from each and every project. If I had to pick, however, I’d say “The Walking Dead” was my most memorable project since I am also a fan of the show and it was my first “break” into Hollywood – even before I had graduated from SCAD. My work on that show also led me to the Emmys, which happened about 3 months after I had graduated.

We’re big VR fans at Raindance, what was it like working on such an ambitious VR project?

“CREATE VR” was developed and published via limited distribution on the Oculus Store by a team of 18 collaborators over a span of 7 months. It was definitely a very ambitious project given the timeline, the nature of our collaboration and the VR experience itself. As the executive producer and lead supervisor on the project, I had a fantastic time spearheading my team towards this vision. As a person who thrives on bringing ideas to life, there was nothing more exhilarating and tantalising than executing on my ideas.

Since a lot of us are in lockdown at the moment, any tips for working from home you picked up on with CREATE VR?

When working with remote teams or projects (or in this case, working from home), one of the keys to success is to over-communicate aggressively. In fact, it’s better to be extremely vocal and over-communicate than be passive and hope that your message gets across as intended. Sure, it may come across as annoying or too much at times, but it is far better to get your point across clearly, without an inkling of doubt or confusion, than to have your message misunderstood, which could cause delays or unintended results in your project.

You’ve mentioned you give talks on VFX careers, aimed at women, do you find there’s still a gender discrepancy in this industry, and what measures should be taken?

Based on my experience, it is true that the VFX industry tends to have more men than women. I don’t think it’s necessarily a bias against women, it’s just that women tend to be less attracted to such positions or roles to begin with – which is a natural state of the industry. I don’t prescribe there to be any measures needed to be taken as I don’t believe that a lack of women in the VFX industry is an issue – it’s just the objective state of the industry. However, perhaps there may be people (women or not) who find it difficult to get into the industry, and that’s where me raising awareness and educating the public come into play. It’s possible that some just may not be aware that such roles in the industry (or making a career out of VFX) exist.

VFX tends to be known for being in big budget Hollywood films, do you have any tips for Independent filmmakers looking to add some to their lower budget films?

Well, I do have to say that I teach VFX online (we have about 48,000 students from 177+ countries and counting) and I welcome anyone interested in learning from me, haha! But in all seriousness, I would recommend independent filmmakers find a generalist (someone that is able to execute all areas of VFX from modelling to animating and compositing); whilst it is tempting to do your own VFX as a filmmaker, I usually find that you are far better off looking for an expert or a freelancer that can add more value to your production with well-executed visual effects – the results will show you why.

Lastly, any advice for those wanting to enter the VFX industry?

Work hard and love what you do.