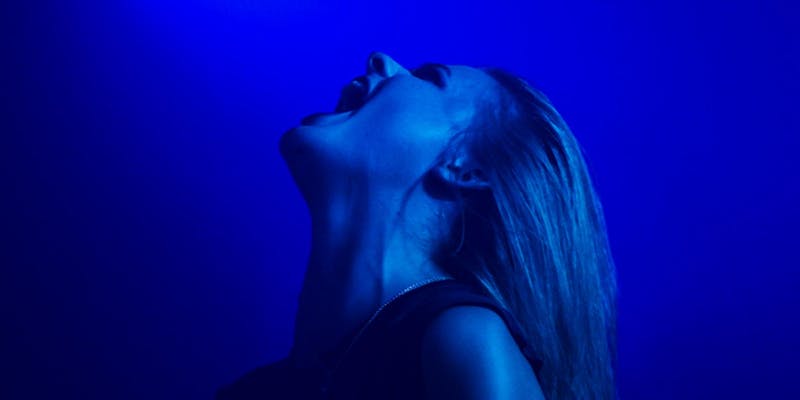 We are proud to announce that Hilda, an incredible film we’ve had the honour of premiering at Raindance 2019, has been included in the BIFA 2019 Raindance Discovery Award long-list! We sat down with the director, Rishi, to ask a few questions about his ideas and processes.

How did the idea for the film come about? Who inspired this strong woman character?

I wanted to tell the story of a young woman who lives for her craft, and the result of her creativity being snatched away. I guess Hilda is an amalgamation of many people. On hindsight, I see a lot of those closest to me in her character, alongside the people I met during the writing process who shared their stories with me.

How did you find Megan Purvis? Was it easy to cast Hilda’s role? And how did you direct an actor into such a complex character?

We found Hilda towards the final round of auditions. It was extremely difficult casting her role, we spent about 6 months going around different cities in the UK scouting for the right Hilda. Megan Purvis rocked up at a Tortilla restaurant for an audition in the final month. She blew my mind, and was the only person who I felt really understood the essence of the character, who I could see transitioning from a young school-kid into a manifestation of the hell around her.

Once casted, Megan and I workshopped non-stop. In-between learning how to bellydance and researching her history, we would roam the streets of London in the dead of night. Megan would constantly be in character, exploring the Jazz clubs of Dalston, getting lost in nightclubs and staying up all night in parking lots. It was a sleepless and intense, but very joyful process. She is such a versatile actor, and one of the hardest workers I’ve ever come across.

How difficult it is to be a first time director in the current industry? What are the challenges you had to overcome in order to make the film?

It was fucking terrifying.. I kind of just launched myself into it. As a kid I felt that film could capture anything the mind could. I think I brought that naivety with me into the production process. With a small budget and tiny crew, it was very trying on all of us. We had producers and members of the industry calling us up during the process, telling us this film could not be made, that it wouldn’t go anywhere and was too ambitious considering our small budget. We also managed to gather individuals like Tim Roth on board who gave us the confidence to keep pushing through the mud.
The cast and crew felt like a family by the end. We were all living in the same house we were shooting in. By night it was an overcrowded squat and by day it was Hilda’s family home.

How does it feel to be longlisted for the BIFA 2019 Raindance Discovery Award?

Pretty overwhelming, it is truly such a privilege to be noted amongst such incredible filmmakers.

What is your next project?

Hilda is part of a non-linear trilogy, all of which are character-driven stories of individuals growing up in suffocating climates. I can’t give too much away just yet, but it’s a film I’ve had in mind for quite some time and feel ready to take on next. I’ll be moving to the Middle East for a bit in January to start the development process.

Tomos Roberts, producer on Hilda, is also about to embark on his first feature film – a chilling, dark comedy set in the heart of London. It’s one to look out for, and I intend to be working with Tom next year on bringing the story to life.

Rmember to keep up with Rishi and his films as they continue down their road of success, and good luck with BIFA!
https://www.hildamovie.com/