How to be Human: Interview with Actress & Producer, Louise Salter

If you’re a sci-fi fan, or you’ve been to a few short film festivals this year, chances are you may have already heard of How to be Human, a dystopian, sci-fi short set in a post-apocalyptic Britain. After screening at film festivals across the UK and internationally, we were lucky enough to speak to the extremely talented Louise Salter, lead actress and producer of the film, about all things How to be Human.

Two years in the making, How to be Human is finally making the rounds at both UK and international film festivals – including here at Raindance where Louise is currently completing the Raindance MA. The film centres heavily around a futuristic, war-torn Britain where humanity must be abandoned in order to survive (scroll down to watch the trailer). “I was wanting to make a film and I was waiting for the right time and the right topic to come about,” Louise describes when asked how she arrived at the concept for the film. Louise’s frustration around the media coverage of the refugee crisis and misrepresentation of the refugees themselves triggered the idea for the film, as she expresses “I really wanted to use my voice and the tools I had built around me to put my frustration into a film and get my voice heard through this platform.” The film raises questions of empathy with audiences and, after various festival screenings, Louise has spoken to many audience members who have expressed that the film opens their eyes to their responsibility to other humans. Although the film raises difficult issues, Louise could not be happier with the outcome of the film:

“What started as a tool for venting my frustration became a project that actually brought about unity in a lot of communities, both at film festivals and online – that’s the best thing that could come out of the film in my opinion – people being brought together and raising people’s consciousness.” 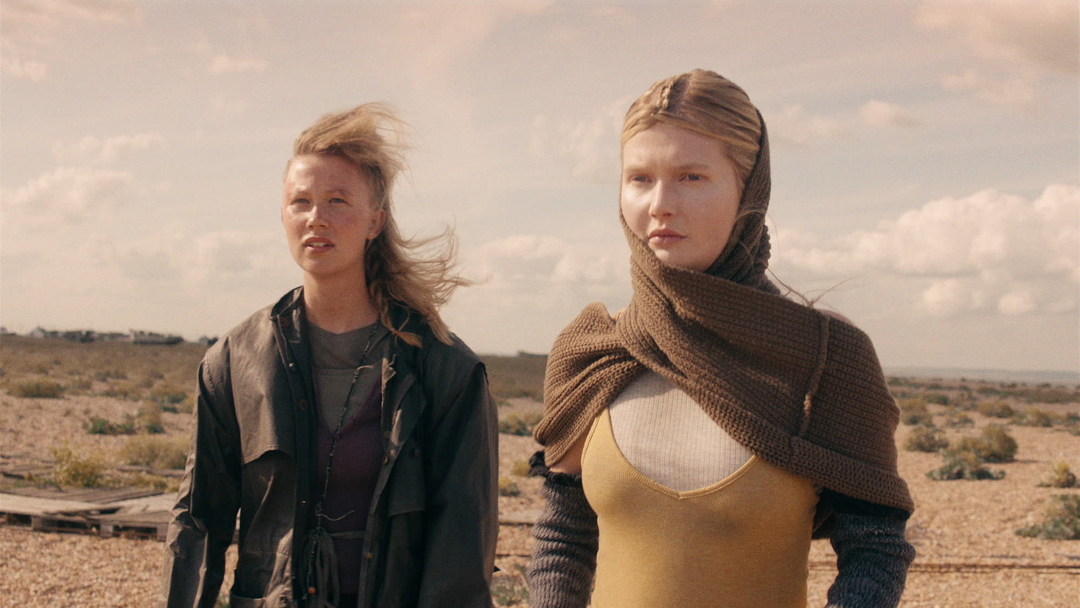 Louise Salter and Sophie Kennedy Clark in How to be Human

Check out the revolutionary Raindance Postgraduate Film Degree. Learn how we can help you actualise and realise your creative dream. It’s a self-directed programme where you decide what you want to do. Raindance then provides expertise, feedback and support. You can book a personal information session HERE.

Conscious of the importance of casting in securing a place in film festivals, Louise aimed high with her hopes for cast members, and her ambition paid off as the film stars both a BAFTA-winning actress (Sophie Kennedy Clark) and a Tony award-winner (Frances Ruffelle). Louise notes how she was extremely lucky with casting, as she explored the contacts of her crew and her family friends in order to secure the final cast. The cast of How to be Human is largely female, and the narrative focuses heavily on female relationships, a choice Louise is very conscious and proud of. Coming from an acting background, Louise is acutely aware of the roles available for women and is extremely proactive about creating roles for women instead of waiting to be cast. When choosing her crew, Louise notes the importance of finding a director for the script that was invested in female-centric narratives, which lead her to the film’s director, Bruno Centofanti. Louise not only aimed high for her cast, but also for her crew and the graphics for the film, working with both Spill Studios (Fantastic Beasts and Where to Find Them) and Territory Studio (Ghost in the Shell) on the VFX for the film. For Louise, the graphics were essential in establishing a sense of place and helping the audience negotiate the world the characters were in, and the stunning results speak for themselves (below). 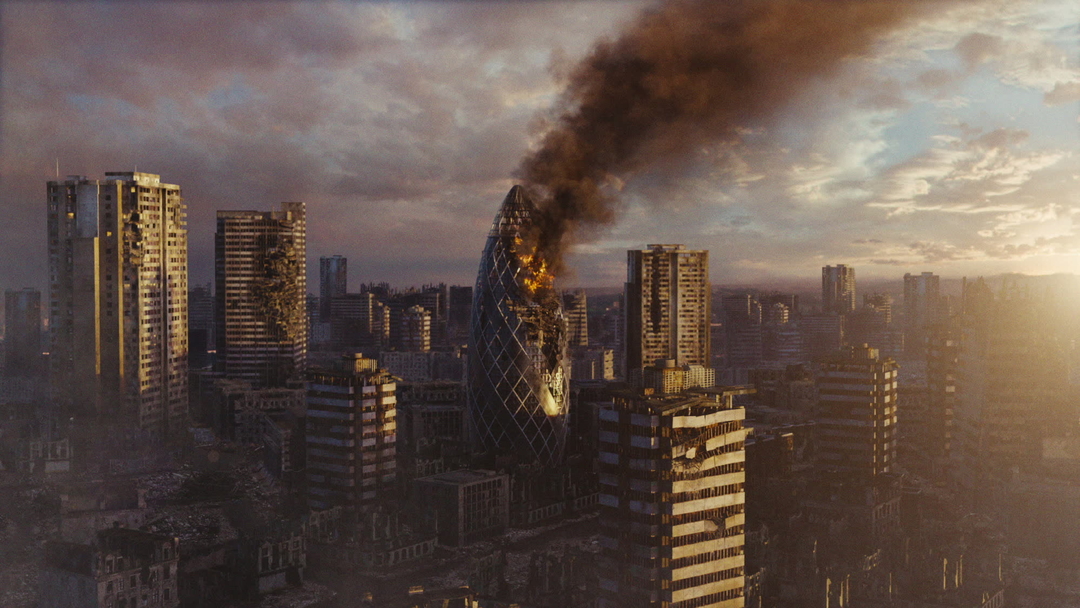 Still from How to be Human

One of the difficulties Louise faced was having the responsibility of both the producer and the lead actress, “wearing two hats at once is hard, especially when I’m acting.” Louise explains how acting requires the majority of her focus on set, and the producing responsibilities would often be handed over to her co-producer. Louise notes that “short films are harder as you’re trying to conserve your budget”, so the co-producer also worked on costume design, and the split responsibilities definitely made it more of a challenge on set. However, Louise states, “I think there’s many strengths to having a hybrid of roles. As an actress you’re constantly meeting new people and having to empathise with characters and I think maybe a part of that plays a role in the producing role when it comes to teambuilding and communication.”

As the film is inspired by current events, I asked Louise how she decided now was the right time to release the film. “I meet a lot of people and they have loads of ideas for films and they’re always asking me when is the right time to go for it, and in my opinion, there is no right time really, the right time is just when you feel it’s the right time.” Her advice to first-time filmmakers is to find your film’s purpose:

“If you have the idea together and you feel like it has a purpose, that for me is when you’re ready to go ahead.  A lot of people have ideas for stories but it doesn’t really have a purpose. When it has a purpose that’s when I’d say it’s ready and you should do it. Because no one else will.” 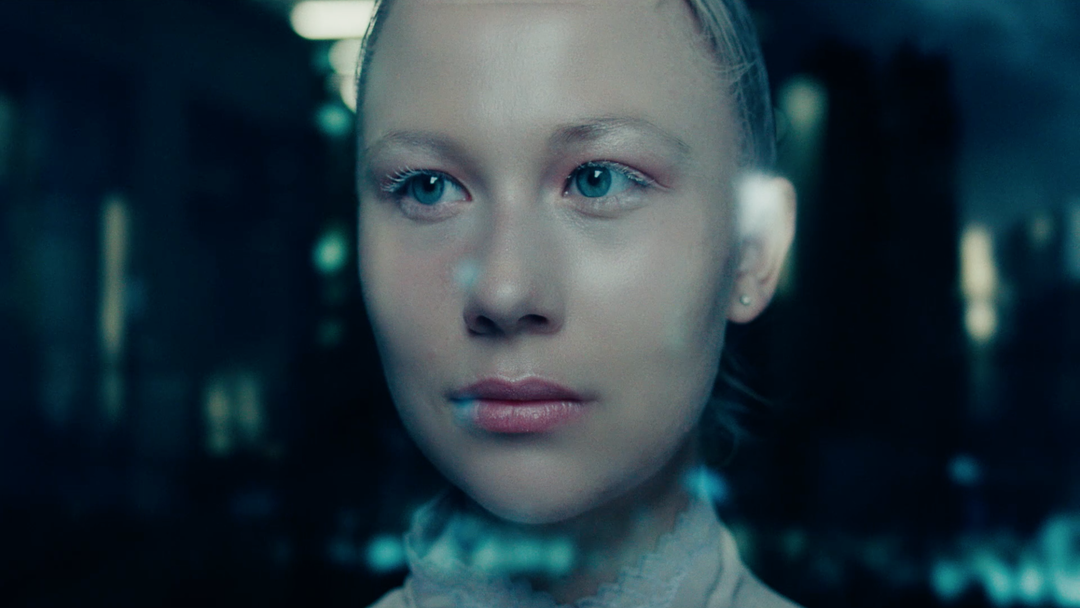 Louise Salter in How to be Human

The film’s festival success has extended across both Europe and America, as it recently screened in competition at Sitges and at the Miami International Science Fiction Film Festival. Louise explains how being part of such a prolific genre has affected the film, “The sci-fi genre has an awesome community of people who love and celebrate the genre. From our experience, they’re a very inclusive crowd. When people started to see us at a few festivals, we started to build up our network very quickly.” With the existing sci-fi community, Louise is conscious of finding new ways to access and engage with audiences, “We’ve had support for How to be Human through social media and on a few Facebook forums which definitely helps the film’s exposure. As Facebook’s algorithms have been altered to (apparently) encourage communities and groups – I think there’s a lot more we can do to engage sci-fi supporters with the feature.”

Film festivals have proved vital in promoting and establishing a community around the film, and they have also succeeded in raising Louise’s profile as she was approached after a festival screening and offered a role in a sci-fi series due to her performance in the film. Through her proactive attitude of creating roles for herself instead of waiting for roles, Louise has proven that a hybridity of roles pays off and encourages women to take more creative management roles in the industry: “It’s incredibly empowering to take the creation of your projects into your own hands. It liberates and encourages you to think outside of the box. I feel that I’ve genuinely become more open-minded and creative since I’ve learned the power of manifesting your ideas.” 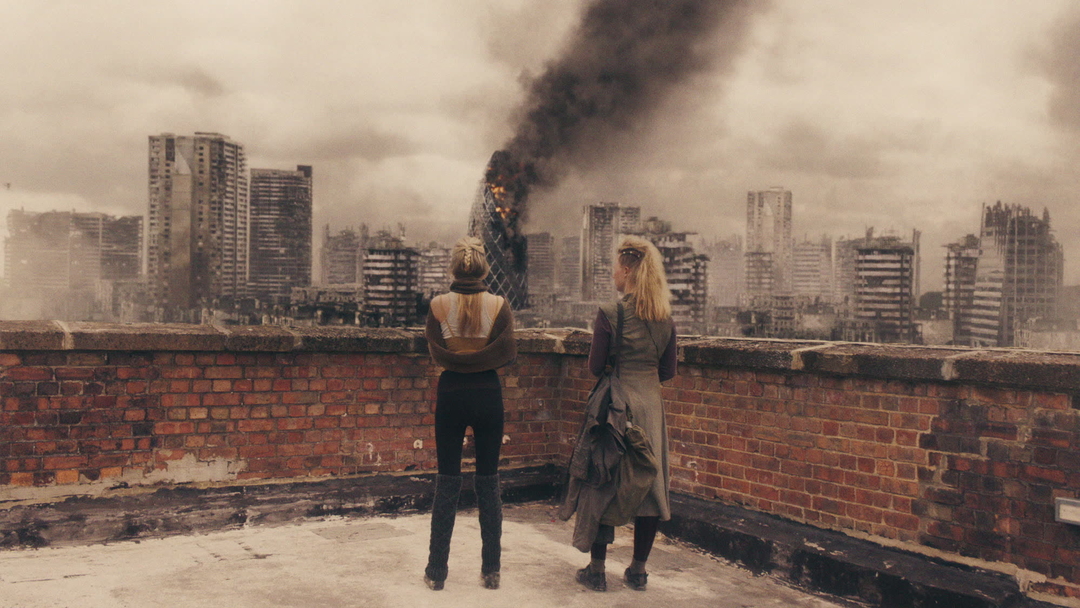 Still from How to be Human

The short leaves many unanswered questions, and has the feel of a feature as the world they have created within the film lends itself to a franchise, and Louise comments “we are very lucky in that we have created a world which is expandable.” On the topic of franchising, with lots of exciting things in the pipeline, Louise is able to reveal that they are in the process of further developing How to be Human, however, there are many exciting options open to the film in terms of formats they could use to expand the world they have created:

I’m very open to where the concept of How to be Human will go. We held an industry BFI screening and had a questionnaire and the ideas for where people wanted it to go was 50/50 feature and series. We’re very excited because the universe within How to be Human is so expansive, there’s lots for us to explore. We’re currently developing the feature film script but we have a lot of supporting formats in mind (like a YouTube channel and podcasts).

In terms of her plans as an actress and producer, Louise is currently completing her MA in Film here at Raindance, which allowed her to work around her film projects, “I was able to work the course around what I needed to learn in order to produce the film.” Louise is open to new projects and determined to learn as much as she can from everything she does:

“I’m extremely passionate about the art of acting, so I’m focusing on learning my craft as much as possible. But I would say my future plans are to be open to new ways of thinking and manifesting; I believe when we label ourselves, we limit ourselves in some ways. It’s amazing how liberating it feels when you remove the titles that we usually use to define ourselves and start opening our minds to the fact that we have the power to make whatever we want to achieve happen.”

Find out more about the film and where you can watch How to be Human by checking the website.