How VR is Changing The Future of Film Marketing

How VR is Changing The Future of Film Marketing

With the rise of Virtual Reality we have seen its use in many different situations in inventive ways. This includes Healthcare, helping stroke and brain injury victims using immersive virtual reality therapy to regain motor and cognitive function faster than with traditional physical therapy. Even the justice system, Jurors could, in the near future, be placed into a virtual crime scene to give them a better-informed decision on their verdict. The main use of VR though is of course in the entertainment industry and we have recently seen the use of VR as a tool for the promotion of films. What better film for this up and coming kind of promotion than Spielberg’s Ready Player One.

Set in a dystopian future in 2044 where the Earth is in disarray. The only escape for the people from this harsh reality is a virtual one, a world called the OASIS. A place you can do whatever you want, go anywhere and be anyone to the limits of your imagination. However the creator of this world has passed leaving his fortune and control of the OASIS to the worthy winner of a complex and dangerous Easter egg hunt he has designed. The film follows an unlikely candidate, Wade Watts, as he fights to save the OASIS and his own world. 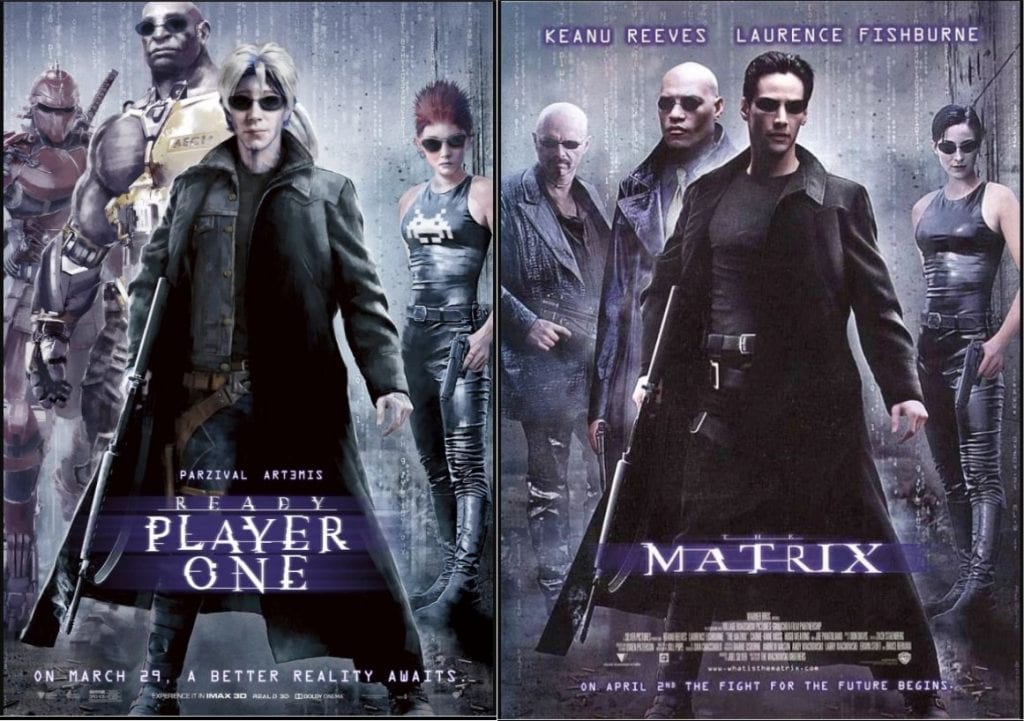 Ready Player One had its world premiere on Sunday at the South by Southwest Film Festival in Austin, Texas. To promote the premiere they ran a Ready Player One VR Experience from the 9-11th which took over Brazos Hall. It gave fans an opportunity to delve into the world of RPO and to experience the OASIS for themselves. Outside the exhibition space was transformed into the Stacks, the run down stacked trailer park people inhabit in the film. As James Halliday, the creator of the OASIS, grew up in the 1980s his virtual world is chock-full of 80’s pop culture references, so the experience included Parzival’s (Wade’s avatar) personal DeLorean for fans to sit in along with 80s arcade games to play and many other retro things on show. 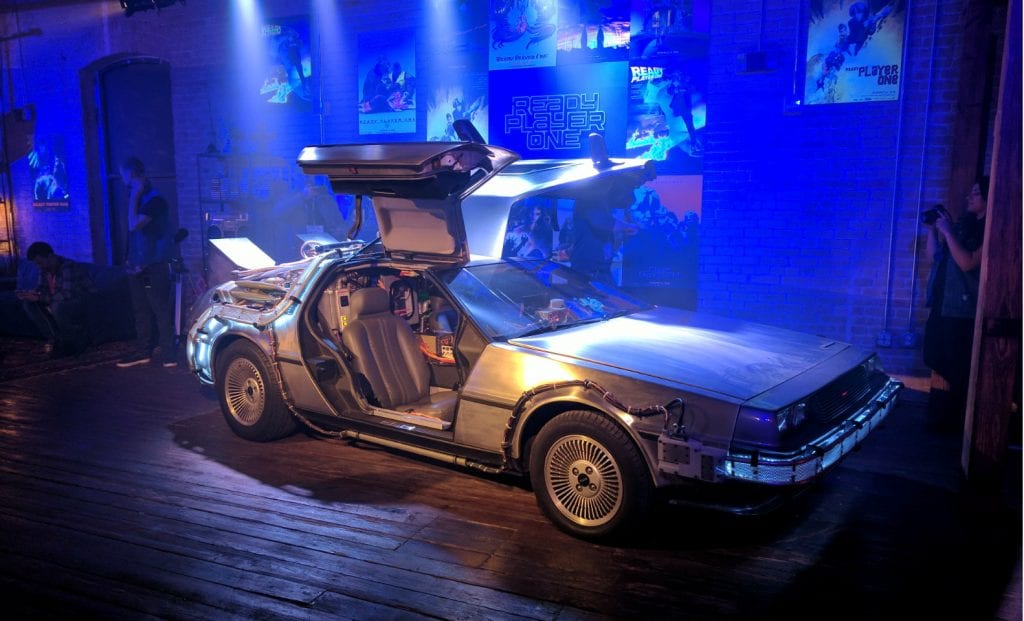 HTC Vive, the official VR partner of the film worked with developers to create eight different VR immersive experiences inspired by 80’s arcade games for fans to play and also the chance to create your very own OASIS avatar. Fracture, one of the games on offer, is a Virtual Reality reimagination of the classic 80’s brick smasher games, genius. Included in the VR experience was a chance to check out the zero-gravity nightclub, The Distracted Globe. Tye Sheridan (Wade Watts) DJ’ed during the RPO party using TheWaveVR software on the Vive with some quality 80’s tunes.

This is by far the biggest VR promotion for a film so far. Although it seems to be a growing trend with many other film producers harnessing this technology to promote their films. Some of the other VR promotions include Disney VR with free to download experiences on steam, and the IT:FLOAT VR Experience which is probably one of my personal favourites, which is available for you to watch on YouTube achieving 3.5 million views. This goes to show there’s a large, growing audience to captivate when using VR as your marketing tool of choice. However, there’s still a vast amount more just around the corner with the release of Ready Player One likely to cause a further wave of interest into VR.

What you can do to join in

Interested in trying your hand at VR film-making? Try our Hands-On Virtual Reality Weekend course which is designed to give you the basic knowledge and experience needed for you to join in with this new medium of entertainment.

Nathan Gambrill is an intern at Raindance and is loving it, he has acted for as long has he can remember and has taken lead roles in several amateur stage productions and experienced acting in a short film. Nathan is Raindance’s gaming ‘expert’ and is excited for the future of gaming and film's budding relationship.