How To Market Your Indie Film on Social Media 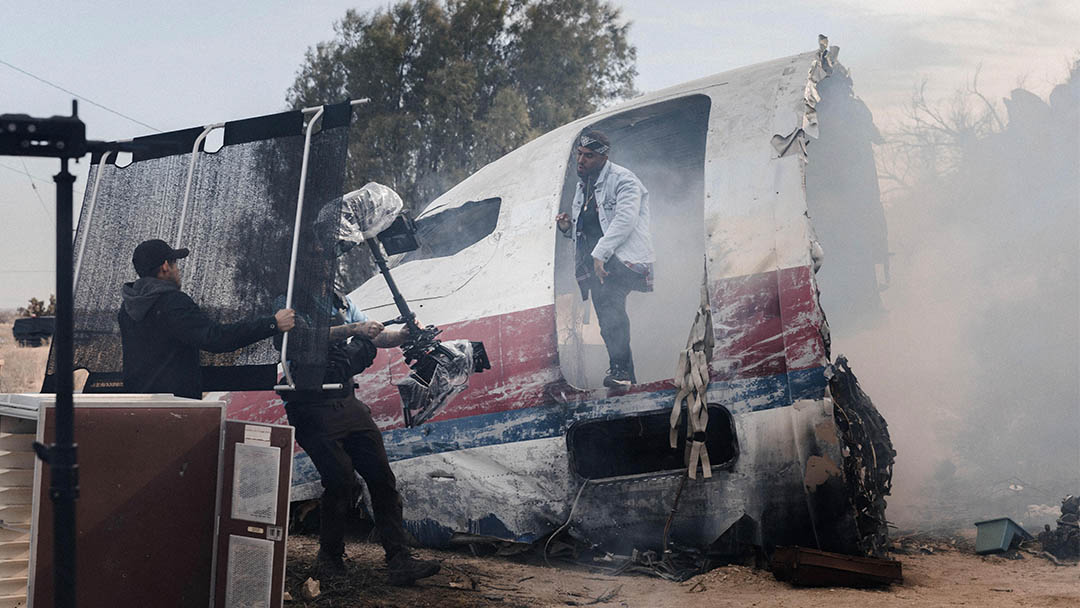 Social media has more power than ever before. It’s grown from a network to connect with friends into a platform where people can do almost anything. Entertainment, news, family updates, marketplaces, a sense of community — social media is a hub where we find what we care about most.

Unfortunately, it’s also something that a lot of independent filmmakers take for granted.

Too many brands treat their social media accounts like public-facing notice boards. They post updates about new products, job opportunities, or trending articles for their industry. And filmmakers often fall into this trap, failing to leverage all of social media’s benefits to build some momentum and excitement around film projects.

By the end of this article, you’ll have a great sense of how to use social media for promoting your film and connecting with your target audience (instead of just hoping they find you).

The Trend Of Promoting Projects

Social media isn’t just a place to try and generate excitement or create a production vlog. It’s become a way to actually distribute content, and it’s clear that other filmmakers are going out and building their audiences on those platforms.

That way, when it comes time to promote their independent film, these filmmakers know they’ve made something that people already want to watch.

But to fully appreciate how much you can benefit from investing in your social media presence, here are a few examples of indie filmmakers who built some serious buzz around their projects.

When you look at successful social media channels for films, you’ll find top picks from every genre or production level. But one thing to strive for — a “north star,” if you will — is to develop a visual style that sets a tone. Not every Twitter or Instagram account has to have a unique look, but if you find a coherent look or theme, people will recognize that while they scroll through updates.

In fact, some major productions have taken particularly low-budget looks for their social media channels. Look at the Twitter feed for Logan. Black and white photos aren’t something we’d expect from a big-budget Hollywood production, but the updates capture the tone we now associate with this bleak superhero film.

On the other hand, check out The Purge’s Instagram. Sure, you get some on-set updates above The First Purge. But most of the content uses bold images and text — it’s content that will stop you in your scroll. (And most of the posts are things you could do with even the smallest budget.)

Social media is a complicated topic, because there is no “perfect” path to take. So whether you’re working on the next summer blockbuster or an indie film on a shoestring budget, you can create a platform that expresses something special about your film.

And the best news is that it doesn’t have to look “indie” or low-budget.

Obviously every film is different. And it would be naive to make any assumptions about your next project. Instead of trying to tell you what part of your film should be the focal point of your social media content, let’s look at different ways you can build a social media strategy that works for you…no matter what your film looks like.

Finding Viewers Where They Hang Out

Sometimes, the success of an indie film is in the hands of early viewers. Still, there are proactive things you can do to build momentum and capitalize on any buzz your film generates as a result.

The starting point is finding places to connect with an audience. While we all want viewers to find us or our projects, the truth is that, in most cases, indie films are best suited for smaller niches. And if your film fits into an established subgenre, you already have a huge advantage.

Reddit and Facebook are like databases of communities, and each one of these groups comes together over a shared interest. If you can find groups that match your target audience, you’re already in a position to promote your film directly to people who will (most likely) get behind it and talk about it with friends outside the group.

But finding your niche is the starting point. A universal truth about social media is that you need to commit to engagement.

This advertising buzzword basically means that anyone who wants to build a social media channel has to consistently interact with people. That might mean asking questions to generate questions, or responding to comments, or even engaging with other people’s channels. Staying active and involved in a community shows you aren’t just interested in yourself.

In other words, engaging with your target audience establishes credibility for you and your work.

Make The Most Of Your Social Media Presence

Some people want to see set photos or behind-the-scenes content, either to get an idea of the project or to learn more about filmmaking. Other people will expect regular updates. But no one wants to be slammed with constant plugs for the project, and that’s the most common mistake for independent filmmakers.

Yes, you can and should promote your film. But on social media, people don’t just want advertisements — they want to be entertained and educated. You can certainly plug your project, but part of a commitment to engagement means you care about fans and fellow filmmakers just as much as your project.

In that sense, spreading awareness of your indie films means becoming part of a wider community. And once you build those connections, you’ll start to see some organic buzz around your project. People will feel a sense of connection to it or to you, and that is the best kind of excitement that any creative project can earn.