How To Fake Being An Indie Auteur And Promote Your Career

How To Fake Being An Indie Auteur 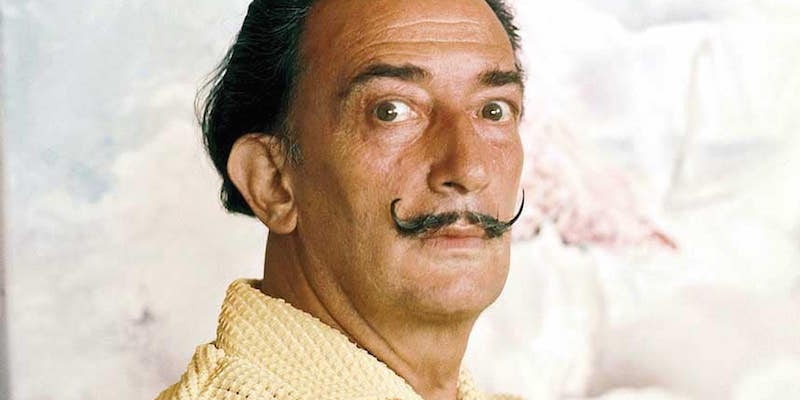 Having watched over 1,000 feature films a year as the Head of Programming of the Raindance Film Festival, Suzanne Ballantyne writes her observations and advice on how to Fake Being An Indie Auteur

This is not about how to make Hollywood films, made-for-tv films or even low budget films. This is not about making films whose purpose is to entertain. This is about a different species altogether – the indie auteur film, short or long – the darling of the latest ‘it’ festival – with city names likes Gotenburg, Hamburg, Kerala and Rotterdam in their title. The kind of film that press people, pretentious programmers, art house proprietors and film academians piss themselves for. The kind of film that might just launch your career as an indie auteur.

When thinking of your indie auteur script think sexual triangles.
Two women fighting over a man – two men over a woman. It’s a well-trodden path to indie genius.

Come up with a script which pays ‘homage’ that is, closely follows the plot points of a previous indie gem by a bona fide indie genius- i.e Francois Truffaut’s JULES ET JIM. Most of the audience won’t have seen the film you’re paying homage to anyway and even if they have they won’t quite get in what way you have been paying ‘homage’ to it.

Dialogue should be minimal. You do not want to overstate the case. Keep the audience guessing as to what exactly your film is about. Pauses are more important. Have lots of them and keep them long. The camera can then focus on the motionless faces of the actors as the audience desperately try to interpret their thoughts while struggling to figure out exactly what is going on.

Cast your friends and family. They should be weird looking but photogenic. Don’t shy away from the fat, the frail and the ugly. It’s your job to go where no director has gone before. If they can’t act shoot them without sound and add voice-over or shoot them from the back. You can always edit out any hints of amateurishness.

Cast actors who can really act – In fact cast the best actors you can as they will save your ass and add weight to your project that should stifle all and any niggling questions about your ability. Great actors want to preserve their own reputation and they may carry you along with them.

Take a scene with a few people then go back and shoot it again – each time from a different characters point of view. This will be interpreted as the director making a point and will add weight to your wafer-thin plot. In fact, just taking a very basic plot line and retelling it from each characters point of view is enough of a script for the indie auteur.

Go for flat lighting in general but make sure there are at least two scenes which contain shadows – shadows are good. A shadow of the lead character as he makes his way down an alleyway, for instance, will be interpreted as either internal conflict or possible schizophrenia. It will make you look like you know what you’re doing. Bored film critics look at shadows and try to interpret them tso give them something to do – just try to make sure the shadow in question isn’t the boom arm.

If shooting on film have fun playing with the processing – sepia tones, bleach outs, whatever – it’s all part of your look.

Shoot on film or digital made to look like film (using filters, programs anything you can) – preferably on black and white or even better, black and white with nano second shards of bright colour interspersed for an almost subliminal amount of time to convey murky plot points, back story etc. into the mix. Despite digital advances proclaim your love for the “look” and smell of film.

Mix up your formats. Shoot parts of your film on a mobile phone, use found footage, photographs, alongside that indie darling, super 8mm. Shoot on recans and ends, preferably donated to you by a famous director. Scratch and draw on the surface of the celluloid. Be bold. The less understood the finished product, the better.

The sound is all important. The picture can be static but sound should tell the story – that is the story the audience is trying to piece together from the little you’re giving away. Make sure the foley is first rate, sound is crystal clear or horrifically muddy. Play with sound to your heart’s content and think contrasts. For instance, when the character looks out of the window and sees rain mix in some tracks of stampeding elephants. Sound reigns supreme in the world of the indie auteur and the superb sound is ideally mixed with the grainiest most inscrutable of images for true indie supremacy. This is because critics and audiences are looking for genius so hard they’re prepared to make it up if necessary.

Repetition is very important here, both to show plot development even where there is none and to imply a deeper meaning where again there may be absolutely none. Here is an example. At the opening of a film, a boy plays the piano very badly. He works with a teacher and later in the film we hear that his playing has improved.The viewer thinks – this must mean something, right? Later on, we hear the music again – it’s improved, but only slightly. The audience will wonder what does this mean? – or it could be played with a violent edge to imply anarchy or chaos or it may be played with fluid virtuosity to imply magnificence, a story well told and a film that is finally over.

How will you look when your publicity still is printed in the catalogue alongside the obscure title of your film? -which ideally should be one monosyllabic word, and again, very much open to interpretation.

In this instance, grunge rules supreme. Blur your sexuality, wear a few items of apparel from the sex opposite to your own. Either never cut your hair or shave it all off and wear clothing that proclaims your poverty and intolerance of consumerism. Like Jesus, the indie auteur shall be dressed in rags

Suzanne’s career is as varied as the films she has discovered for Raindance. She studied dance at the National Ballet School of Canada and acting with the legendary acting coach Eli Rill of the Actors Studio. With percussionist Ron Rulli and Aura Urzeceanu she recorded a jazz album and acted in Toronto's fringe theatre scene. Suzanne co-founded the British Independent Film Awards in 1998 and has been Head of Programming for Raindance since 1994. Many of the films she has discovered have gone on to achieve international acclaim.