The 72nd annual Cannes Film Festival ended last month, awarding a lot of brilliant actors and filmmakers. Many of them began their career by making or acting in indie films. Some of them still enjoy short films and make them a part of their current work. Among these talented people, we have chosen four of them and studied their link with independent cinema.

The Best Performance by an Actress Prize was awarded to Emily Beecham for her role in Little Joe (2019), directed by Jessica Hausner. When Ms Beecham was 23 and freshly graduated, she was cast as Joanna in Jan Dunn’s The Calling (2007), the story of a young woman who decides to join a religious order against her family’s advice. The independent feature film found success and she was awarded the Best Actress Prize by the London Independent Film Festival and the Trailblazer Award by the Edinburgh International Film Festival in 2009.

Nearly ten years later, Emily earned the main role in Daphne (2017), playing a character who lives in a superficial world to protect herself. She was nominated in the Best Performance by an Actress category at the 2017 British Independent Film Awards, offering her international recognition. Emily Beecham is synonym of three awards and one nomination out of nine films between 2007 and 2019. Who could say she hasn’t known success thanks to indie films?

For this 72nd edition of Cannes, two films won ex-aequo the Jury Prize – Bacurau, directed by Kleber Mendoca Filho & Juliano Dornelles, and Les Misérables, directed by Ladj Ly. Let’s talk about the latter, who has always experimented with independent short films during his career: Go Fast Connexion produced in 2008, but also a first edition of his awarded film from two years ago.

The synopsis is relatively similar for both version of Les Misérables. A French Anti-Crime Squad works on a deprived estate, between drug dealers, violence and children living in this zone. But in the last (feature) film, things are much more developed: the children stole a lion cub, the policemen make a blunder, and the situation is almost becoming out of control. And do you know what the best thing is? The awarded film is really the evolution of an indie film!

Mr Bong’s film Parasite was awarded the most prestigious prize at Cannes Festival: the Palme d’Or. Nowadays known as the most famous south-Korean director and screenwriter, Bong Joon-Ho started his career with a short independent movie in 1995. Titled White Man, the story begins with a finger found by an ordinary man on his way to work. This 16 minutes drama – winner of a Shin-young Youth Movie Festival prize – truly launched Bong Joon-Ho’s career. In 2014 he directed Snowpiercer  – adaptation of a French comic  – where the last survivors of the planet are confined in a train, while all people outside died due to a climate change which made the planet freeze. This Korean-American film adaptation was chosen to be part of the top 10 Independent Films of the National Board of Review Awards in the USA the same year.

Jean-Pierre and Luc Dardenne won this year the Best Director Prize for their last work Young Ahmed, dealing with the societal problem of radicalisation. The main character is played by a 13 years old teenager, growing between religious principles and a dawning love. The Dardenne brothers are film directors and also screenwriters and producers.

The Belgian brothers have been working together since 1975. They decided to create their own production company the same year, giving it the name of “Dérives” in order to be independent and to be able to finance themselves their cinematographic projects. The Dardenne brothers are probably the most complete Europeans authors. In 1996 they produced La promesse thanks to the funds of their own company and some public aids. The central themes were conscience and family. Six years later, Le fils, written, directed and produced by the Dardenne brothers – making it an independent film – put social issues and family at the center of the storyline. 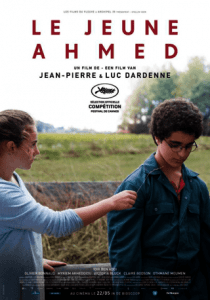 To conclude, we hope this article convinced you about the importance of indie films. Almost all of the most famous and talented cinema players started with independent films. Long life to indie cinema!

Philippe-Alexandre has been an intern at Raindance since April 2019. He comes from the French Riviera and discovers more and more about the film world each day. He may seem discreet and timid, but he is curious, observant and always seeking information.