How I Made my First Feature Film at 21 - Raindance

How I Made my First Feature Film at 21 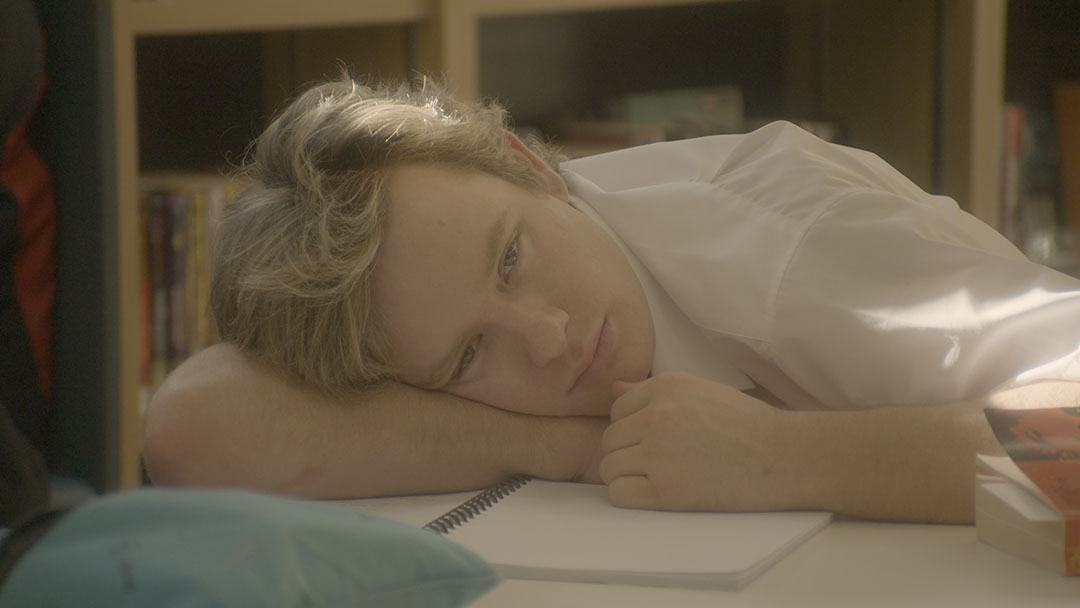 It started in 2016. I’d just graduated from high school, dropped out of film school after two weeks, and had no idea what to do with my life. I knew I wanted to make films, but how do you actually do that? Confused and alone, I found myself staying up all night turning my favourite high school memories into scripted scenes. It was like hanging out with old friends again. Cut to four years later, and those scenes have become “The Library Boys”, my debut feature film, set for release in 2021. This is the story of how I did it and some important lessons I learnt along the way.

You can’t handle the truth!

The hardest part about making your first feature is finding the courage to actually do it. For me, this came from a place of having nothing to lose. I had zero other prospects going for me, I was spending my days dressed up as a killer clown at an amusement park making children cry, then staying up all night watching movies. At three in the morning, in a car outside my friend’s house, I said out loud for the first time “I’m going to make a feature film”. Then I just kept saying it. To every person I met, “Hey, I’m going to make a feature film”. Then to the actors, and to the crew, “We’re going to make a feature film”. Before I knew it, I’d already done it. You can never give yourself the chance to step back and look at the big picture. Making films is ridiculous, there’s nothing sane about it. But if you take it day by day, it suddenly becomes so much easier. Just start saying it.

If you build it, they will come.

Why should anyone care about my film? It’s a question you face when it comes time to find actors and crew but you have little to no money to offer and a huge workload ahead. For me, I found this even more daunting because I was 21 years old and making my first feature film. How could anyone trust me to deliver when I had nothing to show? The answer was in the script. As an indie filmmaker, your script is your most powerful tool. It’s what convinces people that you’re not just some crazy person, that you actually have a strong vision and the ability to tell engaging stories. My script was good and I knew that, so I sent it to everyone. It’s amazing how differently actors would speak to me after they read it. Suddenly, their replies got a whole lot quicker. I convinced my cinematographer to come on board by inviting him along to a table read. Take the time to write a great script before you even start looking for actors or crew. You’ll have a much easier time finding talented people who are passionate about your film.

Fasten your seatbelts, it’s going to be a bumpy night.

There’s no such thing as too much prep. As an independent film, the one thing you have that bigger productions don’t is time. Use it! I took four months to cast. Six more for scheduling, production design and rewrites. Two months for rehearsal. It still never felt like enough. But come day one of production I had everything I could ever need in a big bound folder I called “The Bible” that I carried around everywhere. I don’t believe in the mentality of avoiding prep to save some spontaneity for set. I shot listed everything. I didn’t always stick to it, in fact I usually didn’t, but when we got stuck there was always somewhere to turn. You don’t have time to waste during production, but you have as much as you need in pre-production. Do your homework early and then have your fun on the day.

Show me the money!

Money is the mistress of independent filmmaking. They can never be together, but you’ll always need her. If you want to make a film at 21, most likely you’ll be self financing, so try to get yourself into as comfortable a financial position possible. I got a casual job that was flexible with hours and saved as much of my paychecks as possible. I lived at home, learnt how to cook cheap meals and just kept myself alive for as little money as possible. I was able to make this film in particular because the script was within my means. I knew I’d need actors who can play teenagers, which meant recent acting school graduates who are undiscovered, talented and willing to work for nothing. I contacted crew members I’d met on other film sets who came with their own equipment. I asked the actors what clothes they had in their own wardrobe before buying new costumes. Most of the locations in the film were the homes of friends or family. You have to spend money on a basic lighting package, good sound equipment and food for your crew, there’s no way around that without compromising the end result of your film. But outside of those things, you can pinch every penny. Get the film shot and you can work a side job throughout post-production to fund it all. Or, like us, you can speed things up with a Kickstarter campaign.

I’ll have what she’s having.

I was the person on my crew who’d spent the least amount of time on a film set. If you want to make a film at 21 too, then you’ll probably find yourself in the same boat. But that didn’t matter, I wasn’t there to operate the camera or mic up the actors, that’s what I hired crew for. Trust them and rely on them. It’s the same with the actors. I’m not there to tell them how to give a great performance, they did years of training for that. I just need to express clearly what I want and give them the space to find that. Your most important role as the director is to keep sight of the big picture and maintain that vision throughout every department. Let them play the instruments, you conduct the orchestra.

As of writing this, we’re deep into editing “The Library Boys”. I’m still learning new lessons everyday and I’m sure there’s plenty more to come throughout the remainder of post-production. This really is the best film school money can buy. I could write a whole book of things I wish I knew beforehand, but these are the essentials.

Have a great script.

And hold on to blind faith.

If you can do all these things then you too can make a feature film.

To learn more about “The Library Boys” and how to get involved in the film, check out our Kickstarter Campaign and follow us on Instagram and Facebook.

Zane Borg is a young Writer, Director and Producer based in Melbourne, Australia. He is the founder of Pancake Originals, a production company with the mission of creating and sharing personal stories. His debut feature film, The Library Boys, is slated for release in 2021.