Why “Grammar-Nazis” Make The Best Filmmakers

Filmmaking is a language. It has its own specific rules, its own rhythms and its own idiosyncrasies. And just like in any language, it comes with a number of “grammar-nazis”. In English, they’re these people who haunt Twitter and disqualify any comment that was made if it’s not grammatically correct. They’re everywhere and will not let anything fly by.

When it comes to filmmaking, that kind of people match a certain number of skills that are required from a director: relentlessness, clarity in vision and stopping at nothing to reach perfection.

Writers who revel in the written word also often have a playfulness that pushes them to experiment. They’re of the craft and the language, which also enables them to be playful with the language. They’ll know how to tell the story. And the same goes for filmmakers: the ones that know the ins and outs of cinema and what makes a film take another dimension will know how to make decisions that seem counterintuitive and then use these for the purpose of the story.

When you say obsessive, relentless filmmaker, Kubrick may well be the first name to pop in any film buff’s mind. Many stories have come from his collaborators about how unbearably perfectionist that man with his films. Granted, his body of work is unparalleled and any of his films has become a highly-regarded masterpiece. The Shining is a terrific example of this.

A classic example is the bathroom scene and Kubrick’s use of the crossing of the line to show a seismic shift in the narrative. It’s a classic, perfect use of film grammar. You use the cut to express a change.

In that same film, Kubrick also used his audience’s knowledge of film grammar (whether conscious or not) in the groundbreaking steadicam shots of Danny cycling through the corridors of the Overlook Hotel. The viewer is used to the camera cutting every so often. Not there. The viewer not being used to that kind of smooth shot, back then, and not being used to the camera not cutting away to something else, this accounted for a big part of the uneasiness in the audience.

(By the way, did you know you could roam the Overlook Hotel in VR?)

It goes without saying that Woody Allen is peerless. He is known for a very minimalist style and using visuals that carry the story, but don’t get in the way of the script or the actors.

The 70’s and 80’s saw him collaborate with legendary cinematographer Gordon Willis, a.k.a. the Prince of Darkness, who owed his title to often choosing to shoot with minimal lights, if any, in films such as The Godfather and All the President’s Men. Their collaboration started with Annie Hall (1977) and ended with The Purple Rose of Cairo (1985).

Somewhere in the middle is Manhattan (1979). A landmark film for Allen, it’s essentially the mother of all mumblecore movies, and of all neurotic New York romantic comedies that have come since. That film, with great characters all over (Diane Keaton’s self-conscious journalist, Woody Allen’s Woody Allen-type lover, Mariel Hemingway’s mature 17-year-old, Meryl Streep’s lesbian ex-wife…), used an unusually large aspect ratio.

Aspect ratio is one of the most essential choices made by filmmakers, as it informs the entire film. Allen and Willis chose an iconoclastic 2.35:1 Panavision ratio which was traditionally used for grand epics. In the end, that choice along with the black-and-white cinematography, “romanticised out of proportion” New York and ended up turning into one of the main characters of the film, showing the actors and their environment.

The Canadian wunderkind has already cemented his place in contemporary cinema with five films under his place by age 27, all of which screened at either Cannes or Venice. His latest, the Cannes Grand Prix winner Mommy made headlines for many reasons and also drew attention due to its unorthodox aspect ratio.

The film is almost entirely shot in a square ratio which many attributed to his love of Instagram. (Even though he once confessed that his favourite social network was something else entirely -see below.) 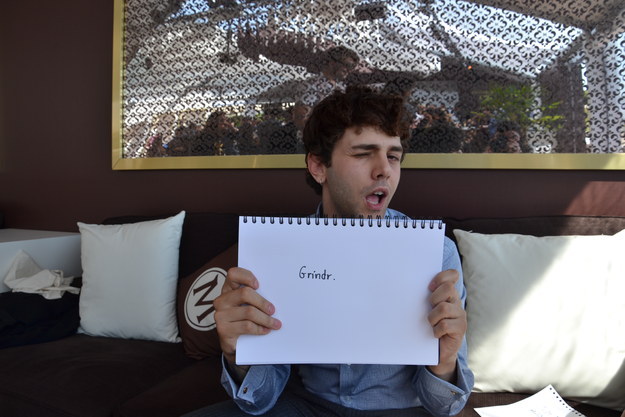 Dolan is famous for his relentlessness, his unbending passion and his hands-on approach to his films (he writes, directs, produces, acts, edits, and does the costumes). As opposed to the previous example, he used the ratio to focus on the characters’ faces and their emotion, and then played with that in memorable sequences, when characters have hope or find release from their angst, to great effect.

Only a true film grammar nazi could have come up with something like that.