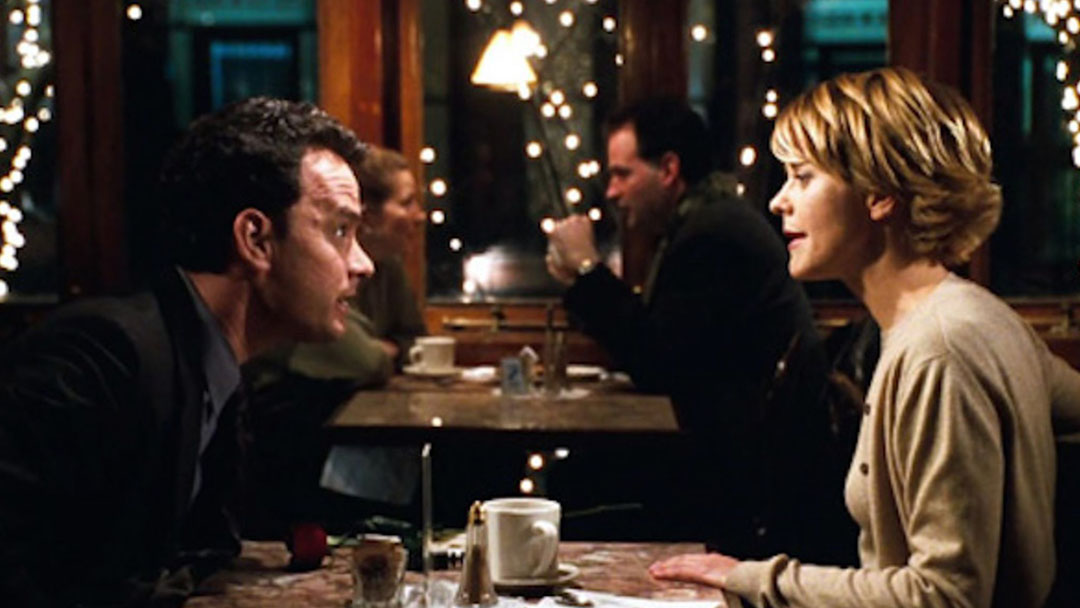 There are numerous dating movies out there that offer great advice on how to approach the topic of romance. While you might be tempted to list the catalog of Nicholas Sparks, that’s not about dating- that’s about super sappy romance and we’re not discussing them. Instead, we’re looking at movies about people that tried to pretend they’re someone they’re not. These films teach us to be ourselves in any situation. Here you can find great examples of real dating profiles and see how they perform.

You’ve Got Mail features a man and a woman who begin an online dating romance with each other. Unfortunately for the both of them, they’re business rivals and they don’t get along in person as a result. One of the most important parts of the movie happens when Tom Hanks’ character goes to meet his online friend in the real world. He discovers it’s someone he doesn’t like, but he isn’t honest and pretends that he’s someone else online. While you can argue that his relationship would never have developed as completely if he had been honest the first time they met, it would have been a good thing for him to do. After all, if someone can’t stand you in person, then why should you settle for dating them online?

Eurotrip is a movie that has a big problem to start: a misunderstanding on the part of the man. He thinks that his German pen pal is a man and his very good friend. In reality, it’s a woman that Scotty eventually realizes has a lot in common with him. While this might not be a problem of honesty so much as a lack in judgment on Scotty’s part, the fact of the matter is that clarity is important when starting any relationship. It is far more important when having a relationship online because there are so many ways that information can be misconstrued by people. As a result, it’s always going to be important for you to tell someone precisely what you mean, even if you are a little more direct than you’re used to being.

Honesty is the best policy. In Must Love Dogs, the two love interests don’t even want to date at first. When Sarah is dishonest in her profile picture and Jake is not honest about owning a dog, things turn awkward in a hurry. There are several important points to make about this topic. First off, you must use the right information in your dating profile. Don’t say that you want someone that likes dogs if it’s not a non-negotiable for you, for example. Also, it’s a good idea for you to be upfront about what you are looking for in a match. People often use dating profile pictures that stretch the boundaries of tasteful in many ways. When you’re online, it’s only fair to use an unfiltered, recent, and properly angled picture so your date knows what to expect out of you. Don’t surprise them with ten extra years and fifty extra pounds- it’s a charade that can only end badly. If it wasn’t for the precise circumstances of this movie, Sarah and Jake would have never gotten together.

There are so many different facets of Sex Drive that are dishonest that it’s tough to pull them all apart. Let’s just start with the basics of Ian Lafferty being a liar and a thief as he attempted to get a woman to like him online. Then, he goes off to find her in real life and things just go off the rails. Sure, this movie is a lot more of a comedy than some of the others that we’ve listed here. Yet, the lesson remains the same. People have to be good and honest when they’re online and looking for love. Otherwise, you’ll have to keep pretending to be someone that you’re not, and that can only end badly. Again, spend some time making sure that your profile is up to date, tells people precisely what you are all about, and is honest. You’ll have no trouble avoiding all the problems that come up in the movies.

There are a wide variety of movies that approach the topic of romance from every possible angle. Yet, when it comes time to be an authentic person for your partner, you need to remember that being true to yourself is the first step toward being honest with them. Take some time to get to know who you are and what you want when you are looking for romance. Otherwise, you’ll have to go through some serious trials like these movie protagonists to finally figure it all out.

Anastacia has a degree in Psychology and is interested in relationships. She loves to communicate and help people to find love.