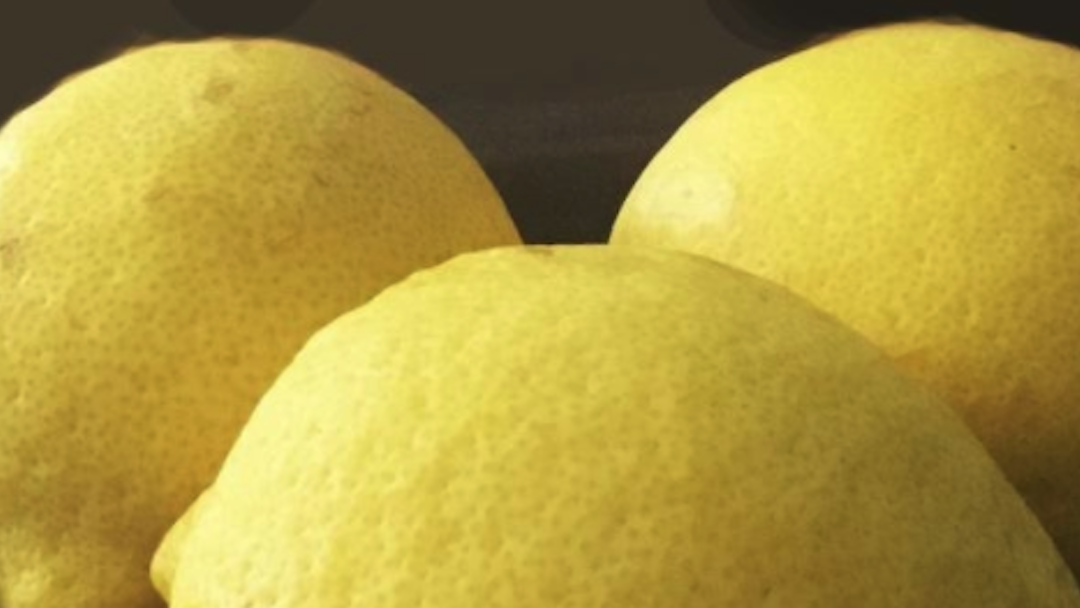 Many actors have managed to transform an illness or injury into a distinctive trademark that gave them an appeal and recognizability they would not have otherwise enjoyed. Five of them will be considered here: three character actors whose faces you would probably recognize though you never knew their names – Victor Wong, Jack Elam and Vincent Schiavelli, and two stars – Danny DeVito and Michael J. Fox.

All five turned the lemons they were dealt into lemonade – a dictum that can be traced back to 1909 when it first appeared in the Men’s Wear magazine: “In business turn obstacles into conveniences. When handed a lemon – make lemonade of it.” Six years later, it was used for the first time in the sense relevant to the present discussion, when Elbert Hubbard penned an obituary for Marshall Wilder (1859-1915), then a world-renowned storyteller and victim of dwarfism and kyphosis (“hunchback”). In his 1915 obit, Hubbard wrote of Wilder: “He cashed in on his disabilities. He picked up the lemons that Fate had sent him and started a lemonade-stand.” 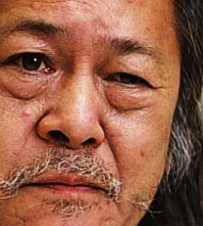 In 1974, while working as a broadcast journalist for KQED in San Francisco, Victor Wong contracted Bell’s palsy, resulting in a squinting left eye. With an appearance no longer deemed suitable for TV news, Wong returned to acting, an earlier love. After some years of theatre work, he became interested in films and at a relatively late age, landed supporting roles in such pictures as The Year of the Dragon (Cimino 1985), Big Trouble in Little China (Carpenter 1986), The Golden Child (Ritchie 1986), The Last Emperor (Bertolucci 1987), and Tremors (Underwood 1990) as well as the Ninja films of the 1990s.

The same facial anomaly that had cost him his job on TV news became his distinctive trademark on the silver screen, and he was fond of saying that “Hollywood casting directors liked him because of his ’lopsided’ face.” A commentator has suggested that Wong made the squinting left eye a “part of his shtick,” milking it for the unique look that set him apart.

Stabbed in the left eye with a pencil during a fight with a fellow Boy Scout at the age of twelve, Jack Elam had no control over the blinded, wandering eye which he once said “does whatever the hell it wants” and which ”always seemed to be trying to roll around so it could look behind his head.” With a face fit for a wanted poster, Elam’s trademark eye became emblematic of the maniacal evil he embodied in such Western classics as Rawhide (Hathaway 1951), Gunfight at the O.K. Corral (Sturges 1957) and Once Upon a Time in the West (Leone 1968).“His eyes conveyed villainy… one pointed one way and the other another. It all seemed malevolent.” One commentator suggests that the eye was often shot around In Elam’s early screen appearances, and it was only at a later point that he was told it could be his “pay dirt.”

In  Wild Weed (Newfield 1949) and The Sundowners (Templeton 1950) which Elam had to help finance in order to be given a role, there is no shot of his wandering eye. It would seem that when he began his career, Elam got a role despite the injured eye, while it would soon be because of the eye that directors would want him in their films and that viewers would relish his screen appearances. That eye was described by fellow actor Clint Walker as a lemon Elam turned into lemonade. 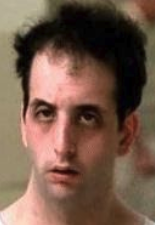 Vincent Schiavelli’s face bore markings of a genetic disorder called Marfan’s syndrome – a long, narrow skull, deep-set eyes with a downward slant, and a small recessed jaw – that made him perfect to play strange-looking characters. His breakthrough in film was as a patient in One Flew Over the Cuckoo’s Nest (Forman 1975), and his generally abnormal appearance was well suited to his playing a wide range of striking roles, such as a sleazy holographic weapons salesman in Star Trek: The Next Generation (1988), a ghost in Ghost (Zucker

1990), the Organ Grinder in Batman Returns (Burton 1992), or a vampire in the ZZ Top music video Breakaway (1994). In what might appear as a counterpoint to his scary film persona, he promoted Sicilian food culture and stories in recipe books and TV appearances.

Schiavelli was known in the Marfan community “for his generosity in reaching out to other Marfans, particularly children, and giving them his time and attention.

Danny DeVito’s diminutive height – 4 feet 10 inches – is the result of a genetic bone growth disorder called Fairbank’s disease, also known as multiple epiphyseal dysplasia (MED). Playing a patient in One Flew Over the Cuckoo’s Nest (Forman 1975) was his breakthrough and he won Golden Globe and Emmy awards for his portrayal of Louie De Palma, the dispatcher in the TV series Taxi (Brooks et al 1978-1983), a role which in 1999 ranked first on TV Guide’s list of the 50 greatest TV characters of all time. DeVito often stated that being short helped his career because it made him “stand out from the countless hopefuls auditioning for the same parts.”

When he showed up for a casting call, he would get an interested stare because, as he said, “I wasn’t so average” and “No casting director is gonna forget the 5ft guy.” DeVito jokingly evoked the lemons-to-lemonade dictum this way: “I believe that if life gives you lemons, you should make lemonade… And try to find somebody whose life has given them vodka, and have a party.”

Diagnosed in 1991 with early onset Parkinson’s disease, Michael J. Fox had already achieved stardom through his role as Marty McFly in the three Back to the Future films (Zemeckis 1985, 1989, 1990) and 172 episodes of Family Ties (Goldberg 1982-1989) as Alex P. Keaton. Before stopping work in 2000 when he could no longer meet the challenges, he took on roles in feature films and starred in 103 episodes of Spin City (Goldberg & Lawrence (1996–2002) as Mike Flaherty. Describing himself as an “incurable optimist” and determined to turn his disability into a source of new opportunities for self-awareness and for accomplishing meaningful goals, Fox became an activist, setting up a foundation for promoting research on Parkinson’s disease. And he accepted guest roles on Scrubs, Boston Legal and Rescue Me, but these parts were not entirely satisfying for him to play, since as an actor with Parkinson’s disease, he found it difficult to play characters who don’t have Parkinson’s.

This would change when he accepted an invitation to appear on The Good Wife, in which he played a lawyer with tardive dyskinesia – the involuntary, erratic body movements he himself experiences as a result of the medications he takes for Parkinson’s disease. This was not at all the concept originally proposed to him by the show’s creators, Robert and Michelle King, who had imagined him as a wheelchair-bound character – something he had already done when playing Dwight in 2009 in Denis Leary’s Rescue Me. But one aspect of that role was particularly gratifying for Fox who described Dwight as

a misogynistic, misanthropic, drug addict, sex addict, alcoholic, philanderer, drunk driver, scumbag. I remember thinking I know this guy. This is the guy that I would have been if I had made different choices with my diagnosis and with what happened in my life… It was an affirmation when I could go: well I didn’t do that! That’s so freaking great that I didn’t do that and at the same time I could do that by playing the role.

On The Good Wife, Fox wanted to play a character who, like Dwight, was his own opposite regarding choices made, while exhibiting his own erratic body movements, and together with the show’s writers, he helped shape the part of Louis Canning – a lawyer who shamelessly exploited his illness to score points on his courtroom opponents, for example by playing for sympathy or distracting the jury at key moments of testimony. In Fox’s own words, Canning would use his illness “as an effective tool for him to do his job, as opposed to something that prevented him from doing his job…. I think he just wants to win, and whatever may be seen as a deficit, he’ll turn into an asset in order to prevail.” What we see then is Louis Canning turning lemons into lemonade in one way, while Michael J. Fox in playing that character turns his own lemons into lemonade in a completely different way – a double-whammy that critics and audiences loved, earning Fox five more Emmy nominations and extending to a series of 26 guest appearances from 2010 to 2016 what was initially intended to be a single one.

Only human, Michael J. Fox has moments of discouragement, like anyone else. When he fell and shattered his humerus in August 2018, his spirit was momentarily broken and he said: “I’m known as a guy who makes lemonade out of lemons, but I was out of the lemonade business.” Fortunately he soon reopened that lemonade stand and continued playing Louis Canning in 2020 in the spin-off series, The Good Fight.