Following Raindance founder Elliot Grove’s advice I decided to take the Eurostar to Cannes. Elliot’s rationale is that the 8 hour journey is no longer than the flight time – if you account for the airport transfers. Plus, there is no weight or luggage restriction on a train. He also advised against getting the first train out because that puts you plonk in the centre of Paris in rush-hour, and since I’ve never been to Paris before and the only time I ever used my French in France was when I ordered a Perrier and was served penne. When I complained I was told I was being rude.

So I get the 10:20am out of London and head for the coast, the chunnel and France.

I keep reminding myself:

Think about meetings.
Do you have meetings?
Oh god I’ve got a meeting with a bad situation.
Can someone else do my meeting?

8:40pm arrive in Cannes. The train was an hour late because there was a cow on the tracks somewhere near Lyon. My mate Martin from Northolt flew. He still isn’t here – his plane left at 10:30am from Luton. He had to leave the house a 5am to get to the airport and guess what? French air controllers are on strike. So, train is quicker.

I’m so excited – the last 45 minutes of the journey takes you right along the Mediterranean. I was amazed by the villas and the blue of the ocean. The train pulls up into Cannes train station and I disembark. I’ve cleverly booked a hotel near the station, again following Elliot’s advice, on the grounds that it’s cheaper and convenient to the centre.

But OMG – shock horror. My hotel is a one star hotel. And I have never seen anything remotely like this in my life. Except perhaps in documentaries about homeless shelters. I guess this is a ‘bring your own stars’ hotel.

I dump my case. I had intended to stay for five minutes. It’s more like half an hour before I leave. One needs a bit of time to acclimatise to a new hotel room. And a new city. I race over to the festival de Palais to pick up my accreditation or ‘badge’. I get told off for being rude.

I eat bad pizza. I chance a seedy-looking bar and start meeting my first filmmakers. I get told off for being rude by some filmmakers from either New Zealand or Australia. It seems to happen after I’ve had a couple of drinks. I decide to call it a day. I’m tired. I’ve got a busy day of meetings tomorrow.

I return to hotel and try to sleep but I’m not yet exhausted enough to sleep and no normal person can sleep in this shit hole anyway. 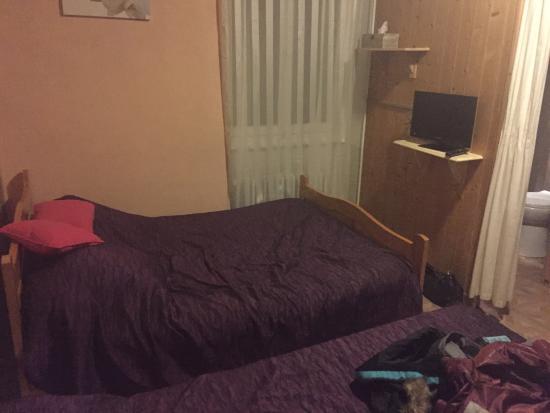 Day 1 of my debut filmmaker trip to Cannes

I wake. My head aches. I have meetings. Where are my meetings? And there’s an 8:30am screening. Where’s that? Insanity begins. To be continued. 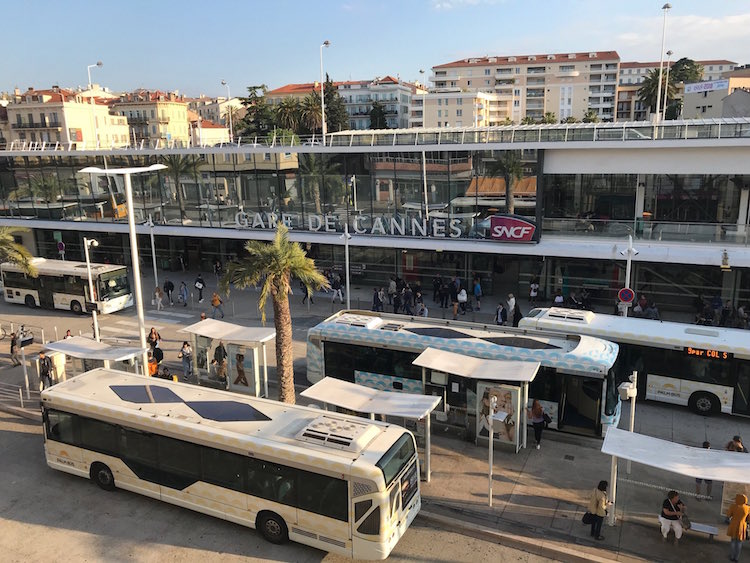 View from my hotel room window in Cannes

OK. Its 4.5 hours later.
I’ve heard that Elliot Grove is here and is doing a walking tour of Cannes. I better book that now!

I have to go and get my accreditation so I can get inside the festival.

And then I have meetings. Important meetings. Where are my meetings? To be continued.

OMG – just scored an invite to the Panama Party 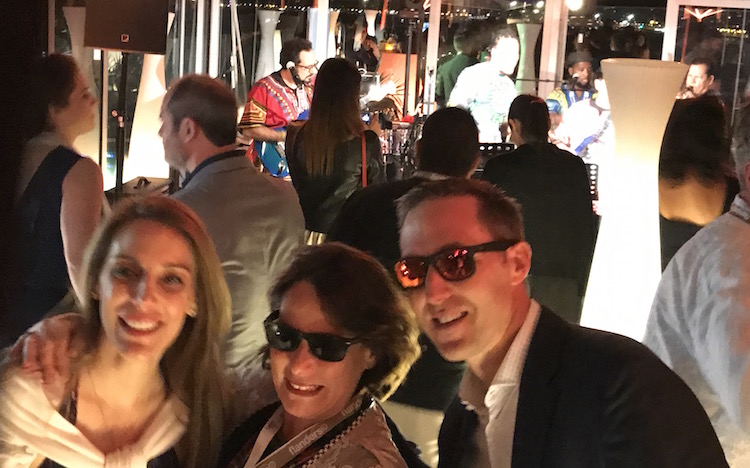 Just scored an invite to the China Night! 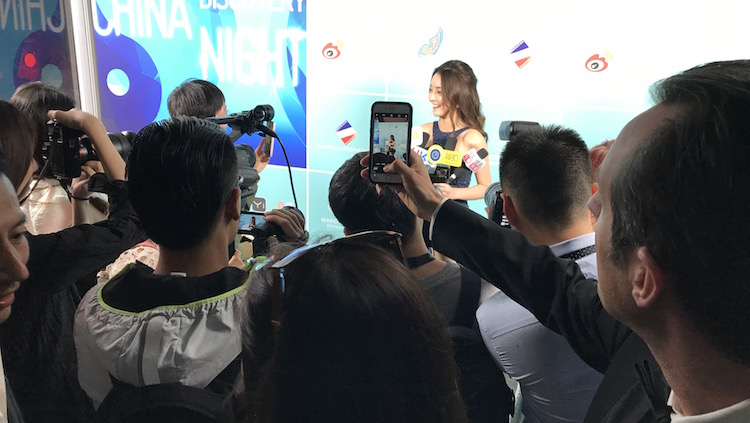 What should my screening schedule be today? 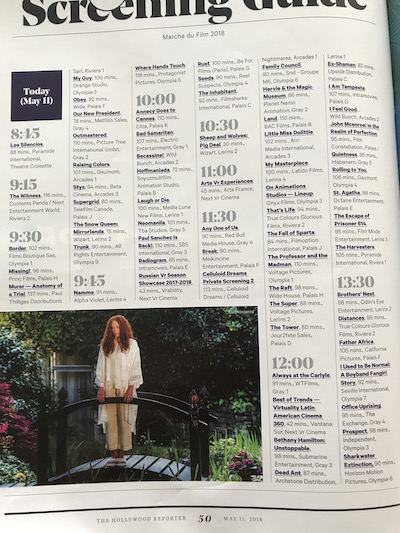 And I have meetings. Where are the meetings? Why is everyone late for meetings in Cannes? Who can I get to take my meetings becasue I really want to see Broken Panties. 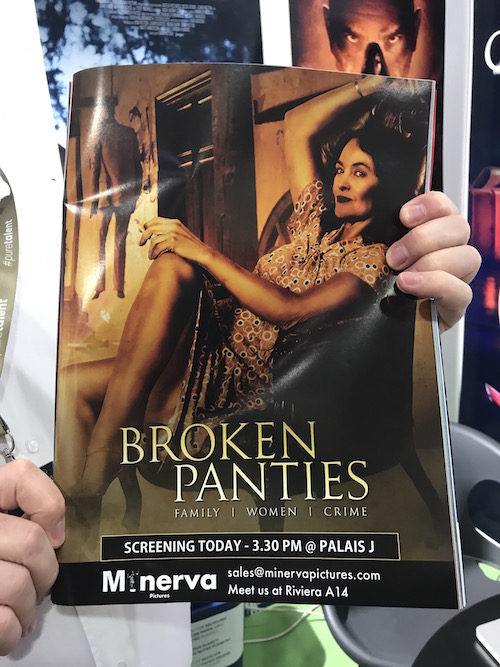 I decided to line-up for the Thai party. I got to the front of the line. Half hour later the Princess from Thailand with the impossible name came out. When I finally got inside it was rammed to the ceiling so I left. Apparently this is typical of what they call a ‘good’ party at Cannes. 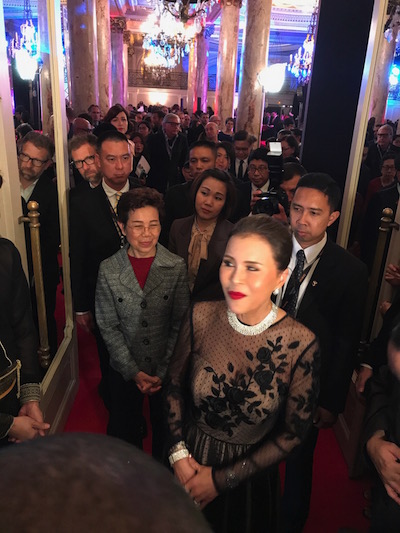 I then get invited to the other side of town for some wine and food. This was the best part of the day. 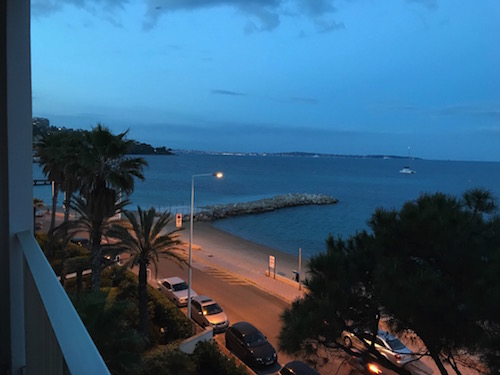 And from the makers of Broken Panties… 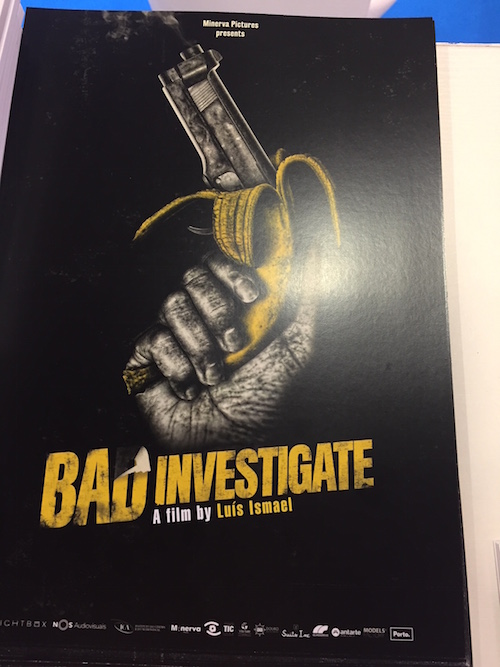 My discipline has totally broken down. I’m sleeping 2-3 hours a day. And drinking way too many free drinks. And collecting way too many business cards. I vaguely remember drinks on the terrace of the Creative Europe terrace.

A mate I met on the Croissette wants to stay an extra day. I would too, except there are no rooms, not even in my one-star hotel. I’m leaving tomorrow. God, hope I wake up in time for the plane. And fingers crossed there won’t be another rail or air strike.

Now. Where was I? And is my cell got enough charge for tonights escapades?