Hold My Hand – Finding A Funding Partner During Lockdown 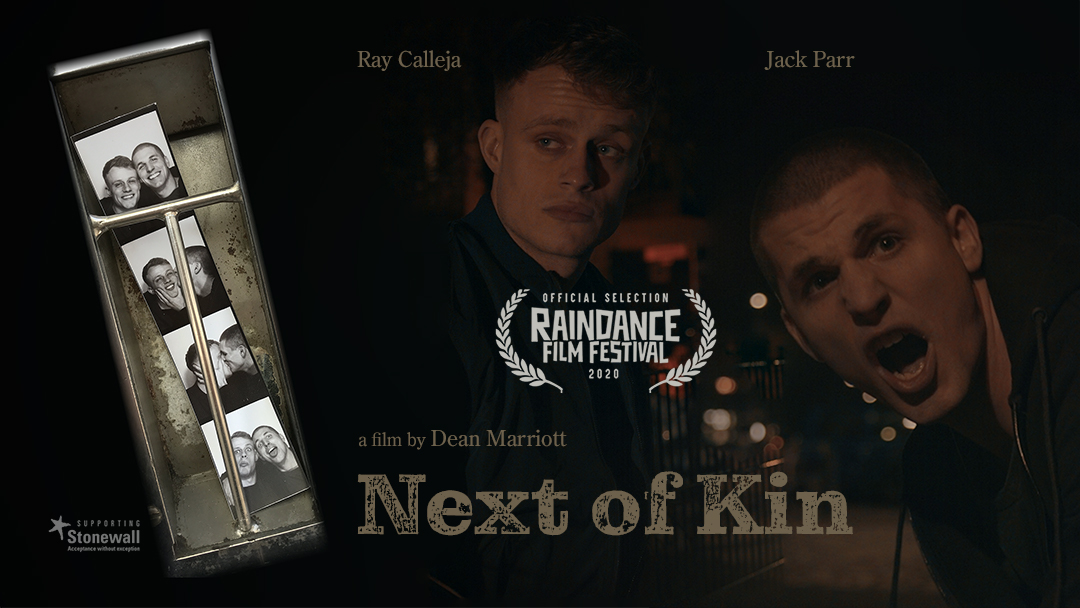 I’ve always been an observer, fascinated more by non-verbal communication than the spoken word.  My memory relies heavily on the 5 senses being stimulated, not just one or two.  After all, I initially trained as an actor with a focus on theatre and have relied on the sense memory for emotional recall on many occasions.  So, with the onset of Covid-19, and the subsequent lockdowns, I developed an incredible feeling of unease as we entered our new virtual world.

Fortunately, I shot my last short film, Next of Kin, in Berlin in February 2020, just before the first lockdown became effective.  This meant that I could manage the post-production at home without disruption. It was ready for submitting to the film festival circuit by the summer.  Unfortunately, as we all know too well, Covid-19 wasn’t going anywhere fast. This resulted in film festivals reinventing themselves and transitioning to online platforms.

It was a wonderful day when I was informed that Next of Kin was an Official Selection at the Raindance Film Festival, where it premiered in October.  There is nothing better than being able to premiere in your home city.  Although it was screened online rather than in a cinema, it was part of an exciting programme of shorts which was easily accessible from the comfort and safety of the audience’s own homes.

As a result, I had a number of potential collaborators reach out to me, was given some very constructive feedback and received a huge amount of encouragement.  The feel-good factor was certainly in abundance!

I realised very quickly that I needed to channel this positive energy into something tangible. One of the few things I could do with relative ease during this difficult period was writing.  The more scripts I could develop now, the better positioned I would be to embrace life post-lockdown.  Although I was keen to revisit a feature script that I had been working on based on my short film Stolen, I decided to put it temporarily on hold. I had two short narratives that were fighting for attention in my head and needed to see the light of day!

Once released, I shared these new scripts with London-based producer, Steven Jeram, who had made contact after watching Next of Kin at Raindance.  We exchanged a few emails, chatted online, and then agreed to collaborate, starting with Hold My Hand, a bilingual German-English Jewish-themed narrative short.

When an elderly Jewish lady with dementia meets her great granddaughter’s boyfriend in London, she has flashbacks to her childhood in 1930s Berlin and an outstanding promise to fulfil.’

As with everything I have written so far, I draw as much as possible on personal experiences.  My work focuses on two things. Social justice, as well as the importance of using multilingualism on screen for the purpose of character development and the breaking down of cultural barriers.  Hold my Hand is inspired by my recollections of my great-grandmother and the many stories of thousands of Jewish children being brought to Great Britain from Nazi Germany between 1938 and 1940 under the Kindertransport programme.

I submitted the script for Hold My Hand to the Pears Short Film Fund at UK Jewish Film for consideration in early January 2021.  The fund, established in 2006, aims ‘to create new opportunities for filmmakers in the UK, and to encourage and support the production and exhibition of short films on themes that engage with British-Jewish life, history, and culture.’

After being short-listed, we were invited to pitch to the film fund jury.  Pre-lockdown I would have been on a plane back home to London, but this wasn’t necessary.  The pitch was made via Zoom, with everyone connecting from their respective locations.

The following day, I received a call from Asher Tlalim, Co-ordinator of the Pears Short Film Fund at UK Jewish Film and an award-winning Israeli filmmaker. I was informed that we had been awarded one of the two funding grants.  Amazing news made even more so given the circumstances under which this journey had taken place.

We hope to shoot in London at the beginning of June.  In the meantime, we will continue our preparation work, pre-production meetings, castings virtually and online.  I certainly long for the day when we can feed our memories with fuel from all of our senses once again.  The sense memory is an incredibly powerful tool in the creative process and a central theme in Hold My Hand.

Dean Marriott is a British-Irish national currently based in Berlin. He originally trained as an actor at East 15 Acting School in London and obtained an MA in Directing from the MetFilm School in Berlin. Next of Kin was his first short film since graduating and premiered at Raindance in 2020.