Filmmaking is about Learning, Changing, Adapting and Evolving - Raindance

Filmmaking is about Learning, Changing, Adapting and Evolving 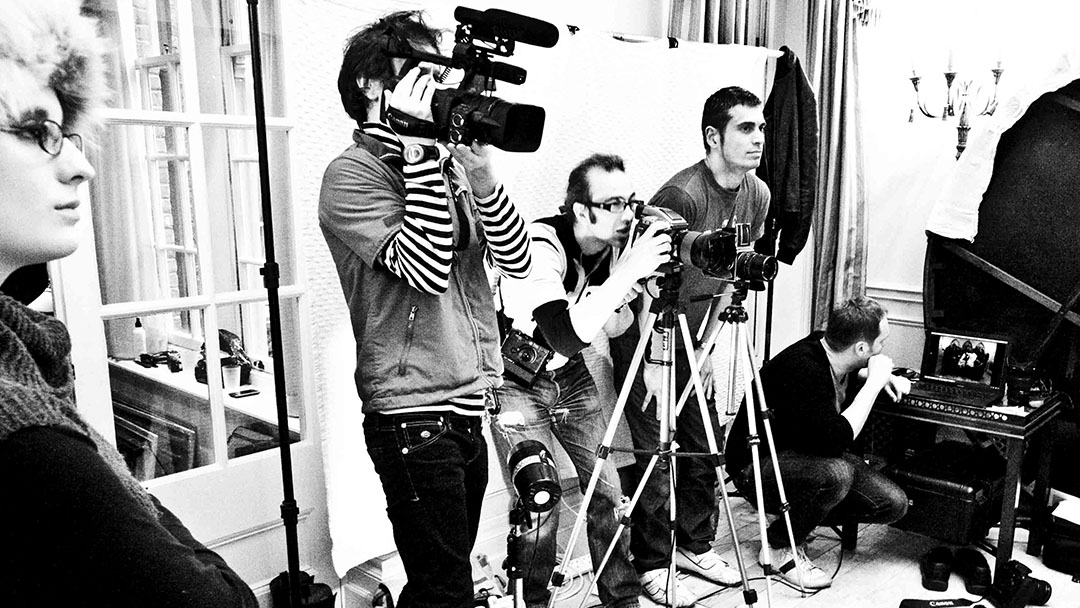 Two days out of rehab, my head killing me and my lead actor banging the door down, I picked my self esteem up off the floor and let him in. we shot the short in five long arduous hours only to find that I needed to reshoot it with someone else. Such is life as a writer director. Truth is, I love guerrilla filming. It takes resources that can only really be learnt having made many mistakes, a bag filled with regrets and hard drives full of films I’d never show anyone is the mark of a solid film maker. It’s always ‘onward and upward’. Learning, changing, adapting and evolving.

This Friday I’m shooting a short sixty second piece to submit to the festival. It’s a comedy about suicide, but then that’s how I like to transmute my own experiences, by laughing at them, using them as material, then filming them using a knock out cast. Whilst a budget is nice, it’s not necessary to make cinematic magic.

Today we shot a scene for ‘A Sister, Greatly’. It’s the comedy scene wherein Selene (the imaginary sister of schizophrenic Lilly) is busily sawing a body to bits in the bath much to Lilly’s distaste. At first I wanted to present a nice Dutch Angle for this shot but it was just too tight. In order to even get a clean shot of actress Anna Witchin we had to affix the camera to the bathroom wall with a wide angle lens attached. This meant filming blind, then watching playback to get an idea of whether or not we’d hit the mark.

Meanwhile, Will the spark stood on the side of the bath and hand held tungsten aimed down at the tiles to reflect light back onto Anna as she saws, she was utterly knackered by the end of filming, her shoulder was killing her but she soldiered on like a pro. At the same time, Aimee, our production assistant lay in the bath squirting blood up onto Anna’s surgical gown. All this time, I’m desperately trying to balance on the back side of the bath facing Anna and hoping I don’t fall onto Aimee as she squirts fake blood via a pipette.

We lay two pillows on top of Aimee and covered the saw with gaffer tape (because as we all know, gaffer tape is the solution to all our problems) so that Anna could saw away happily without chopping any of Aimees body parts off. The scene rocked, it was funny, the soundtrack (That’s life) raised its status from comedic to ‘laugh out loud’ and all in all, it showed all the hallmarks of being a short film in itself which is one of my trademarks. I love to make scenes which stand alone in and of themselves no matter how short. Lou Reed said that a songs lyrics should stand up on their own without music. I think what he was saying was that they should be strong, poetic and emotive, a portrait of the time, the place and the subject. I believe that this is also true of film. It is ultimately the portrait of a story.

Stories are beings, they are entities with their own agendas, we are but instruments needed to make the physical manifestation of these entities. I wake up sometimes in the early hours having been harassed by one of these stories in dream form. I try to get back to sleep but it knocks again, the knocking turns into banging and finally I’m charged with getting out of bed and writing. The last thing I want to do is look at a screen but look I must as a story wishes to unfold itself and be born into the physical realm using my hands as a tool for its agenda.

The last occasion when this bullying happened was a last year when ‘Apotheosis’ wanted to be written, an AI story about a young woman who falls in love with a girl who turns out to be an AI prototype in her ‘fathers’ top secret research facility. As always, I write the novel first, then the screenplay and only then do I consider shooting no budget scenes test scenes to see how it’s going to look on film. This process from start to finish can take years and always ends up being a personal journey of learning about myself as well as techniques and more often than not, meeting new friends and colleagues who make my life feel richer. First however, I need to be an open channel to these rogue stories which want to come through and live in the world of people. Storytelling is as old as humanity.

Some animals, especially birds fly in formation displaying signs of psychic behaviours as if they share one consciousness and one direction, inner GPS systems which guide them as a tribe to their far flung destinations. In the absence of a mass consciousness, or at least the awareness of it, we humans have passed our knowledge down through he generations via speech verbalising our lives, our beginnings and our journeys, fortunes and misdemeanours. In later years, we used the performance, the show and the song. Now film is the storytelling medium of choice. We get to not only tell our own stories using fictitious characters but we also get to imagine or even reimagine our lives, trials and tribulations using tools which have now far exceeded the mediums of old with CGI, High resolution cameras and editing skills. Now we even have global marketing at our personal fingertips (well… thumbs).

Storytelling has become easy again as has getting our message out there to anyone who wants to see and hear it. My advice to any story teller is; get over yourself, ego is the enemy, pick up any camera, and record what your soul yearns to tell about yourself. There are no excuses for not making film these days. So if you have a story, tell it. If no one heard it but you, maybe you were the one who needed to hear it.