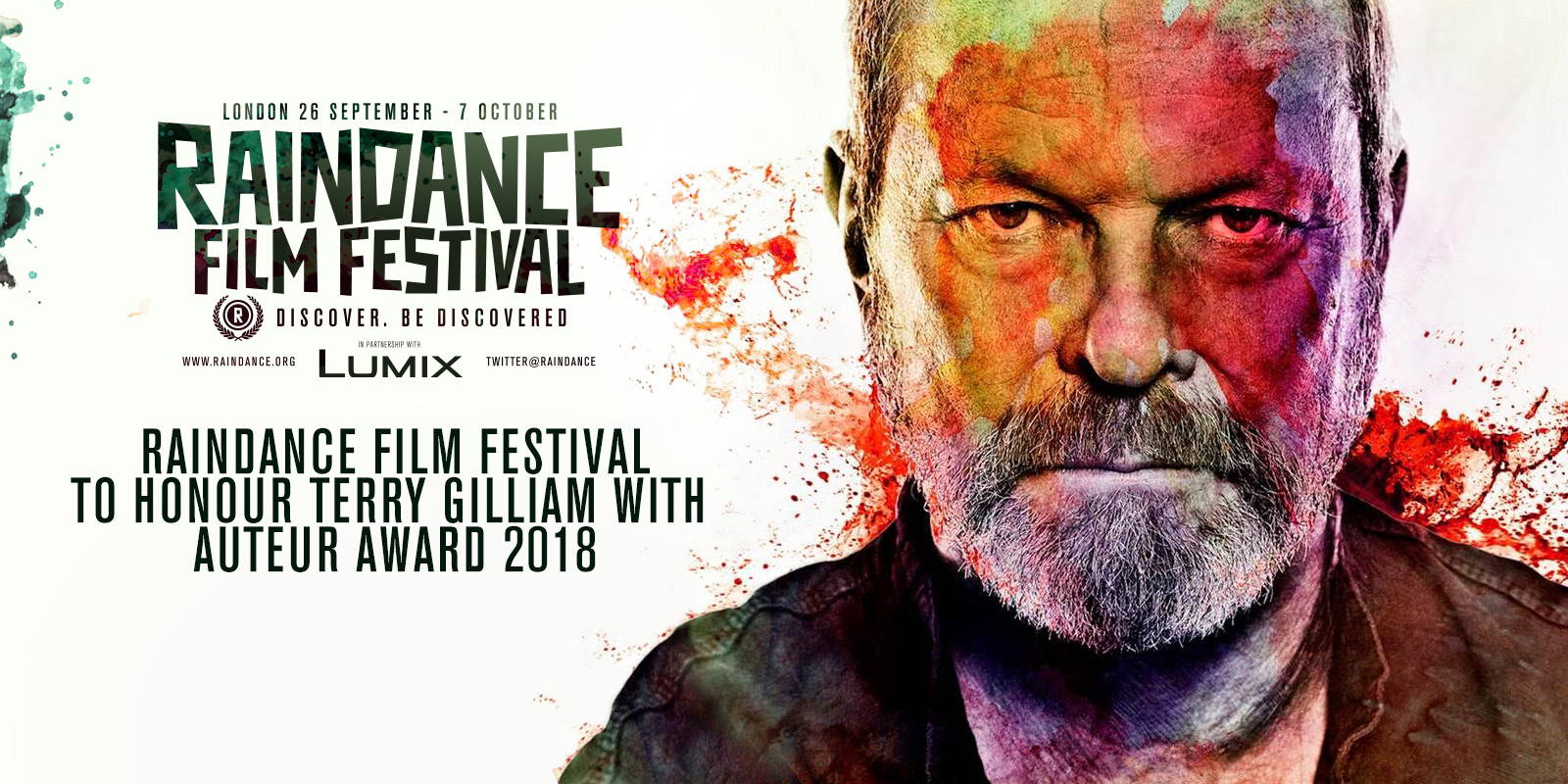 Raindance Film Festival, in partnership with LUMIX, will give the annual Raindance Auteur Award to award-winning and critically-acclaimed filmmaker Terry Gilliam, recognising his achievements in filmmaking and ongoing contribution to the film industry.

The award will be presented by Raindance Festival Founder, Elliot Grove, on Wednesday, August 22nd, 2018, at an evening soiree hosted by The Dorchester Hotel in London.

Terry Gilliam said, “Raindance has been disrupting the status quo since day dot, championing a future generation of strange and wonderful filmmakers for 26 years now – a job well done. I love attending the festival and seeing what treasures Elliot and the programme team have unearthed from around the globe for our delectation. The film industry needs the creativity and controversy Raindance provides. So it goes without saying, I’m incredibly proud to be the recipient of The Auteur Award – long may we continue!”

“We are absolutely delighted that Terry will be the recipient of this year’s Raindance Auteur Award,” said Elliot Grove, Founder of Raindance. “Terry has had, and continues to have, an outstanding forty four year career, magicking amazing visual stories from practically nowhere. Always unexpected, always surprising, always a delight. He’s been a supporter of Raindance from the very beginning and we’re thrilled to be able to honor and celebrate his contribution to UK film. Terry Gilliam – my hero!”

After directing his fellow Pythons in Monty Python and the Holy Grail, and Meaning of Life, Terry Gilliam went on to write and direct films including Jabberwocky, Time Bandits, and Brazil starring Jonathan Pryce and Robert De Niro which was nominated for an Academy Award for Best Screenplay.

After directing the Oscar nominated The Adventures of Baron Munchausen Terry went on to direct three Americana films: the Oscar-winning The Fisher King starring Robin Williams and Jeff Bridges; 12 Monkeys starring Brad Pitt and Bruce Willis; and Fear and Loathing in Las Vegas, based on the book by Hunter S. Thompson.

Terry has also turned his hand to opera – directing Berlioz’s The Damnation of Faust at the English National Opera as well as Berlioz’s Benvenuto Cellini.

Terry brought his distinctive style to his recent films The Zero Theorem starring Christoph Waltz and Tilda Swinton and the star-studded The Imaginarium of Dr Parnassus.

Terry’s labour of love, The Man Who Killed Don Quixote, starring Jonathan Pryce and Adam Driver, received the longest standing ovation in the history of closing films at Cannes 2018.