Opening his keynote address to the Production Film Market in October ‘10, Jeremy Thomas expressed his opinion that festival programmers were more important than studio heads. The right festival strategy can define the future of your movie, so budgeting and submitting (or attending) the right one is increasingly important for upcoming filmmakers and marketing execs.

Film festivals shouldn’t be compared like a university leagues table. The reality is that buyers, distributors and sales agents will focus on a number of different festivals for different purposes – both big and small, and depending on their business, geographical or political position in the world. Through this list we’ve tried to regroup the 100-odd most ‘important’ film festivals, markets and showcases in the world.

If you feel we’ve missed anything out please email us. Better yet send us the festival programme by post.

3rd – 14th January 2019
The Palm Springs Film Society organises two festivals every year, the well-known ShortFest and the Feature edition in January. Well followed in North America, the festival regroups mostly the best festival circuit films of the previous year, with a programme of films that generally lean towards the end of their travel, and reaching out to Oscar nominees. This year welcomes the screenings of Athlete, Son of Babylon and Another Year.

17th- 21st January 2019
For many years Unifrance has run the Paris Screenings private market screenings in Paris attracting about 400 international distributors and screening almost 100 films. This isn’t to be mistaken with the identically titled public RDV public screenings in New York in March and London in June also funded by Unifrance. RDV represents one of the best opportunities for buyers to discover the line-ups ahead of Berlinale.

23rd January – 3rd February 2019
Rotterdam Film Festival is one of the most important film festivals in the world focusing predominantly on world and international premieres with a large art-house and experimental focus. This normally sleepy town offers massive support to the festival, which in 2010 welcomed over 335,000 visitors far outshining its mainstream rivals. The festival also runs one of the most interesting grant programs the Hubert Bals Fund.

25th January- 4th February 2019
One of the largest festivals in Scandinavia, Gothenburg screens almost 450 films and welcomes the Nordic Film Market. Each year the festival selects an ambiguously theme that dictates its programming and seminar choices. You’ll notice a large number of films hopping from Rotterdam, to Gotterburg to Berlin’s EFM. 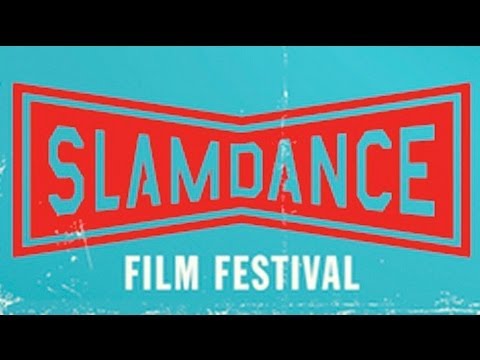 25th – 31st January 2019
Running in parallel with the Sundance Film Festival in Park City, Slamdance’s self-proclaimed ‘anarchic’ festival aims to bring the underdog independent films to Park City. Increasingly the festival is being recognized as the ‘indie-er’ festival of the two.

24th- 3rd January 2019
Known until 1991 as the Utah/US Film Festival, Sundance is the leading festival for discovering directorial newcomers. Despite freezing temperatures, huge queues and phenomenally expensive accreditation and hotel costs, it attracts a huge number of buyers, particularly those interested in American indies, and was behind the launch of films like ‘Sex Lies and Videotapes’ and ‘The Blair Witch Project’.

1st – 9th February 2019
This small city in the picturesque Massif Central in France hosts one of short films most important dates in the calendar. Commissioners, film students and short film buyers swarm every year to what is essentially a film market, conveniently squeezed between Rotterdam and Berlin which makes it part of the 3 stop business holiday for most international and down-under film agencies.

7th – 15th February 2019
The EFM rose to prominence in 2002 after AFM’s campaign to replace MIFED left a hole in the market calendar and alongside Cannes’s Marché Du Film is now included as one of the most important film markets in the world.

9th – 14th February 2019
Berlin’s Talent Campus is a 5 day forum of seminars and masterclasses aimed at newcoming or student filmmakers from around the world. Participation is fairly strict and in recent years the Talent Campus has expanded to Guadalajara, Buenos Aires, Durban and Sarajevo.

23rd February – 2nd March 2019
The Panafrican Film and Television Festival of Ouagadougou held biannually in Burkina Faso is one of the largest festivals on the African continent focusing mainly only African films and filmmakers and comprising the MICA (African International Film and Television Market).
Website

28th February – 3rd March 2019
One of the fastest growing documentary festivals in America, True/False has slowly pushed its dates away from mid-February/Sundance and has turned a few heads with its impressive curate.

6th – 17th March 2019
The longest titled festival in the list, the Jeden Svét Festival Documentarnich Filmu O Lidskych Pravech, One World in Prague has turned a few heads with its bold and sometimes hard-hitting documentary selection and is very well closely followed by documentary buyers from around the world.

7th – 17th March 2019
Since 1997 Sofia has hosted what’s grown into one of the cultural highlights in Bulgaria. It programmes a large number of European films which has promised it continued EU funding support. You’re certain to catch an above average number of Cannes selections at the festival.

8th – 17th March 2019
In recent years SXSW film strand has become one of the most important film events in the world. Combining 250 films, over 2,000 meticulously selected gigs, and the interactive conference which launched Twitter in 2007, South By’s selection focuses on north American indies, music docs and anything out of the ordinary.

One of France’s largest documentary showcases held every year in Paris, the Cinema du Reel (not to be confused with Geneva’s Vision du Réel) screens about 200 relatively unseen films.

A must stop for Asian film acquisitions, the HKIFF sees over 5000 industry representatives and over half a million cinephiles every year. Despite running the ever-popular Filmart (film market), and despite heavily subsidized international delegations, foreign attendants regularly comment on language barrier stalling deals.

26th – 31st March 2019
The artiest festival on the list, the Ann Arbor specializes in experimental and avant-garde films. In 2006-2007 the festival came under attack by a group which considered its programming offensive and led to a fall in state funding. The festival not only launched a very successful fundraise campaign, but took the case to court over First Amendment violations and won.