If screenwriting can be taught (and we at Raindance know it can be), that’s because storytelling is part of human nature. Every child has been told a story by his or her mother before going to bed. Good stories have the power to calm babies’ worries and make them dream quietly. The amazing fact is that, when we grow up, good stories do the opposite: they wake us up and make us daydream. But this will most likely happen if the screenwriter follows some basic rules (like those you’ll learn in our screenwriting courses.)

Let’s pick out three basic rules from Robert McKee’s quotes and try to match them with three award winning films. Do you think that these films’ screenplays follow or ignore them?

1.Call Me By Your Name 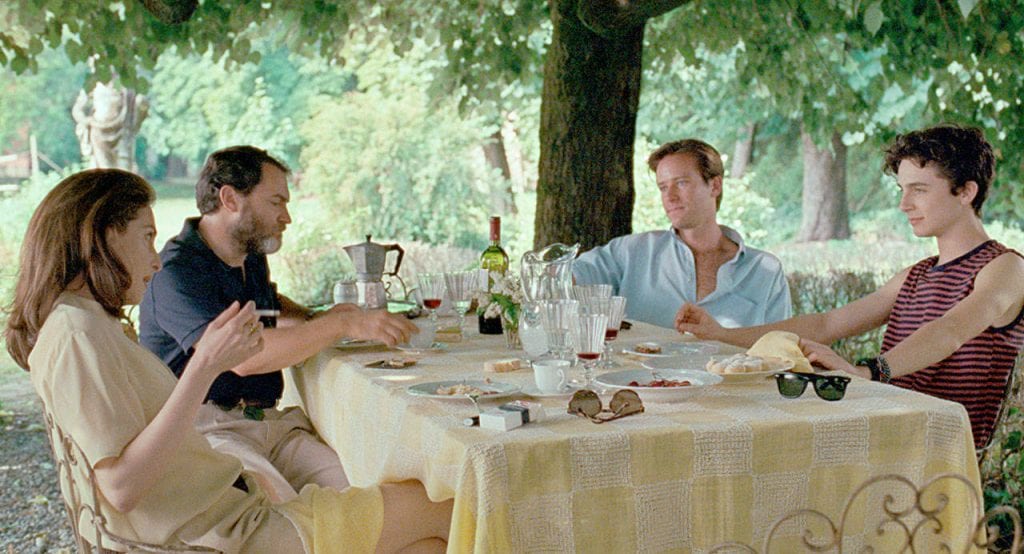 In Italy and all around the world, Luca Guadagnino’s Call me by your name received countless accolades. James Ivory adapted the story from a novel by André Acinam, and he won several awards for his screenplay (Best Adapted Screenplay at the 90th Academy Awards among others). Therefore, we could assume that he followed every fundamental rule of screenwriting. Well, that’s not entirely true. Here is one big principle that Ivory has decided not to observe:

Don’t you think that Call me by your name gets around McKee’s rule? Let’s sum up the story then (SPOILER ALERT!). The main character Elio is a very cultured and talented 17-year-old boy who spends his lazy summer with his wealthy family in a marvellous villa in Northern Italy. He plays the piano, reads books and flirts with a girl who quickly falls in love with him. As soon as the handsome smart and charming Oliver comes to live with Elio’s family for the summer, the teenager begins to realise that he doesn’t care that much about the girl. From here, Elio – cherished and encouraged by his open-minded family – tries to get closer to Oliver who, of course, returns his affections. Even his heartbroken ex-girlfriend kindly decides they can still be friends. In a few words, in Elio’s life things just get better and better and better. His first hurdle comes when Oliver tells him he is getting married. What a shame that’s the end of the film. 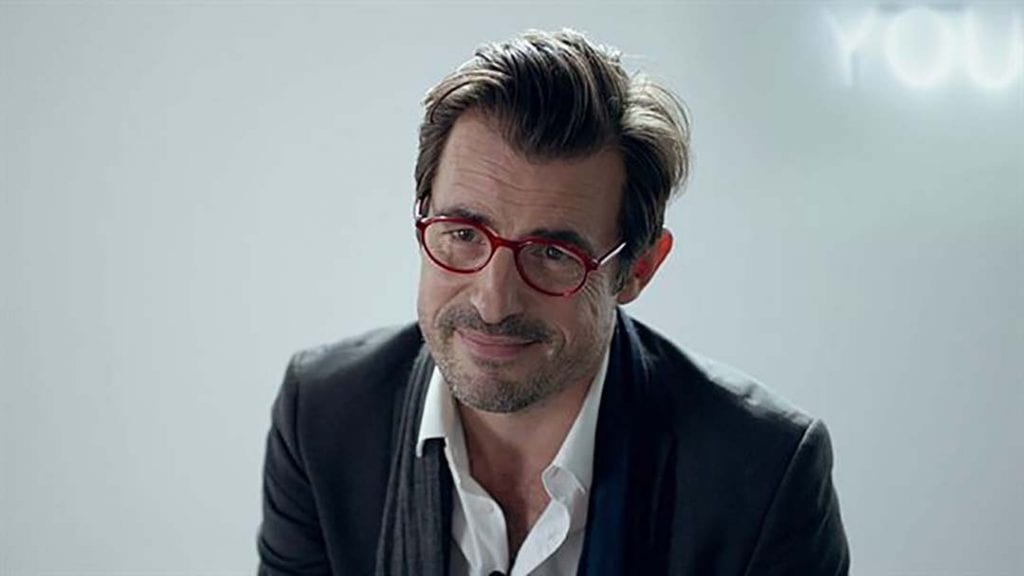 Here is the Stockholm museum curator Christian in one of the first shots of The square, directed by Ruben Östlund and winning the top prize at the 2017 Cannes Film Festival. The first impression we get of Christian is of an elegant and mysterious man having a very cool job in a fascinating position. But the truth is (SPOILERS AHEAD!) that he is going to reveal himself to be a great loser. Here is the screenwriting rule that The Square utterly honours:

2. “True character is revealed in the choices a human being makes under pressure – the greater the pressure, the deeper the revelation, the truer the choice to the character’s essential nature.”

Yes, I do think that Östlund (who has also written his film) masterfully puts his main character under different levels of pressure to show us who he really is. First element of pressure: his phone and wallet get stolen. Well, that can be very be annoying. But would you ever respond to this writing down an aggressive anonymous letter and throwing a copy of it in hundreds of mailbox? We immediately begin to guess that this character is a little more perturbed and confused than we could imagine. Many other sources of pressure will come for Christian, and this means that Östlund also observed the screenwriting rule mentioned above (things getting worse and worse…). The result is a very well-crafted and unpredictable character.

3.The Shape Of Water 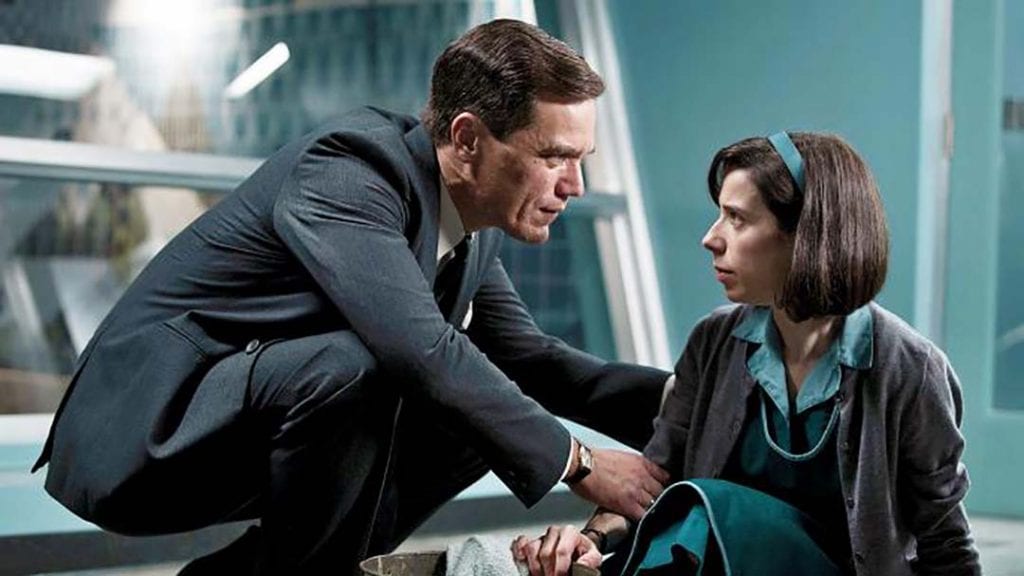 Guillermo del Toro’s The Shape of Water seduced a tremendous amount of people around the world and grossed $195.2 million. This retelling of Beauty and the Beast was awarded the Golden Lion for Best Film in the 74th Venice International Film Festival and it won for Best Picture, Best Director, Best Production Design and Best Original Score at the 90th Academy Awards (the list goes on…). So the questions is: am I really going to say that del Toro and Vanessa Taylor overlooked a screenwriting principle? Well. Maybe they just chose to ignore it.

3.“The principle of antagonism: a protagonist and his story can only be as intellectually fascinating and emotionally compelling as the forces of antagonism make them.”

Summing up the story: the main character Elisa falls in love with an aquatic creature locked up in the secret government laboratory where she works as a cleaning lady. She sets the monster free but the government agent called Strickland wants him back. Here is the problem: this crazy love story deserved an interesting enemy, which Strickland is not. He is just evil. Even in Disney’s fairy tales the bad guys have psychological reasons to be so hateful. In The Lion King, Scar is Mufasa’s younger brother. He plots to eliminate Mufasa and Simba because they have indisputable right to the throne, which he has not. In Anastasia, Rasputin was the former royal adviser to the Romanovs until he was exiled for treason. He wants to kill Anastasia for revenge against her family. Family bonds and psychological reasons make the enemies (and us) so emotionally involved in the events. In The Shape of Water, what do we know about Strickland? Why does he try so hard to take the monster back? Just because he wants to do his job well? At the end he tragically reveals himself as a two-dimensional antagonist.

Next time you’ll watch a film that doesn’t work for you, try to work out whether some basic screenwriting principles have been overlooked. Even if artists’ work is to break the rules, there should be a very good reason to do that. Check my next article to see some great filmmakers that did it.

Marta is a MA graduate in Philosophy from The University of Pavia (Italy). She used to work as editor and social media manager for italian companies before turning to filmmaking. She co-founded Scrittura Sceneggiatura Salento, the first Screenwriting and Filmmaking School in Lecce (her hometown). Marta is currently working on her first documentary project while enjoying her intern at Raindance film festival.