How would you like the iconic John Wayne or Elizabeth Taylor in your movie, though long dead? It’s closer than you think. Deepfake allows a simple face swap using publicly available software.

[UPDATE] February 7, 2018 – BBC reports that Twitter has taken down all DeepFake videos.

Altering images has been going on for as long as men and women could draw. But altering moving images is a century old practice and one noted for a painstakingly slow and tedious step after step.

In late 2017 an amateur hobbyist developer in America’s West Coast created software “DeepFakes.” Using a publicly available algorithm he was able to upload multiple images of someone’s face allowing the software to superimpose the images onto another’s body. All this using readily available free source software.

Within weeks, spoof videos of Donald Trump appeared on various animals and the race was on to exploit this new technology.

When news of this app starting popping up just after New Year 2018 the application process was time-consuming. The images had to be altered one-by-one and frame-by-frame. Automation seemed at least a year away according to message boards on Reddit.

That was in January 2018. But how quickly this has developed using deep algorithms and basic artificial intelligence software.

How do Deepfake apps work?

Deepfake apps like FakeApp use “machine learning algorithm” a form of artificial intelligence to mimic a person’s face. The app searches the internet for images of the subject. by using stills from social media websites like Instagram and clips from online videos the software places images frame by frame onto another face. It is very time-consuming, and even though automated the process can take an hour or two per minute of screen time.

If the subject skin tone and hair are similar to the base image the results are surprisingly convincing.

Deepfakeapp told me in a Reddit direct message that his goal with creating FakeApp was to make deepfakes’ technology available to people without a technical background or programming experience.

“I think the current version of the app is a good start, but I hope to streamline it even more in the coming days and weeks,” he said. “Eventually, I want to improve it to the point where prospective users can simply select a video on their computer, download a neural network correlated to a certain face from a publicly available library, and swap the video with a different face with the press of one button.”

Morris also can see that such images could be viewed as an invasion of privacy leading the victim to reporting such actions to the police. Acts such as these could also lead the victim to launch a lawsuit for ‘unlawful intrusion into their privacy.’ 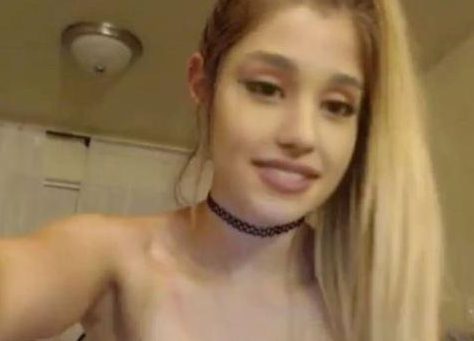 Videos featuring the likes of Arianna Grande (computer generated image) could not simply be immoral, but also illegal

As one would expect, Deepfake is used in satire images. for some reason Nicholas Cage’s face has been superimposed on a series of other actors faces in well-known movies

Scary but true, subject to clearing image rights there is no reason why John Wayne or Elizabeth Taylor couldn’t star in your next indie short or movie. And then, of course, the question remains: What happens to all the new and talented actors attempting to break in. No longer would you be competing with living actors but the greats of the past as well.

We were all warned about the potential for worryingly easy to use and free software available to make these movies. DeepFake apps are the way of the future. The really frightening thing is how they could be used by terrorists to create world leaders spouting off hostile messages and provoking yet more war.