Creativity/insanity… There’s not much difference - Raindance

Creativity/insanity… There’s not much difference 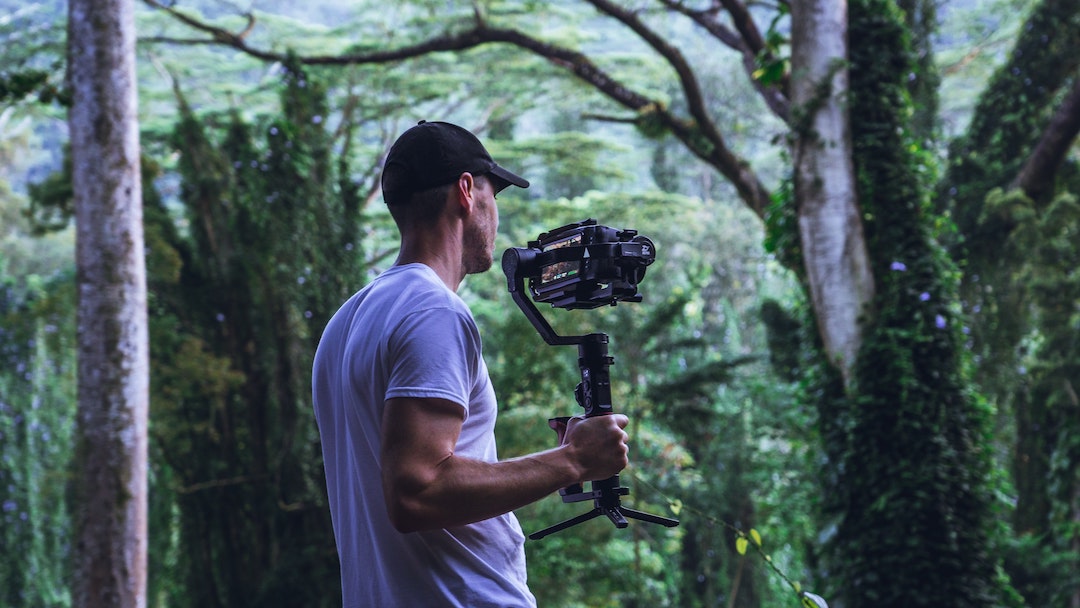 So, you’re the kind of person who has to write, make film, paint, or act because if you don’t, you go insane. Come, sit down, put the kettle on, let’s talk.

So, I’m guessing you’re not the type who just wants to be a public speaker, a ‘writer’, an ‘industry professional’ and if only you could think of something to write, you’d begin the journey of having a cool job title and an insta following. If you are that person, may I suggest some other reading, this may not speak to you. I don’t create for validation, I create because if I don’t, I literally lose my s**t. For those of you who are left, see if you can relate to this…

I wake up at 3am sometimes having had a dream in which a story has been thrust upon me and the bastard demons who are feeding it to me are also forcing me to stay awake, keep writing it until it’s all done lest I toss and turn in bed until 6am whereupon I finally give up. Other times, I find myself in public feeling like an alien that not only doesn’t belong on this planet but also I’m in danger of being murdered by the lynch mob who all appear to be looking at me like ‘what are you and why are you on our planet?’ or I sit at home frantically writing what’s in my head because if I don’t I feel like I’m going to be overwhelmed by some semblance of grief/depression/angry rage/wotnot.

Relate? Well, you’re probably a creative then, and whilst they say madness and genius go hand in hand, let’s not label ourselves anything that makes us different from the rest of the world, that’s partly to blame for why we’re going batshit crazy.

Mental health is a tricky one, it wants us on our own in the dark where it can beat us up and tell us we’re different and don’t belong with the successful crowd, but as always, I’ve got some golden rules and I’m going to share them, golden rules bourne out of bitter experience and hard-won so take them on board if you will and share them with your friends, they work for me and have added to my peace of mind and creativity over the years. If you’re blessed to be able to make a living from your craft, then you’ve got creativity, vocation and meditation covered because if you’re anything like me, writing itself is a meditation, a connection with a power greater than me, to the source where stories come from. However, if you’re a broke-ass writer living on toast and coffee then check out my golden rules for staying sane as a creative.

To summarise, they are;

Let’s start with education, it’s a winner, research, fact-find, get lost in information. Whenever I’m low I like to learn something new and life, the universe and everything exists on the internet so get on that one and ride it all the way through cyberspace.

Vocation is important because it can give you an economy but it can also give you a sense of purpose. Purpose and meaning are essential especially when you feel like you have no place in the world and no one gets you. Also being on the bread-line is enough to depress anyone, especially if you match your worth with the amount of money coming in. let me make this one very clear; how much money you make is not how much you are worth. How much money you make is usually how much you think you deserve, that’s why self-esteem is directly related to money and has to be burnt away from your belief system. Every human is capable of being a thinker, a potential contributor, no one is born with a price tag, you value yourself the way you want to be valued. When I was broke, I did gardening and DIY for people, it gave me a few quid and made me feel knackered in a good way. I’m fortunate enough to be able to make money from what I love now but only because I kept my head above water even when I felt like I was drowning. I always repeated, ‘my ideas are valuable, my work will pay me, I didn’t come to earth to be poor’. I found my voice in writing and it became a service to others and then I had meaning and purpose.

Creativity. Holy s**t this one is important. If you’re creative you must create. Start from a place of knowing that no one ever has to see what you’ve created. Write, write anything, film something, even if it’s with your phone, just create. There are stories in the ether that are desperate for humans with hands to write. Writing can be as deep meditation as sitting on top of a Tibetan mountain if you’re connected to your inner artist, so feed your artist, take it out on a date, then let it create through you.

Recreation. Taking time away from my work to play is essential. I dance, play a game, have a fun conversation with a friend, read dad jokes online, anything that takes me away from the feeling that what I’m doing is work. When creativity becomes work, play becomes a valuable commodity.

Exercise. Movement is the vehicle in which creativity abounds. When the blood is pumping, happiness follows and that’s when I want to create. But most of all exercise is a cure for depression. When depression has set in so deeply that the motivation to move is not an option, that’s when I need to start closer to home, I call someone and get myself out of my obsession with self. If I can get myself out of my ‘self’ for just a moment, I can be open to the possibility that I’m not alone with my pain and If I’m not alone, I am supported, and if I’m supported, I can go on. exercise doesn’t have to be lifting weights or running 20k. it can just as easily be dancing in the living room, leaving the house and walking with headphones on and a good playlist as my soundtrack. Music can make or break a mood, sometimes when I’m low, I put on the soundtrack of a book or movie I’m writing (I make concept playlists on Spotify to help me with the mood of my project) then I go out walking. Not only do I get the benefit of exercise but I also get inspired. My perfect days always look the same, I’ve slept well, done some work which earned me money, exercised and been of service to someone else.

Connection isn’t just staying connected to supportive loved ones, it’s also being of service to people. Helping someone out takes me out of the self-absorption that comes with depression. It connects me back to the human race which sometimes is the answer to my problem, especially when I feel like an alien in the world. It can look like reading a script and offering helpful feedback or it can look like helping an elderly person across a busy road, finding a phone and returning it to its owner. Whatever it looks like, it feels like an emergence from my dark self into the light of the collective consciousness. Returning to vocation, if you’re an independent film-maker and getting paid is not on the menu right now, make film, never let being broke stop you from laying the foundations of a bright and legendary career in film.

The future is bright, no matter how young or old you are, and no matter what stage you’re at, find your people, lean on good friends, be a good friend, stay busy doing what you love even if you have to do it with no budget, that’s what we all did as new creatives, we found ways to make our dreams come true. Make a vision board, stay committed to your dream, life will still be here when you come out of your low mood and it’ll be crying out for content as it always has, so create, and if you manage a couple of star jumps while you’re at it, all good.

Sleep is a big issue, if you’re losing it, the chances are, you’re not sleeping well, I’m not adverse to taking a 5htp tablet to help me sleep better, some take melatonin but ultimately, I watch comedy skits on YouTube then listen to an audiobook or better still, some Alan Watts, before long, I’m off to sleep. Lack of sleep is a direct predator on our mental health and needs to be given the credence it deserves, so nurture your sleep, stay safe and don’t forget, everything passes, even the good times. If you’re not yet connected and you haven’t found your people, there is a 12-step fellowship for everything from shopping, shagging, drinking, gambling and everything under the sun, for the darker nights, there’s the Samaritans. Their number is 116123

And if you’re deep in it, remember; This Too Shall Pass.