*20% off for Raindance Premium/Pro Members
*Members enjoy other great benefits like free events and preferred rates on equipment rentals, subscriptions, software and more!
*Concessions available at checkout Proof of eligibility will be required
*10% early bird discount up to one month before course start date

Want a discount? Become a Member, or log in if you are a member.

Get your movie funded, made and seen

What will you achieve?

Upon completion of the Producer’s Foundation Certificate, students will have acquired the skills, knowledge and confidence to then undertake their first producing projects.

You’ve found a script, scoured fringe theatres for hot but undiscovered talent, you have assembled a crew, but all you now need is the money. This 5-evening film Producers Foundation Certificate answers specific questions in key areas of producing, and explores the opportunities producers have today to develop, finance, budget and market a film, as well as deal with legal and business affairs. During each class you’ll learn skills essential to getting your movie made. To receive a certificate, attend all 5 evenings and save. You can also purchase individual topic evenings. https://www.youtube.com/watch?v=Y2XdrFIdCR0&feature=youtu.be

Who should attend the Producers Foundation?

Writers, directors, producers, actors, filmmakers, cinema lovers — anyone with an interest in how movies are made and who seek a basic introduction to the filmmaking process.

What, exactly is a producer?

Producers have control over almost every aspect of a film’s production. They bring together and/or authorise the production team, including the director, director of photography, production designer and major cast members. The producer’s primary responsibility is to build an environment where the film’s cast and crew can thrive. They guide the film from conception to distribution and beyond.

Once you’ve found that terrific script and settled on a director to bring it to life, you need to prepare a plan for how you will get the money you need to make the film. This class will explore the essentials you will need to present your project to both industry and private investors.

Week 2: Marketing and Selling Your Film

It is crucial for producers to know from the outset who the target audience for a film is, and how to market it to them. This class will cover how to create and execute an effective marketing and PR plan specific to any particular film, including utilising the trade and consumer press and film festivals to turn your film into this year’s cult classic. You will also learn how to approach film festivals and film markets with a strong press kit, which will enhance the commercial potential of your film. The class will also include a segment on using social media to create buzz and generate interest in your film with tutor demonstration.

A professional budget and schedule are arguably the most important parts of any film business plan. Simply put, a film budget is a list of all the stuff and people you need to make your film, and a schedule is when and where you need it. If you get the budget wrong, your film will stall half-finished without cash. Get the schedule wrong and your film will suffer – either from loss of quality or remain unfinished because you have run out of time (and budget). This class explains how scripts are analysed in order to produce a realistic budget and schedule.

Once your film is finished and ready to be sold, you will have to show the “chain of title” to any prospective film buyer. If you fail to do this you will never be able to sell your film. This class is designed to answer fundamental questions about the rights attaching to a film and its component parts and the contracts required to acquire, clear and protect those rights.  View it as health insurance for filmmakers! This evening crash course explains:

This class will run through the basic financing tools available for any business — not just the film business— and provides students will the tools to plan the finance for your film. These tax-efficient finance structures make the UK one of the most attractive places in Europe to raise money for film production.

Please note: This course will not discuss current film finance structures. For information on this, visit www.bfi.org.uk. You can take this class on its own for £57.60 HERE *Remember: Raindance members save 20%

The Producer’s Foundation Certificate is presented with a mix of lecture-style and demonstration with opportunities for students to ask the tutor questions.

Elliot Grove (Creating a Business Plan) is the founder of Raindance Film Festival and the British Independent Film Awards. He has produced over hundreds of short films and also five feature films, including the multi-award-winning The Living and the Dead in 2006 and Deadly Virtues in 2014. Elliot has written three books which have become industry standards: Raindance Writers’ Lab: Write + Sell the Hot Screenplay, now in its second edition, Raindance Producers’ Lab: Lo-To-No Budget Filmmaking,  and 130 Projects to Get You Into Filmmaking. In 2009 he was awarded a PhD for services to film education.

Deborah Sheppard (Sales and Marketing Your Film) was the Marketing Director for 10 years at United International Pictures (international distribution network set up by Universal, Paramount and MGM). She is known for her ability to sheppard audiences for your Film.

Alec Christie (Budgeting and Scheduling) is an Executive Producer at McCann .

Alec has experience working as a Producer, Line Producer and Production Manager. He is proficient in budgeting, scheduling, managing production units in feature films, drama, commercials, animation, documentaries, promos and live events. He has a wealth of industry contacts in Europe, the United States and further afield.

Between 1984 and 1993 Alec Christie worked professionally in front of the camera before going on to study film at the University of Warwick.

Tony Morris (Basic Legal Contracts) has more than 40 years’ experience as a lawyer working across the media, entertainment and technology industries. His main focus is clients operating in the film, television and music industries – not only in the UK but also in the USA, Europe and elsewhere.

Tony has been lecturing regularly since 1997, most recently and currently as the provider of the legal module for the Raindance course for Independent Film Producers, as a guest lecturer at the National Film and Television School and at the University of Portsmouth.

Tony has published dozens of articles and commentaries on a wide range of media and entertainment legal topics in the industry and national press and has appeared as a commentator on both radio and television. He is the author of ‘The Filmmakers’ Legal Guide’ now in its second edition. 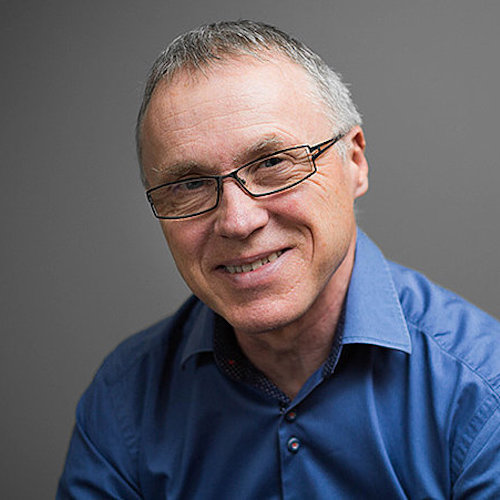 Dave Morrison (Movie Money) is both a Chartered Accountant and Chartered Tax Advisor, Dave was a tax manager at two large firms before spending a number of years running his own (MOBO Nominated) DJ, club and concert business.  He joined NLP in the late 1990s and his association with the world of entertainment continues, with specific areas of expertise in Creative Industry Tax Credits and EIS share issues. Along with his skills with regards to tax enquiry work, Dave has also represented clients at tax tribunal cases and takes a keen interest in a wide range of technical tax matters.

He was chairman of the Institute of Chartered Accountants’ Entertainment and Media Group for several years and regularly presents and writes articles on issues salient to both the entertainment and tax industries.

Beyond that, he spends less evenings dancing, now opting to spend his weekends cycling, accomplishing most Audax awards and completing many prestigious British and European rides. He even has a trophy or two at home! He also still proudly holds a season ticket at QPR.

Having previously served as the Investment Manager at London based The Fyzz Facility Jasmin Morrison (Movie Money) has been involved in the financing of over 100 feature films and has experience working from conception to distribution.

Jasmin Morrison has wide experience as a film professional having worked in production, post production and film finance. In 2019 Jasmin founded Soul Cognition a production and consultancy company which is committed to diverse stories from a myriad of filmmakers.

Jasmin is also an experienced public speaker having presented at numerous events worldwide including at SXSW, Film London’s New Entrants course and having been featured on The Best Girl Grip and  Screenster Podcasts. Jasmin also serves as a consultant for Breaking Through the Lens.

“I found Producer’s Foundation Certificate course very worthwhile. Five days after finishing the course I am now in the process of producing my first two projects.” Justine Penn

All classes were informative and the tutors chosen were so knowledgable. Although I know there’s a lot more I need to learn, I feel a lot more confident about handling the role of a Producer. Marcus Abington

Ask a question about the Producer’s Foundation Certificate