This year, Raindance put community first with free morning screenings, full community days and a focus on the people that make Raindance tick!

Your enthusiastic response to our crowd funding campaign allowed 150 under 25-year olds to attend Raindance’s Emerging Filmmakers’ Day for free! Not stopping at that, we invested our Patrons’ generous contributions into a VR Community Day and a series of morning screenings, free to charitable and community groups.

A patron, member or other contributor? Or just interested in Raindance’s commitments to the wider filmmaking community? Read this summary of the projects and networking opportunities we’ve hosted this year!

This year Raindance out-did ourselves, offering daily morning screenings for free to the charities and community groups we love and admire! We started off with a Silver Screening of Babysplitters and were joined by the enthusiastic group from North London Cares. We also ran our first Parent & Baby screening for Festival favourite Greener Grass. Thanks to guidance from Raising Films and support in the form of crèche toys and play-matts from Lewisham Toy Library, we were able to open our screens to parents and their sprogs!

In another first, we hosted the inaugural Total Arts Film Festival at Raindance. This network of disabled young people aged 11-19 have been working on films over the past couple of years with Total Arts & Cambridge Junction. On the first Saturday of the Festival they road-tripped down from Cambridge to share a few of their projects with us. It all looked spectacular on the Raindance screen!

Raindance is proud to have a truly extraordinary VR or immersive film programme curated by Maria Rakusanova. However, we recognise that it can be a higher cost, and therefore more exclusive, experience… with this in mind, we opened the doors of our Raindance Studios so that community groups could explore VR for free! This year we were lucky to have the young people from The Working Party along for the ride, most of whom had never experienced VR before. Two of our generous filmmakers, Nanna Gunnars and Owen Hindley, from A Box in The Desert, joined us to host and introduce the incredible world of VR!

Not ones to stop while the night is young, we also hosted an evening in partnership with the Independent Film Trust. Represented by Charlotte Knowles, the IFT were launching their latest project COLDHARBOUR.This is a VR film produced by, and about, members of the Brixton Market / Coldharbour Lane area. A mixed group of filmmakers, VR fans, patrons and the IFT group all gathered over Prosecco to celebrate the imminent opening of their exhibition! 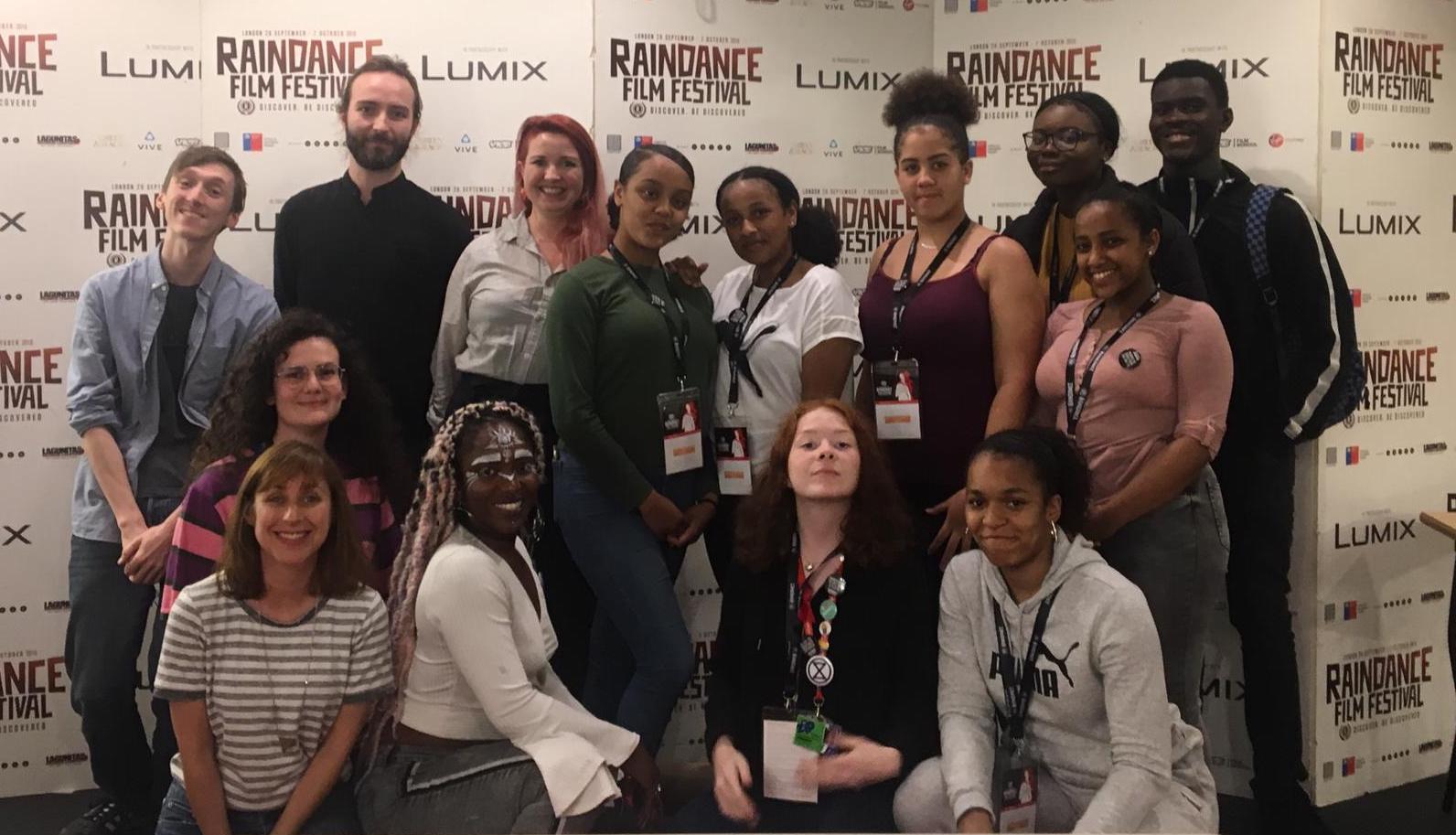 Thanks to The Working Party for introducing Raindance to these wonderful young people! 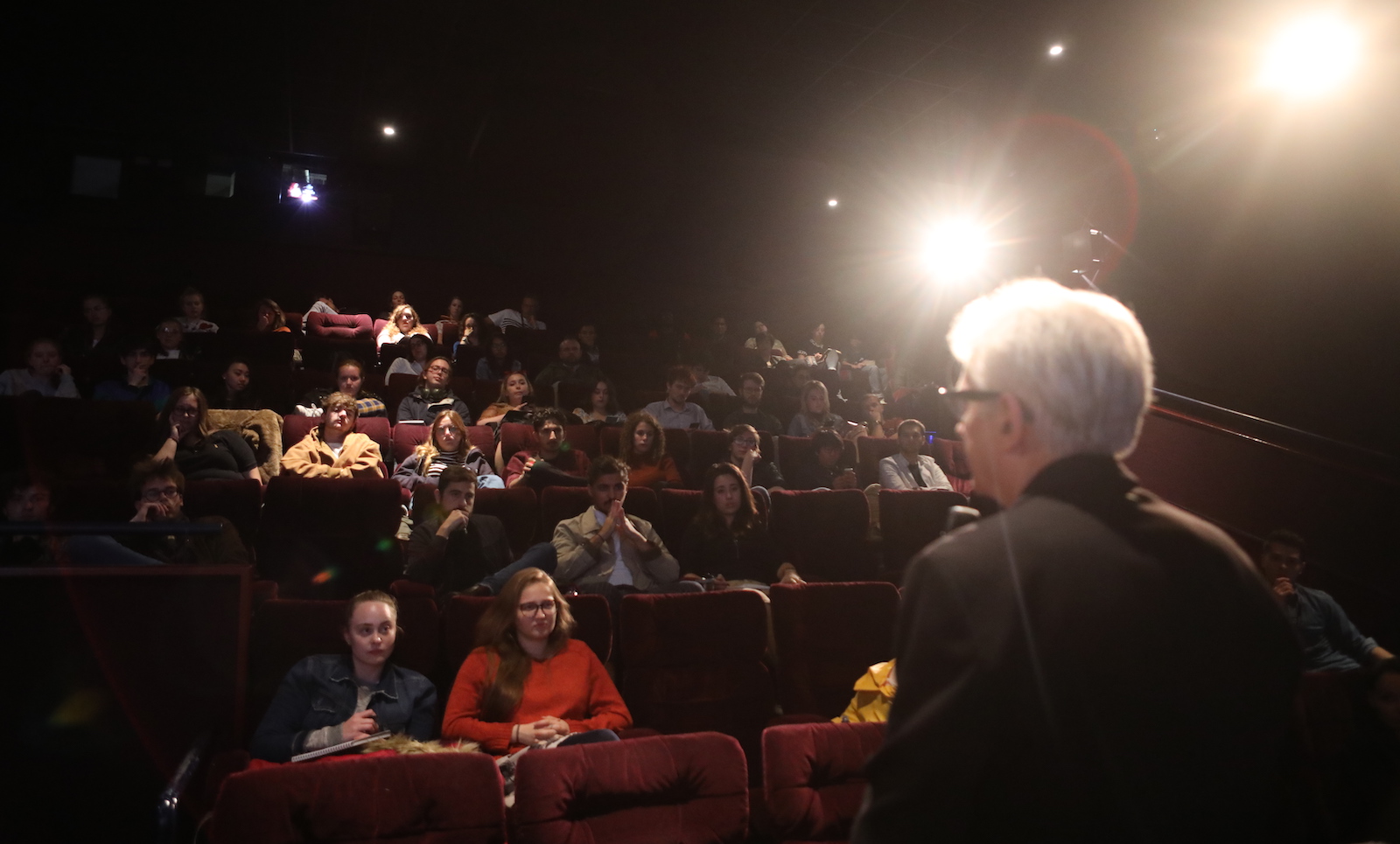 Elliot Grove speaks to our room full of emerging filmmakers!

This might have been the best Emerging Filmmakers’ Day yet! What a way to start the day – an inspiring and heartfelt conversation with Ed Skrein?! He even brought us an exclusive screening of his short “Little River Run”. Sitting down with Raindance Founder Elliot Grove, Ed opened up about representation, London, directing versus acting and, of course, the importance of young people in the film industry!

We followed that on with super important talks from Raindance partner De Montfort University and Freelance Circle. We finished it all off with Elliot Grove’s dynamic Pitching Skills workshop. There were even a couple of pitches from the audience! It was a full day of fascinating, much-needed conversations that never made the mistake of oversimplifying for our young audience!

The Raindance community is independent and self-motivated, so we don’t really need to do much to keep it alive and kicking… that being said, we want to give you guys the spaces (and the drinks) to gather in and plan that next project! This year, we ran a Raindance favourite Boozin’ n Schmoozin’ in collaboration with Festival Formula. We hope all of you there got the chance to schmooze them – real gurus of the festival circuit!

There were also private Members’ Drinks, kindly hosted by the Virgin Money Lounge. It was an intimate and buzzy few hours spent sharing a drink with programmed filmmakers, patrons and jurors… We hope to see more of you Members there next year! 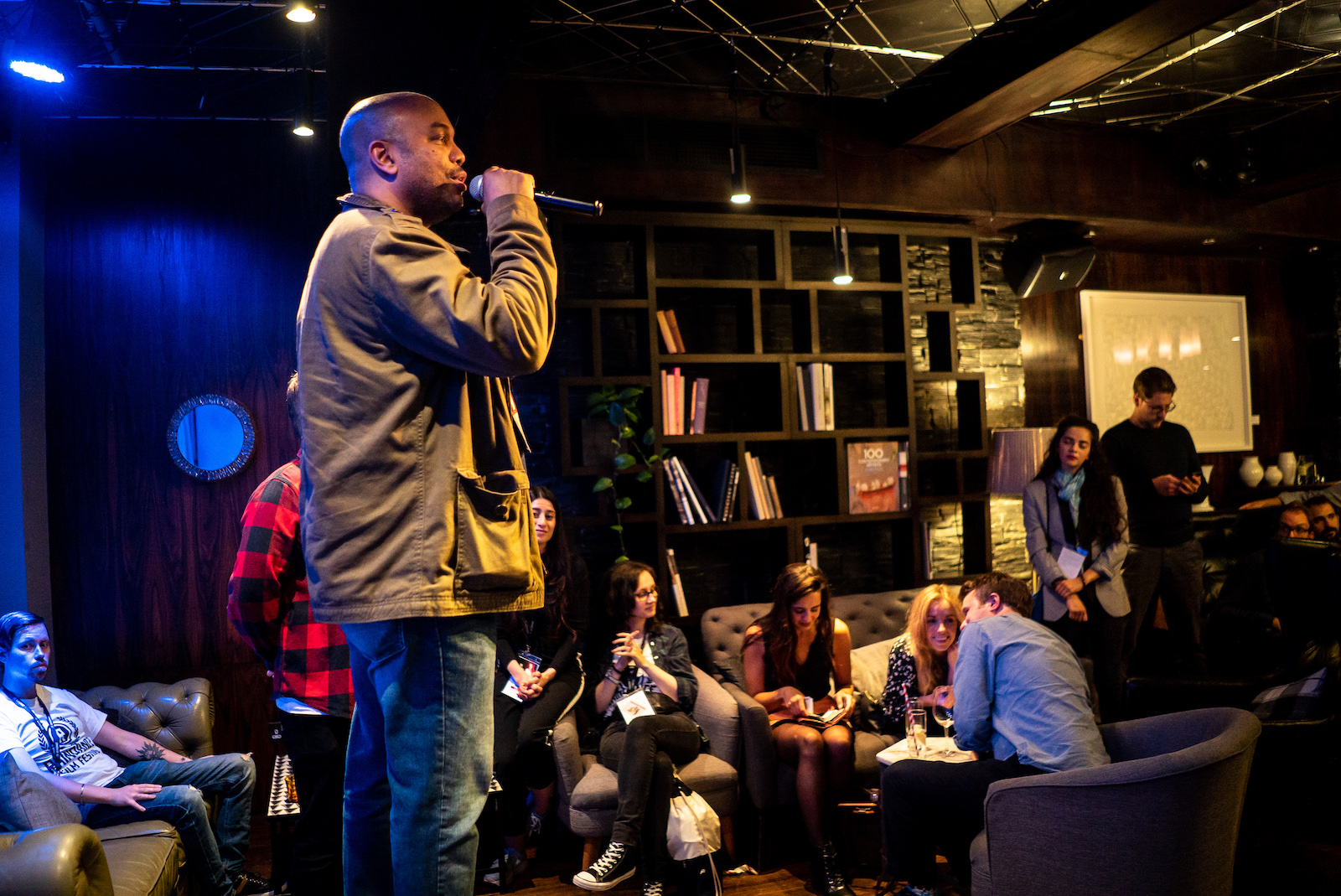 As a team, and personally, writing to you as Development Officer, Raindance is proud of the varied and ambitious Community programme we delivered this year. We are all passionate about expanding the reach of the film industry and championing the underrepresented and un-empowered.

We would not be able to achieve these things without the generous support of our members, patrons, and partners. We will continue to pursue and deliver community projects and events throughout the year. Get in touch if you would like to get involved or check out our individual giving pages here.

If you are a community group or charity who would like to find out more about our Development and Creative Learning programme or get in touch with an idea for collaboration, please email kezia@raindance.co.uk

Cheers for a great Festival,

from the Raindance team!

Kezia joined Raindance in 2014 as a volunteer, and progressed from internship to events assistant and now, to her new role as Development Officer. She looks after the wide Raindance community, as well as developing access and creative learning programmes. She was born in London and grew up in Bosnia, Kenya and Switzerland; she brings this open-minded, international perspective to all her work. She is a firm believer in the power of art to affect real-world change!