How To Tell If You’ve Have A Commercial Screenplay Idea 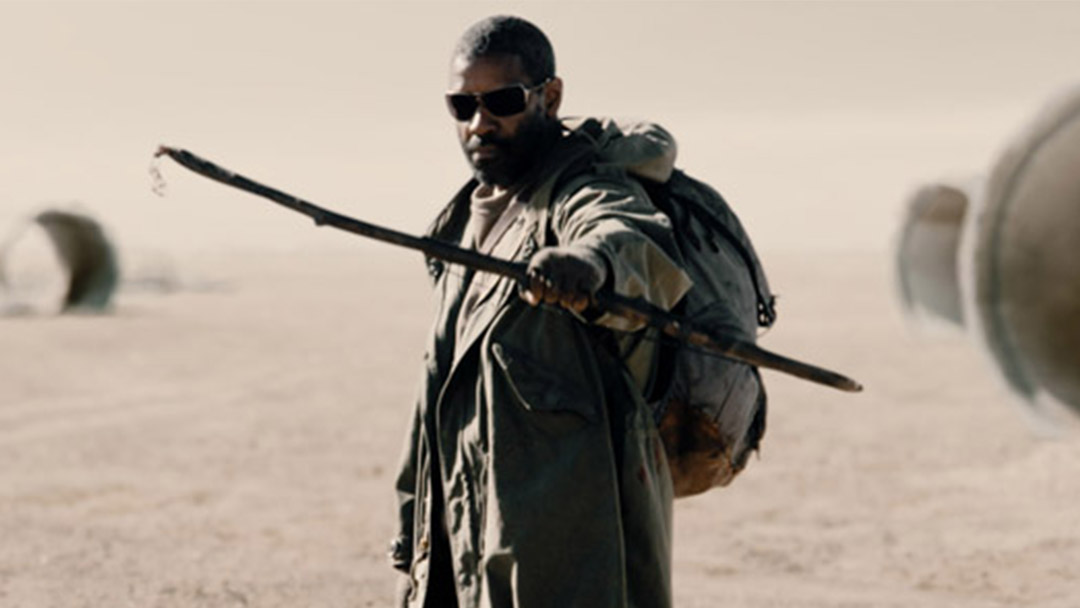 How do you tell if you have a commercial screenplay idea? I’ll admit it right away: you can’t.

Sure, there are some genres that have been a hard sell for a long time, namely Westerns and, more recently, romantic comedies, but a brilliant screenplay in either of these genres would have a good chance of being made, even if it took longer than it might for a brilliant sci-fi or fantasy script.

Example: The Book of Eli

One example of a script that seemed uncommercial, even to its author, Gary Whitta, is The Book of Eli. He told CreativeScreenwriting.com that he didn’t even pitch the idea to his agent and manager because he knew they’d tell him to forget it because it wasn’t commercial.

Here’s the IMDB summary: “A post-Apocalyptic tale in which a lone man fights his way across America in order to protect a sacred book that holds the secrets to saving humankind.”

That leaves out the fact that the protagonist is blind, which may have made it seem even less commercial.

Witta went ahead and wrote the script, in under a week and in a kind of creative daze, the kind we all wish for and that’s never repeated itself with him.

Even when they read the script, his agent and manager told him it wasn’t commercial but that they’d send it out anyway. Four months later it was bought and eventually it was made into a film starring Denzel Washington. It grossed about $157 million, and moved Whitta onto the A-list of writers.

The moral of the story

If you are really passionate about an idea, don’t let anybody—-even yourself—talk you out of writing it because it doesn’t seem commercial enough. That may turn out to be the case, but if you don’t get it out there you’ll never know. It’s possible that it will be the script that will do for you what The Book of Eli did for Gary Whitta.

But there’s a catch

The catch, of course, is that the script has to be good. In fact, if it goes against the conventional wisdom of what’s commercial, it has to be REALLY good. Passion is great but it has to be married to craft if the result is to have a chance of success.

In my Script Coach workshops you’ll discover how to achieve that union. We’ll also cover how to overcome writing fears and doubts, how to deal with rejection, and how to get your work into the marketplace.

Jurgen Wolff is a writer, teacher, and creativity consultant. In the United States, he wrote for sitcoms including Benson and Family Ties. He wrote the feature film, The Real Howard Spitz, starring Kelsey Grammer and directed by Vadim Jean. He was a script doctor on the hit film, Mannequin and others starring Michael Caine, Walter Matthau, and Eddie Murphy. For Germany, he co-created the comedy series, Lukas, which ran for 65 episodes, and an original comedy series called Krista. He also wrote nine episodes of the series, Relic Hunter. He wrote two TV movies for the Olsen Twins, and several the German TV movies including, On Top of the Volcano, starring Maria Schrader and Sebastian Koch (2007). His play, Killing Mother, was produced at the Gorky Theatre in Berlin, and he’s also had plays produced in New York, Los Angeles, and London.

As a writing and creativity teacher, his courses include Beyond Brainstorming, Create Your Future, The Creative Breakthrough Workshop and the ground-breaking Script Coach Series developed exclusively for Raindance. He has presented his courses at the University of Southern California, the University of Barcelona, the Skyros Institute, many films schools, and groups and organisations including The Academy for Chief Executives, Egmont, Grundy-UFA, and Columbia-Tri-Star. For eight years he was a visiting lecturer for the Pilots Program in Sitges.

He has written for many publications including the Los Angeles Times, the San Francisco Chronicle, Broadcast Magazine, and he is the editor of Brainstorm, the creativity ebulletin.